This was a long month.....no more! I am going to take a break from daily posts on a defined subject for a while. To wrap up my month of Basic/Expert/Rules Cyclopedia D&D I am going to discuss what this game has meant to me over the last 34 years, and how it's versatility and value has shifted to me over time. 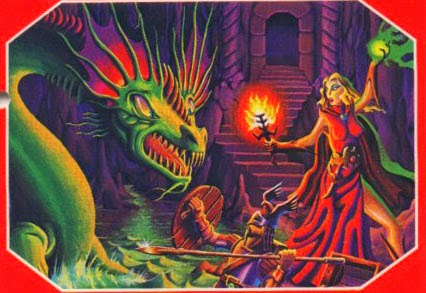 Late in 1980 as a young man I acquired the Dungeon game, and sometime early in 1981 (I assume 1981, as it looks like the Mentzer Basic set came out that year) my parents were gracious enough to purchase the game for my sister and myself. It wasn't until I found Gamma World that the game "clicked" for me (I was only ten years old at the time) and I figured out what it was all about. Thereafter things were never the same and one could argue for better or worse that I was destined for a certain kind of path in life thereafter.

Basic and Expert D&D served me well initially as introductions to the concept of RPGs and later as rules addenda to AD&D, which was a convoluted but fascinating mess. When I couldn't figure out what the hell Gary Gygax was going on about with initiative and sequence of actions in the DMG I would instead turn to Basic and Expert D&D as the clear rules which explained how it worked. Back then it wasn't entirely clear to me that B/X were mechanically that different from AD&D....just more cleanly written. So for most of my AD&D days I spent my formative years using the PHB/DMG/MM as supplements powered by the core mechanics of B/X D&D.

Later on I lost my obsession with AD&D as I discovered more games and branched out, but at some point in 1987 I must have rediscovered B/X in a sort of purist fashion as I tried writing some scenarios for that edition, including a solitaire, which I published in my fanzine of the day, "The Sorcerer's Scrolls." I was revisiting AD&D and B/X at that time, with the intent of "relearning" them from my later-day high school perspective, and the mindset of one who now regularly ran Dragonquest, Runequest, T&T and DC Heroes RPGs. There must have been something I liked in B/X back then from the "revisitation" because I wrote several articles specifically and only for that version of the game around that time.....but this wasn't really going to go over all that well, of course, in a fanzine primarily dedicated to non-D&D games and T&T in particular. C'est la vie.

B/X D&D remained "out of my life" for a long time. In 1991 the Rules Cyclopedia appeared and I got a copy, but I was deeply into AD&D 2nd Edition at that time and couldn't appreciate the system for what it was, although I admired the fact that the entire BECM set could fit into a single rulebook.

Basic/Expert wouldn't resurface for me until some thirty-odd years later, with the OSR movement. Labyrinth Lord and others got me started back on the track, and WotC releasing the dndclassics.com website made it possible to resume collecting these books once more in a clean, easy to read and print format. Daniel Proctor deserves a great deal of credit for keeping B/X and its concepts alive; Labyrinth Lord is far and away the best of the OSR retroclones in my opinion (with the caveat that in a world of porterhouse steaks cooked to perfection I am simply declaring one porterhouse to be more succulent than the others...)

Today, as a middle aged gamer who's been through a lot, gamed consistently for three decades and moved with the currents of game design from the era of the classics to a modern age where game design can somehow take a rule as simple as "roll a D20 and aim for a high number" and turn it into a 600 page rulebook. What's happened is that eventually you crack: you reach the apex of complexity, the pinnacle of system mastery and design, and you realize that you are so far removed from your very roots, that you can't even remember what it was like to be there on the ground anymore.

People like to say the OSR movement is driven by nostalgia, but I ask....how can one be nostalgic about something that seems so far away, so distant? I rather think there's something else going on....

OSR retroclones, the "D&D-likes" as I call them, helped rekindle an effort not to remember the good old days so much as realize that there was never anything wrong with the good old days, the way we played. Finding B/X D&D again for me was a realization that the quest for verisimilitude and depth in gaming doesn't come from the rules, it comes from the people playing. The rules are a fantastic vessel for adventuring, for creating a good story....but they are only hampered by one's perception of the rules as a necessary conformity to that process. Seeing B/X D&D now, at an age where I am a career businessman with a son and wife, and so very little time, makes me realize that sometimes the best rulebooks are the ones that give you the smallest starting point, but within that point they pack a whole lotta punch to get you started. Basic and Expert D&D did that extremely well, and with absolutely no need for more than those two books (though they had many great adventures and gazetteers,all of it was optional). No edition of D&D since the days of B/X has managed to do this, and the Rules Cyclopedia was the grand last hurrah....until now.

So....that's my story about B/X D&D and why I find it such a great "new" discovery, a game that got better with age, and is now perhaps my favorite iteration of the game. Now....time for a break! Honestly, one of the reasons it was grueling to write an entry a day for B/X D&D was that the game is so generally complete that it's really hard to do much more than generate new monster and magic items ideas for the game. Next time I do this I think I'll pick a system that's not so damned self contained! 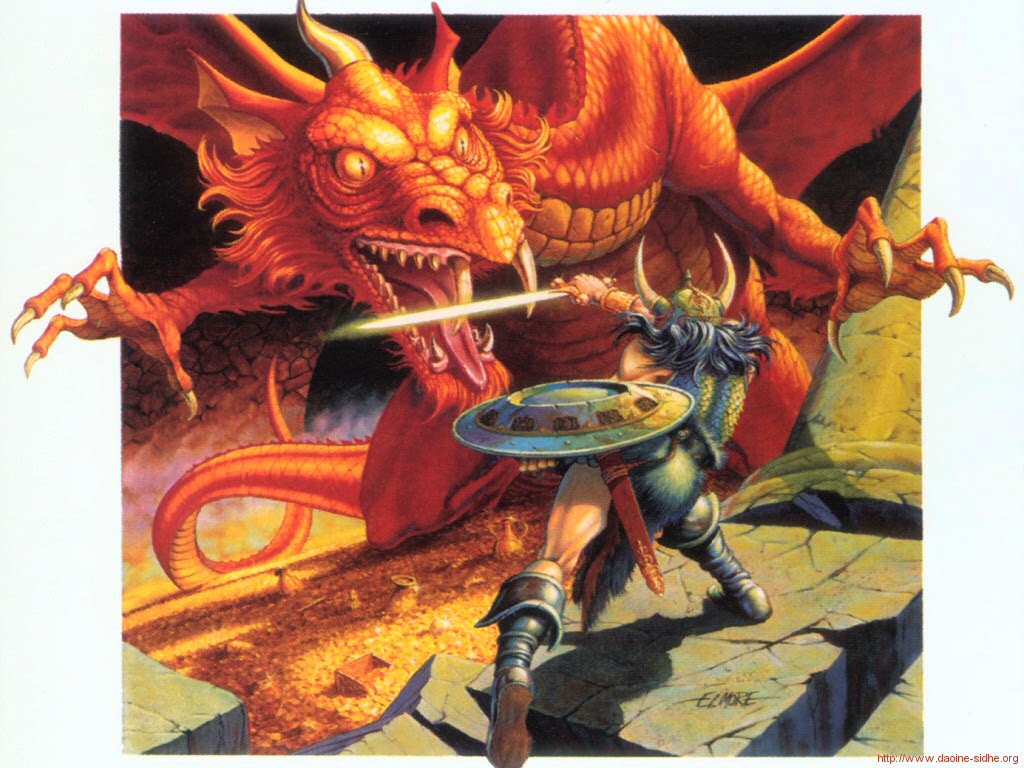