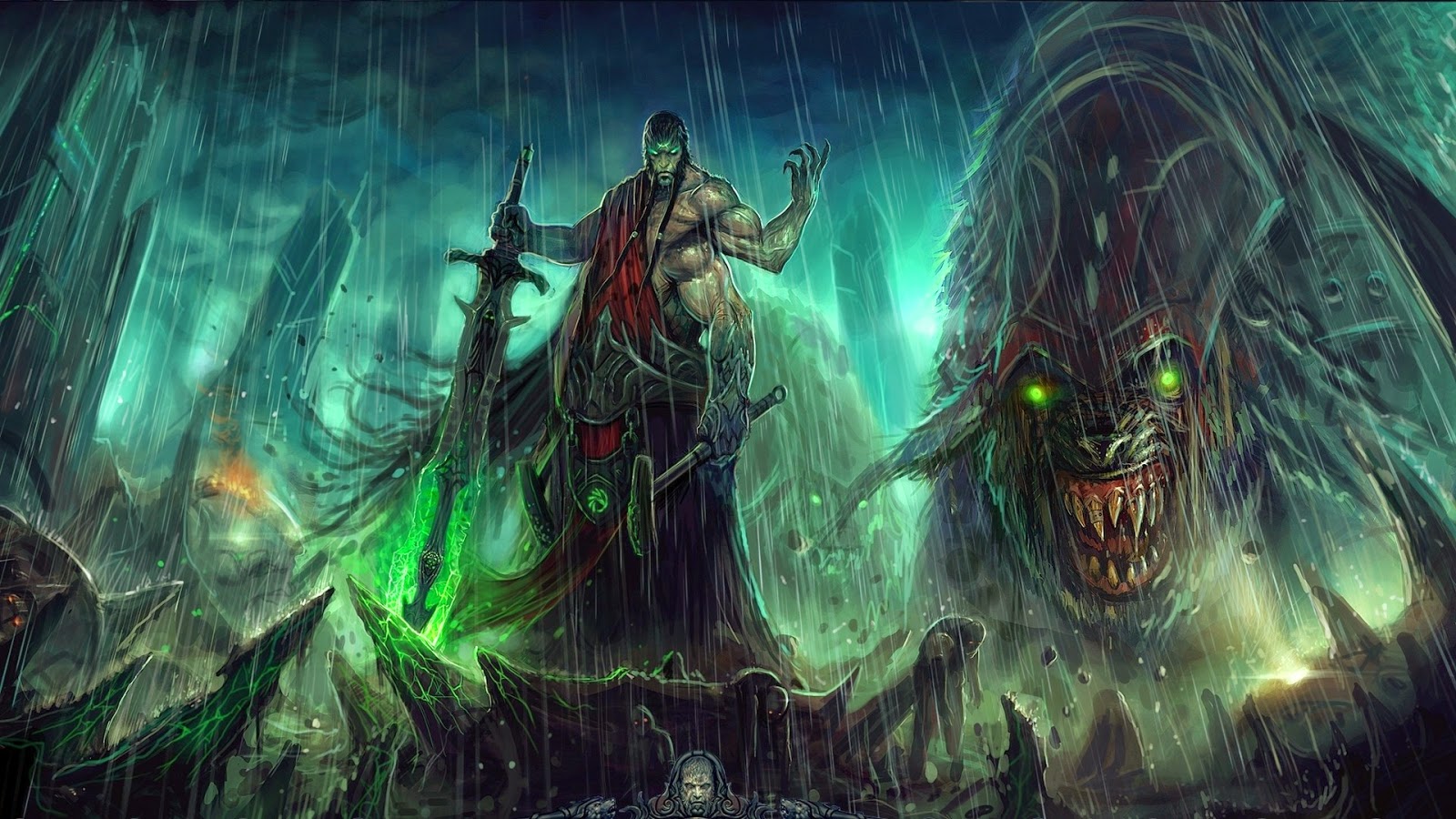 Demons never make an appearance in B/X D&D, probably for two reasons: first to keep it as kid-friendly as possible (given the reputation D&D had back then) and second to help distinguish it from AD&D which had loads of demons and devils. Ultimately we'd have to wait until Labyrinth Lord's Advanced Edition Companion for direct demon and devil stats that were B/X compatible (or just use the Monster Manual....)

My Lingusia campaign relies on demons a lot, and I worked up stats for random demon generation in Castles & Crusades for the Keepers of Lingusia book many years ago. Here now is a B/X friendly adaptation of those same rules for those interested. 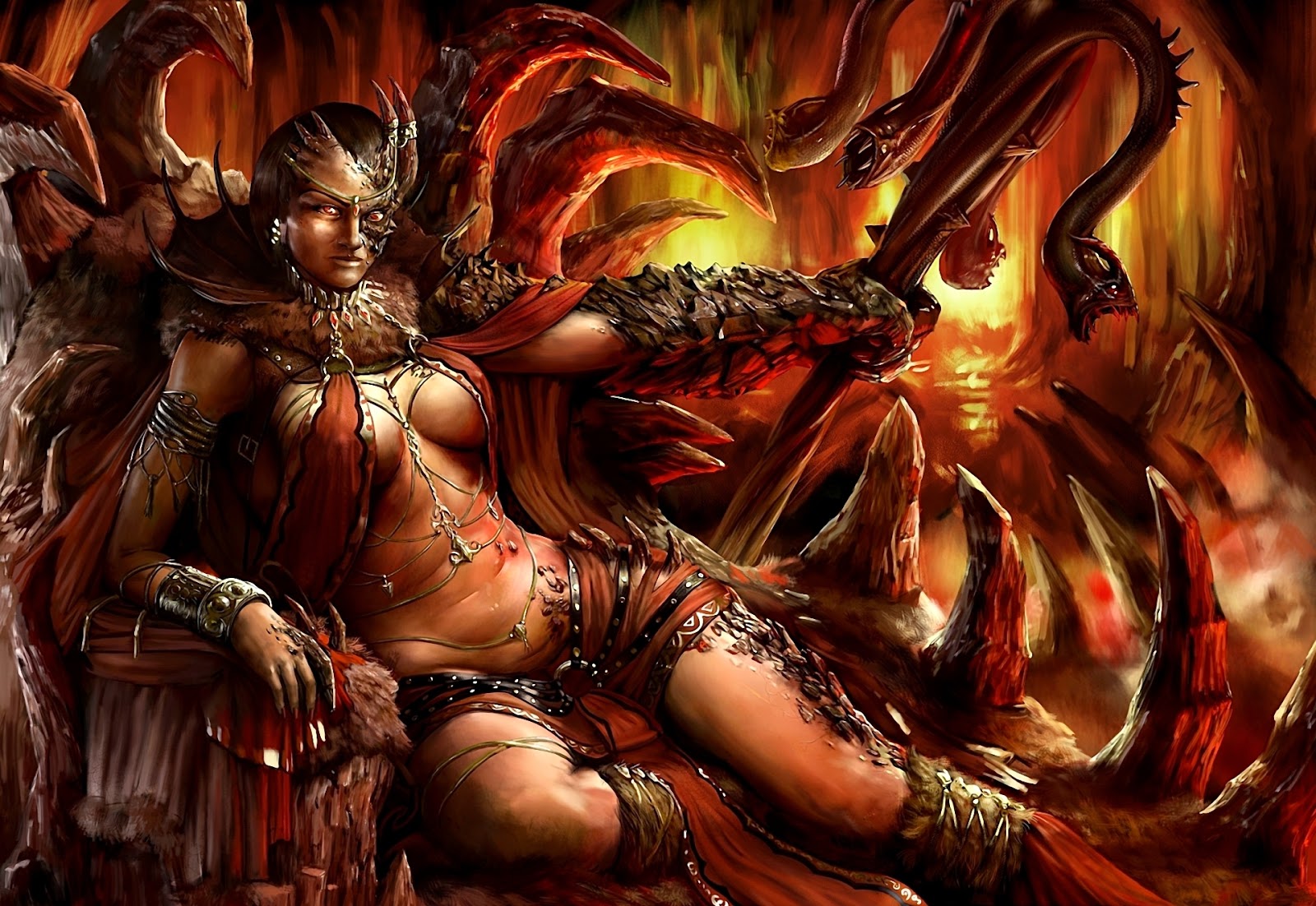 Infernal Damage: demons are chaotic beings, and their barehanded attacks can cause searing pain. Anyone hit by their claw attacks must make a save vs. poison or suffer a –1 modifier to all attacks and saves due to the pain for 1d10 rounds. This is not  cumulative.

Darkvision 60 feet: All demons can see in total darkness, and often prefer it.

Spell Resistance: The devonin are particularly resistant to magic, though it is suspected that they actually absorb it. A demon gains spell resistance of 5% per hit die to a maximum of 90%; each time a spell directly affects the demon the spell caster must roll a D100, subtract his caster level, and beat this number for the spell to take effect.

Resistance (attacks): Demons are naturally resistant to mundane attacks; only +1 or better weapons can deal damage. For barons, lords and generals it is +2, and for high lords it is +3.

Planar Gating: All demons may gate themselves to and from the Abyss at will unless bound by magic or soul gem to a wizard on the mortal plane.

Magic Use: All demons except slaves have magic user abilities of a level equivalent to their hit dice. They know a number of spells equal to twice their magic user level.

Attacks: As indicated above demons have various claw and bite attacks that deal damage based on level. Roll as follows for total number of attacks (D10):
1-4 normal (2 claws and one bite, may use weapons; 15% chance of a magical weapon it uses)
5-6 roll 1D8 for number of claw attacks, plus 1D4 for number of bite attacks (may have multiple heads or mouths)
7-8 as 5-6, plus has a strangulation attack (1D10 +1 damage per 3 hit dice, and target is grappled)
9 as 5-6, plus crushing attack (target must make a save vs. paralysis to escape, or takes 2D6 +1 damage per hit die of demon in damage each round trapped under the demon's crushing strike)
0 roll twice above; all results stack (so a 5 and a 6 means potentially 2D8 claws and 2D4 mouths!)

Special Movement: Each demon gains one special movement form (roll 1D10):
1-2 flight (wings)
3-4 burrowing (bores through the earth like a worm at normal speed)
5-6 teleportation (as the spell, at will)
7-8 incorporeality (movement through the ethereal like a ghost)
9 normal movement, but as a snake
0 roll twice (or three times if you get this a second time)

Summoning: Demons must be summoned to the mortal plane by magic, they normally cannot go there on their own.  This can be performed using complicated rituals performed by a magic user or cleric of at least 11th level, and requires a blood sacrifice equal to 1D8 points of damage, while conducting a ritual that takes 1D8 hours before an eight-pointed pentagram.

Invisibility effects: Powerful demons (of baron level or greater) can detect invisibility and turn invisible at will.

Organization: The organization of the demons is quasi-feudal and ever-changing. The only safe rule is Might Makes Right. Usually, only one such being is encountered, but on occasion a misguided cabal of wizards can summon dozens, or even (as with the War of Strife) thousands.

Treasure: Lesser demons rarely have treasure. Greater demons always have treasure, usually hoarded and well protected in some planar region of the Abyss, or similarly hostile plane. Barons and greater always have magical items, in the form of jewelry, garments, or weapons and armor to aid them. Such items are also often cursed such that non-demons will be horridly corrupted by such items.

Description: In the era of the primordials it is said that demons as a species or category of planar creature did not exist, but when the war against the primordials began the elder gods forged vast armies of demons from the souls of their mortal flock, using a great breeding pit in the Outworld called the Abyss from which these endless armies poured forth. Alas, when the war was over and the Enkanneth stood victorious, the demons still ravaged Outworld and survived like a plague in the weeping wound that was the Abyss.

Demons have a loose heirarchy that is in constant flux. They exist only by virtue of those souls which pledged themselves to the primordials, so demons have a vested interest in making sure that mortals continue to be tempted to seek out the worship of the elder gods. In time, a demon can gain great power and prestige, but also at great cost; demons must literally fight, hack and slay their way to the top, and often survival at the pinnacle of power is short-lived before another younger demon slays his master. Only a few demons have reached the rank of high lord and managed to keep it for very long.  In Pergerron these demons include Yazgoth, Volmarr, Trebeshak and Vaskuul. 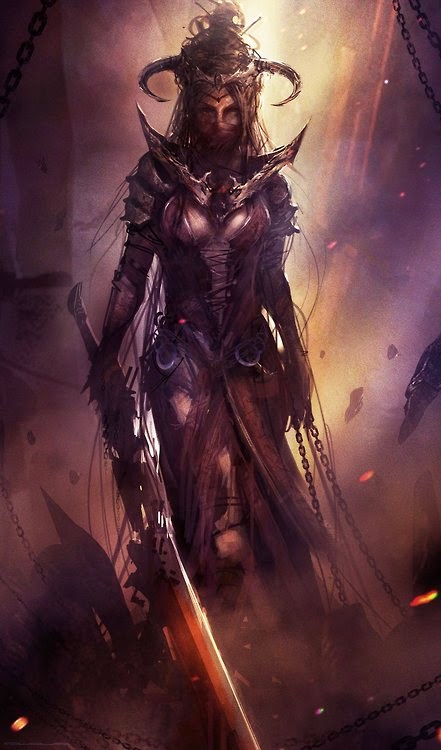