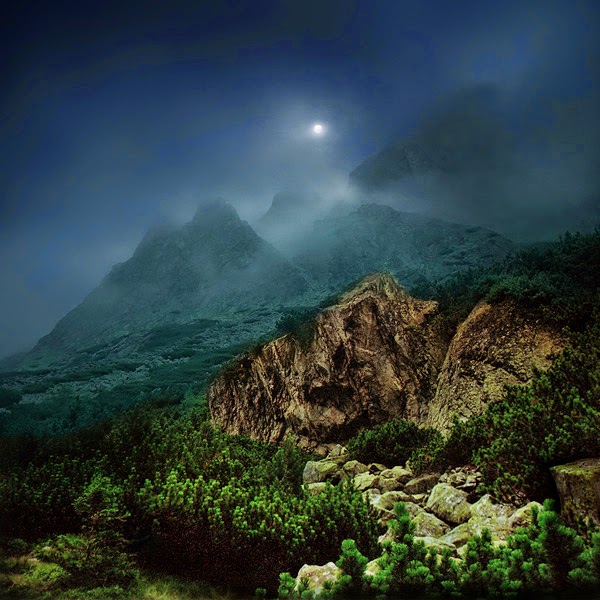 In many ways Verethrunes is a gateway to a stranger world. The Anansis River pours out from the mountainous heights with disturbing ferocity, and on several points along its length the waterfalls are so expansive and unbelievable as to put to shame Earth's largest and tallest waterfalls.

Travel upriver into the Verethrunes Mountains is impossible; hiking overland and deep into the mountains is the only feasible means of travel. Even then the going is rough, as the mountains jut up from the low, vast basin of the deserts below, soaring from an elevation of 1,000 feet to nearly 11,000 feet in the space of a few miles; the mountains themselves serve as a nigh-unpassable gateway to a highland tundra plateau some hundred and fifty miles north called Aiga, an inhospitable domain said to be perpetually frozen. Though men of the River Kingdoms say the northern tundra of Aiga is inhospitable to all creatures, a local people called the Yeo'mangana dwell there in modest nomadic tribes, surviving with several monstrous and demihuman kin.

The mountains themselves are a sufficiently great obstacle as to deter all travel to the north for all but the hardiest explorers, however. Most distinct is the fact that the Verethrunes are a battleground for four factions, each of which lays claim to the mountains and seek to eradicate the others. The four participants in this neverending war for territory are:

Gadahan and the Stone Giants: ruling the western slopes of the mountains, the stone giants revere the mountains as their birthright, claiming they were born from the stone of the greatest peaks when the primordial god Sambador bled upon the world during his great battle with the Enkanneth. The stone giants despise all lesser non-giants and barely tolerate their own kin.

Despite their general hostility toward other beings, Gadahan and his people are at least reasonable in their belief that they have some ancestral claim to the mountains, and their willingness to battle for their claim of ownership is their primary motivation. A few doubt the good intentions of Gadahan and his crew, however, suspecting that there are vile secrets within the Frost Giants' Fortress that Gadahan desperately wishes he possessed. 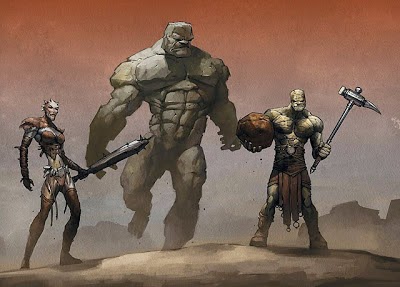 Eska, Queen of the Frost Giants: the frost giants rule from the high peaks of the mountains, and war almost constantly with any who would attempt to dethrone them. The highest peak in the mountains...atop Mount Scaref, holds the Frost Giant's Fortress. The frost giants revere their queen almost like a goddess, though she is a known priestess and mage in the service of the demiurge Yoka Vataras. The affiliation with frost is believed to stem from the unending cold that pours from the realm of darkness that Yoka Vataras has claimed, and there is a belief that the fortress contains at its heart a hideous, perpetually open portal to the chilly void where Yoka Vataras dwells.

A side effect of the portal to the void and the embrace of its frost magic is that any who die upon the slopes of Mount Scaref will inevitable return from the dead as a frozen wight or worse, and continue a pilgrimage to the fortress. The fortress for this reason is not only guarded by frost giants but by an army of undead stemming back centuries, lured to the citadel's dark portal within. Indeed, it is said that a particularly hideous undead called darkhood cluster about the void portal itself as protectors, allowing only dedicates to Yoka Vataras close enough to commune with the demiurge of the quintessence. King Grassenor and the Dwarves of Votenholm: The dwarven nation is strong in Votenholm, which has a modest surface presence near the great Astrial Falls, the single largest waterfall expanse in the world measuring 1,233 foot drop and 2.4 miles across. The monuments of the dwarves dot the cliffs and shores of the immense lake that rests on the other side of the falls and at its base, older monuments sometimes collapsed into the very river or built along the walls of the waterfall's cliffs itself. The dwarven city stretches deep into the earth, and utilizes the water power generated from cultivated runoff of the mountain lake and falls to power great forges and other ancient instruments of destruction. The dwarves of Votenholm pay homage to King Grassenor himself, a dwarf of two hundred years but still young in appearance thanks to the Hammer of Sakhar, a potent weapon which is said to imbue immortality upon the wielder and great skills in smithing.

The dwarves of Votenholm are almost as impressive in their mistrust and hatred of outsiders as the giants, and are especially suspicious of feyfolk such as gnomes and elves, whom they despise for grievances related to the long-lost era of the Earth Kings, which they claimed was an era that came to an end thanks to the betrayal of the elves. Humans and halflings are grudgingly appreciated for the exotic trade they can bring to the table, but most other demikin are despised.

Those who wonder why the giants have not destroyed the dwarven cities, or at least the surface monuments will learn that a handful of the giant hephaeston have allied with the dwarves, serving the King in the name of the forger god, Sakhar. The hephaeston believe the king is the spiritual vessel of the god and that Sakhar's voice and Grassenor's are one and the same. The Chaos Forces of Pearl and Dragonholm: The fourth and arguably deadliest faction in the mountains can be found along the northeastern heights, where the greatest cliffs and most treacherous drops can be found. Nestled along these great cliffs are a vast array of carved monuments at the entrances to dozens of hollows and caverns, where the dragon queen Pearl rules.

Luckily for the other factions Pearl has been in a dreaming state for nearly three centuries, and has awoken only twice during that period, once to fly out and lay waste to the distant city of Pavagar, where she did not let up until the city was a smoldering ruin and not a soul survived. The legend says that it was the wizard Paramiculus who earned her wrath for reasons best not repeated, lest it happen again. On the second occasion, less than three decades ago the frost giants recruited a vast army of goblinkin and orcs and assaulted the cavern-fortresses of the dragonkin in service to Pearl, but the fight was short-lived. Before the void magic of Yoka Vataras, imparted to the frost giant king Sumalor could be released, Pearl awoke and destroyed him. It is now rumored that the heights of the region of the Dragonholm of Pearl are wandered by his undead void-riddled corpse.

Today the Dragonholm is dominated by a cadre of chaos dragons, mostly whites with a few reds, blacks and medley of the other dragonkin who frequently awaken for raids on the lowlands of the world, while using the labor of kobolds and other enslaved lesser races to protect their nests. There are roughly seventy such lairs spread throughout the eastern cliffs and slopes of the Verethrunes, and one of those holes leads to the lair of Pearl herself....a deadly encounter for any but the greatest delvers.

Though none save perhaps Pearl will admit it, the factions of the Verethrunes are all driven by an intense and secretive desire to possess the Void Portal. The frost giants have held it for centuries, and unbeknownst to them Pearl finds no reason to push for possession since she has learned how to commune with the portal and it's denizens in her sleep. Should an unknown fifth faction ever appear on the scene, that could easily upset the balance and throw the denizens of the mountains into a new war for possession again. Even the dwarves, who seek to destroy such evil in their minds, are in fact driven to possess it, to learn the dark secrets of quintessence that can only be revealed through the void of darkness. 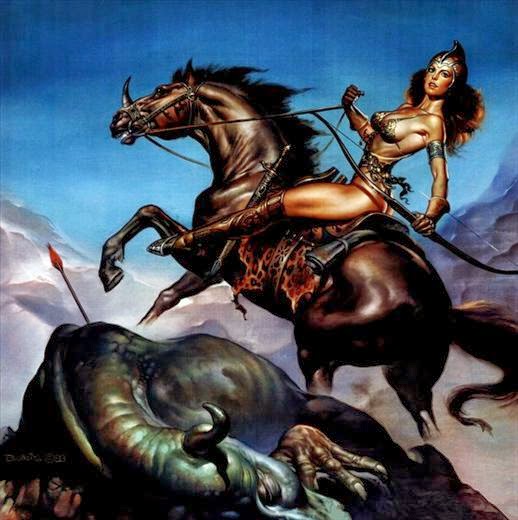 Other Locations in Verethrunes include:

The Fortress of the Grey Philosopher Arathrax: This terrifying undead priest dwells in a fortress-temple once dedicated to Sambador and still occupied by ancient monsters and worse that still swear fealty to the ancient primordial, hoping to awaken the old gods once more. Arathrax was the greatest priest of the god at one time, a living being when the war of the primordials and the Enkanneth transpired, and after Sambador fell he was cursed by Tartessa to exist in undeath within the temple as pennance for his servitude to the primordials.

Cyphraeus the Aktaeon and the Elves of Shulinar: At the base of the great mountains where the river Anansis pours out into the lowlands, there is a thick, lush forest that is teeming with life. A modest community of wood elves led by the philospher-mage Sylanarios the Wise can be found here, living apart from the fierce conflicts in the high mountains beyond, outside of occasiona skirmishes with the denizens of Votenholm or Dragonholm. Sylanarios is an ancient elf, and said to have reached a stage of mystic peace with the world about him, and is able to commune directly with the goddess Abia.

The elves have a nebulous relationship with the protector of the forest, the beast Cyphraeus, an aktaeon of great power who alone has dissuaded most men of the south from even attempting to deforest the region for their great works. It is Cyphraeus's might which keeps the forces of the Witch Queen away.

The Askolani Quarries: Though it has not seen use in recent centuries, long ago during the rise of the great monuments of the River Kingdoms for the immense ziggurats forged in honor of the old kings all of the stonework was cut from the Verethrunes Mountains and sent downriver. Most of the Askolani Quarry rock came from the foothills, for to delve too deep into the mountains was to invite conflict, but the quarries and mines dug quite deep into the lower region of the foothills. Adventurers braving the foothills along one of many minor tributaries and offshoots of the Anansis as it spills out of the mountains will find dozens of abandoned mines and deep quarry pits. The largest of these mines is now called Hasperon's Folly, and is occupied by a large force of ogres, orcs and other monsters under the rule of a mysterious figure known only as the Witch Queen Partherias. Stories of Partherias suggest that she is a half-orc, and has royal blood within her tracing back to Hasperon himself from four centuries earlier, though how this is possible is left open to dozens of wild bard's tales. 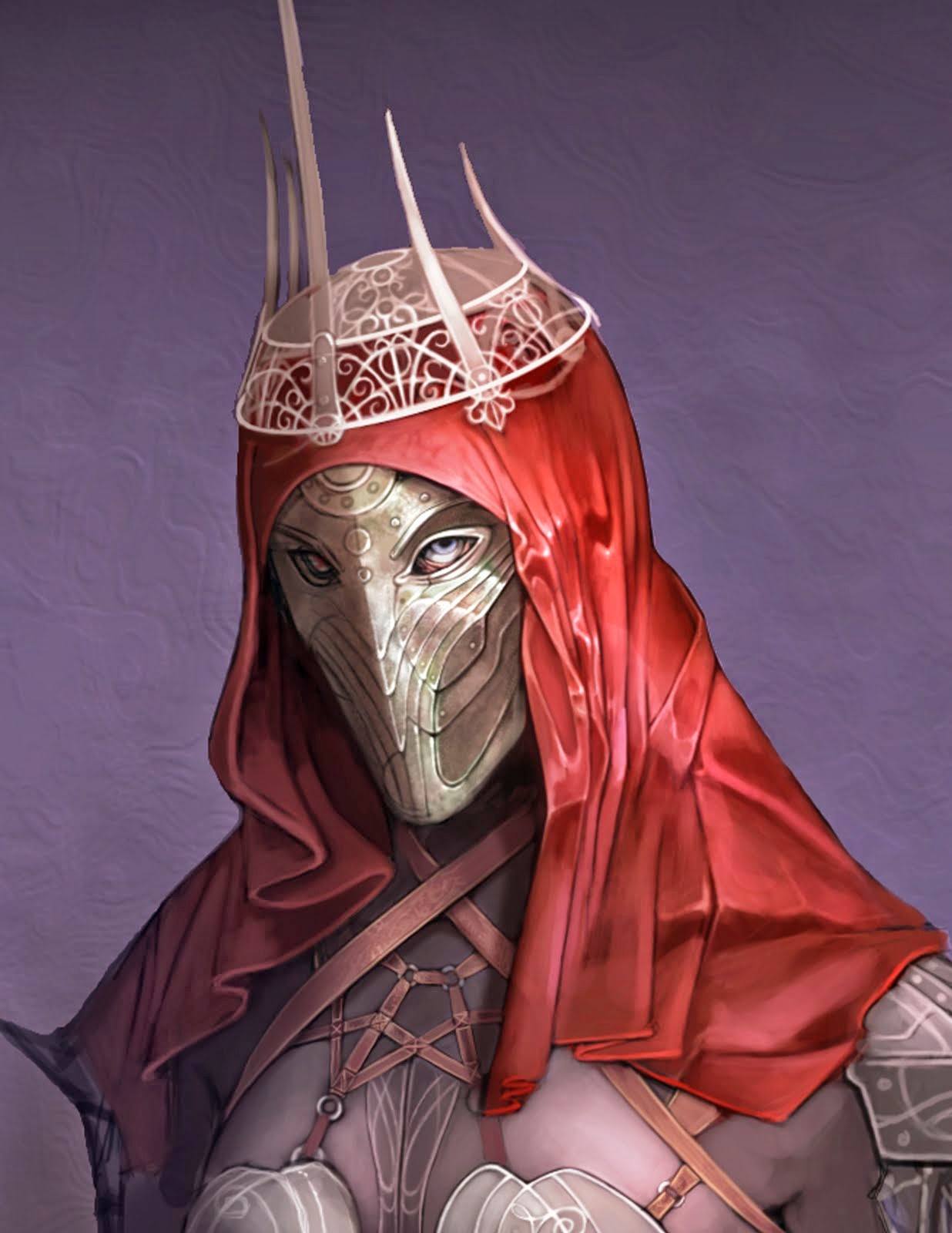