The Primordial Spheres are ten potent magic items, one for each of the great elder gods called  primordials. It is said that each sphere was a gift forged from the primordial darkness, an embodiment of the sacred power and knowledge of the old gods. The primordials coveted these spheres, and kept within them the essence of their might, their magic and their secrets.

When the Enkanneth, the first men, rose up against the primordials and their chaoskin followers they did so with deliberate action, seeking out the hidden places in the Outworld where the primordials kept their spheres. Each Enkanneth stole the power from the spheres, taking all of the energy and lore contained within into themselves. When they were done, the spheres were cast aside, drained of the cosmic energy that had granted true divinity to the elder gods.

The legends say these spheres were discarded as useless, but useless to an Enkanneth...a man made god....is a decidedly different connotation than useless to mere mortals. The spheres have appeared in various regions of the world, often coveted by those who find them, as each one, despite being drained of most power, still contain significant magical abilities that mere men can readily exploit.

Each sphere is about the size of a crystal ball (think a bowling ball) and exhibits a miasma of swirling colors characteristic of its title. The sphere cannot be used without first being attuned to the user: this requires one day of quiet meditation with the orb, after which the user is irrevocably connected to the orb until death or a remove curse breaks the attunement. To invoke the power of the sphere, one need only hold it firmly in both hands and concentrate. Unfortunately such power is also corrupting: each sphere has side-effects if possessed for too long. The side effects appear in three stages; the first stage can be stripped away with the remove curse that breaks the attunement. The second and third stages are more complex, and only a wish can remove their effects.

Unless otherwise stated each sphere casts spells as the equivalent to a 20th level wizard in potency.

Here then are a few of the Primordial Spheres known in existence today: 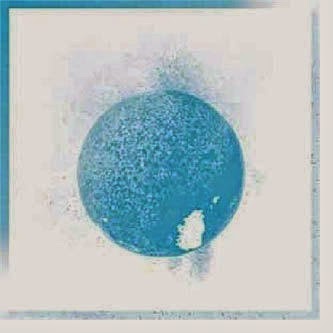 The Cerulean Sphere of Trigaril
The sphere of the primordial of the seas is a deep blue in color, seemingly as if it were a hollowed glass ball with a slice of the deep ocean poured inside. The bearer of this sphere is able to breath water and can swim at his normal movement rate without problem, or suffer any encumbering effects of armor while in the water. The bearer of the sphere may cast water breathing at will, and once per day may cast weather control.
Corruption: After 1D6 weeks the bearer of the sphere begins to develop gills and webbed feet and toes. After another 1D4 months the bearer can no longer survive out of water for more than 12 hours. After 1D4 years the bearer loses the ability to breath air entirely. These effects transpire regardless of any shapechanging or polymorphication. 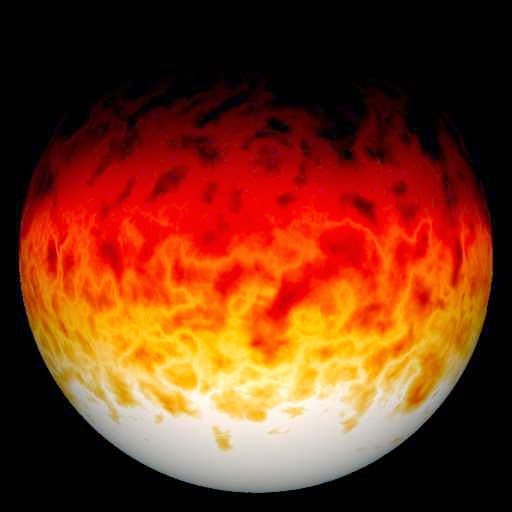 The Vermillion Sphere of Verethax
The sphere appears to be a glass portal into a smouldering inferno, and is always searing hot to the touch; it deals 1D6 damage to any who hold it, except for the one who is attuned to its use. The Vermillion Sphere allows the bearer to cast the following spells as a 20th level wizard each 3 times per day: burning hands, fireball. Once per week the bearer may cast wall of fire and meteor swarm. In addition the bearer of the sphere is immune to fire damage, and can speak the language of fire elementals with innate ability (this is lost of the attunement is broken).
Corruption: after 1D6 weeks the bearer of the stone develops elemental traits from the plane of fire, and finds that anything he or she comes into contact with that can burn will ignite (1D6 fire damage). After 1D4 additional months the bearer of the stone develops the ability to migrate to and from the elemental plane of fire at will. After 1D4 years the bearer of the stone assumes the full properties of a fire elemental of equivalent hit dice. 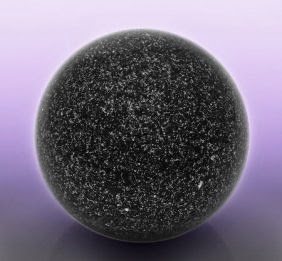 The Ebon Sphere of Yoka Vataras
This sphere is made of pure darkness, a swirling nothingness that all but disappears when the lights are out. The bearer of the sphere immediately gains the power of darksense, a unique trait which allows the bearer of the stone to "see" in total darkness as if it were day, albeit in shades of gray. The bearer of the sphere may cast the following spells three time a day each as a 20th level spell caster: continual darkness, silence 15' radius. The bearer may cast the following spells once per day each: summon object, anti-magic shell. Once per week the caster may cast create magical monsters and permanence.
Corruption: The quintessence of the void suffuses the attuned bearer with dark energy, and within 1D6 weeks the bearer takes on the outward appearance of a shade, with skin of shadow and murky darkness wreathing his form wherever he goes. In another 1D4 months the bearer loses his corporeal body, becoming incorporeal, though still able to manipulate the orb. After 1D4 years the bearer becomes a true phantom, rolling for type as follows (D10): 1-5 apparition, 6-8 shade, 9-10 vision; all properties (and limitations) of the type take effect at that time. While in this form the bearer is undead, but wish removing the curse will restore him to life.