Who wouldn't want to play the bulky, temperamental ogre? Not my players! Ogres are more common than elves as playable characters in the world of Chirak....and now they can infiltrate adventuring groups in Mystara and beyond, too.... 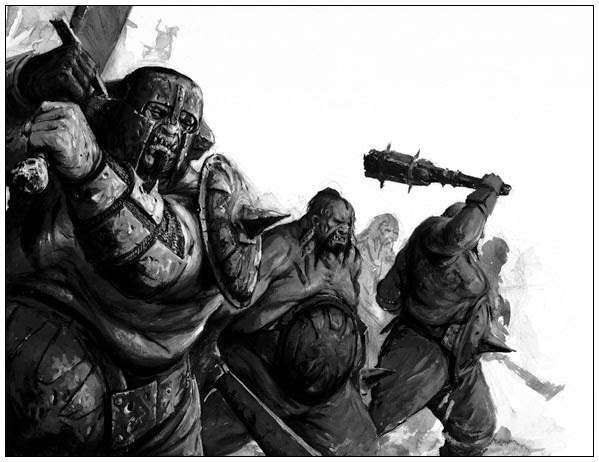 Not all ogres are vile, cursed fiends lurking in dark caves waiting to eat warriors and ravage maidens. Nope....sometimes ogres are cultured sophists, daring adventurers, and an entire race of chaos warriors who are not in fact born of any curse. In worlds where ogres are another race like dwarves and elves, they too can mingle in human societies and seek out their own claim to fame and fortune...

Prerequisites: Ogres are known for their strength, and must have a minimum strength of 16. Likewise, ogres are not overly intelligent, at least not with respect to other races; ogres can have a maximum intelligence of 9, but ogres with the a 9 intelligence can opt to be spellcasters.

Class Benefits: Ogres are proficient in all weapons but they favor clubs over other weapons, and they are not familiar with more sophisticated weapons such as crossbows (though they can figure them out with a little training). Truth is, they aren't much for making weapons, and its hard to come by large sized weapons that work for them....so clubs it is.  A large club for an ogre deals 1D8 damage.

Ogres have tougher than normal skin; they have a natural unarmored AC of 5. This does not stack with armor worn, so leathers and other armor that offer a worse AC do not improve it; an ogre needs armor with AC 4 or better to make a difference. Ogres also pay double the cost for armor that actually is sized to fit.

Ogres advance in their class at the following rates:

Advancement: Ogres advance by experience as fighters; spell casting ogres are either shamanic (clerics) or wokani (magic users) and advance on the appropriate experience chart.

Attack Tables: all ogres use the monster hit dice attack tables and determine their hit charts by hit dice.

Saving Throws: ogres use the fighter saves, but wokani use magic user saves and shamans use the clerical saves.

Spell Advancement: Wokani can reach level 5 and gain spells as a wizard up to that level. Likewise, shamans can advance to 5th level and gain spells as clerics of same level. Alternatively, you can refer to the RC rules on shamans and wokani (RC page 216).

Skills: if using the RC skill system ogres gain 4 skill points at level 1, and another skill at level 5, 9, and 13. 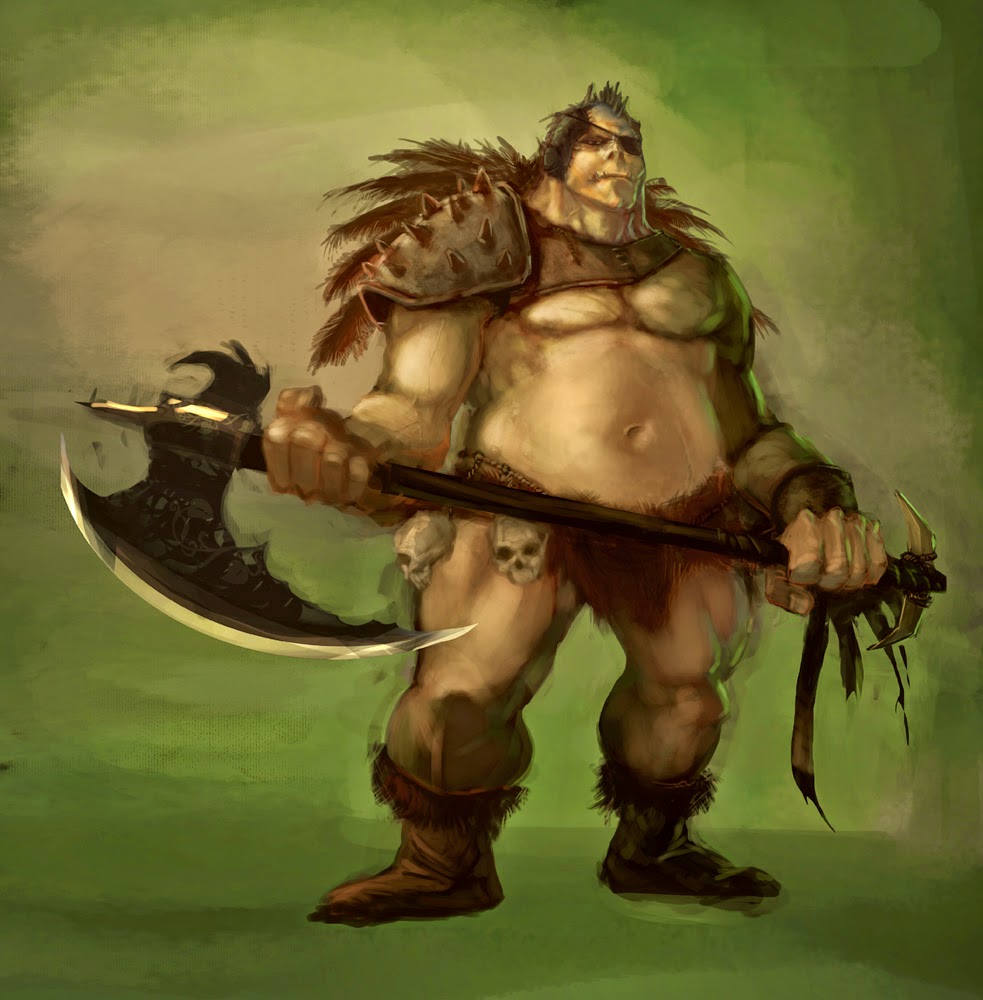