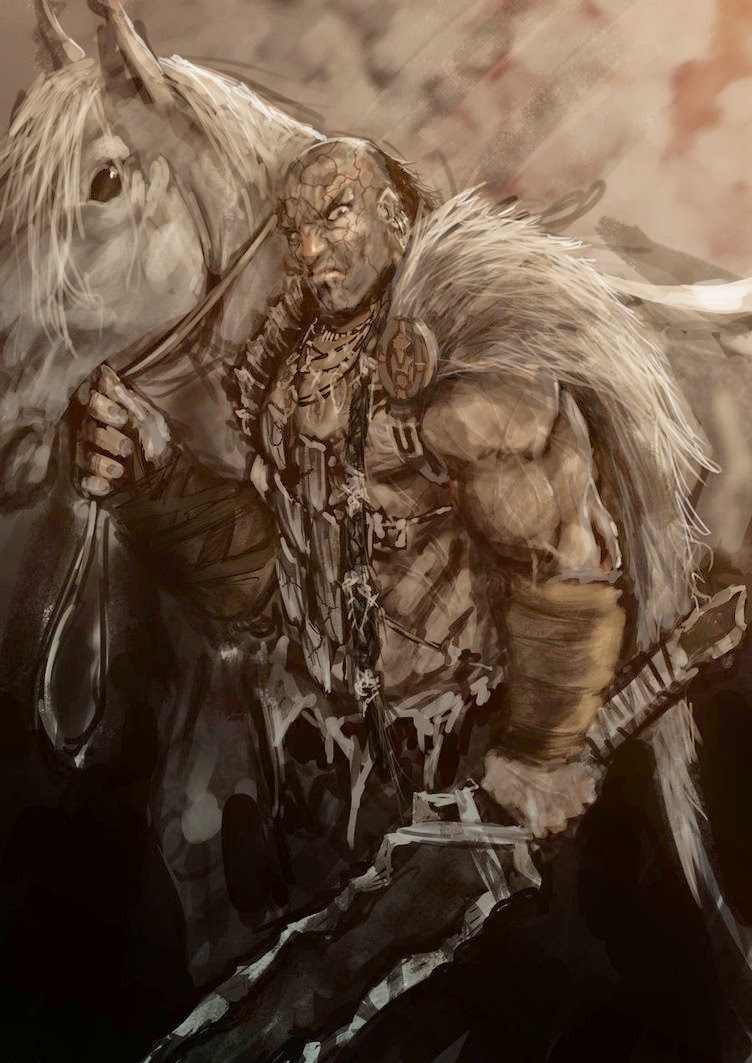 The barbarians of Galitath are a proud, honorable and violent people. They are a cluster of tribes dwelling in one of the deadliest corners of the world of Pergerron, faced with the endless hordes of orcs and troglodytes from the Askofar Mountains, the supernatural evils of the countless ruins of Sar, especially the haunted walls of Rutana and Sagastor, and a vast, jagged coast where the Sullen Sea lies, which has only two states: violent and stormy or dead calm. The dead calm is the worst; those of Galitath who seek sustenance from the sea who get caught in the dead calms are often never seen again, as the burning sun tortures them while creatures from below the water rise to seize easy prey.

Travelers who come to Galitath realize that most of the locals live in small temporary tent cities. The Galitath are nomadic, but not by nature; they tend to settle in for weeks or even months, and pick up and move when things get too tough, or the local commodity of game or grain has been worn out. On occasion, when the vast hordes of the orcs, troglodytes or worse emerge from the mountains then they will move with great pace, sometimes abandoning their location with great haste, leaving only wicker frames and the occasional animal hide behind for the hordes to find.

Galitath is littered with the relics of he lost age. Ancient monuments will jut up from the dirt, suggesting a much larger structure or even an entire community buried beneath the earth. Evidence of catastrophicsm abounds; the seasonal storms off the Sullen Sea are devastating to the coast, in sharp contrast with the oddly calm waters the rest of the year, and tidal flooding can stretch deep inland at times. Earthquakes are frequent in this region, and can be felt for hundreds of miles. Often these earthquakes rock the coast and cause a violent tsunami, flooding for miles inland. The Galitath say it is the primordial Trigaril, chained beneath the sea, attempting to thrash about in his slumber induced by the Enkanneth to keep him from escaping.

The Galitath are a noble but exotic people. The women adorn themselves with heavy but flowing garb that remains comfortable year round. The men are obsessive in their dedication to their horses and the art of war, and there is no rule of law in the land other than the right of combat to resolve all disputes. The Galitath are the closest the region has to a truly egalitarian --if violent-- society. 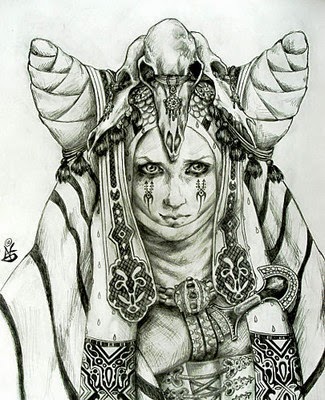 In terms of religious practice the Galitath are formidable in their indifference. Only women tend to become priestesses, for the men as a culture feel that attending to matters greater than the flesh is a valueless cause. Men who worship other gods or seek out the practice of magic are branded heretics and exiled or killed. Women however are usually the community leaders and given much leeway to attend to more practical and spiritual matters. The high priestess of a large community is known as the Cha'nirka and her proclamations and visions often drive the direction and focus of the tribe.

Threats in the region are numerous, but the two greatest are the orcs of Vosgathar, where the demiurge Palagor Harad is believed to rule. The orcs of Vosgathar are the most organized and dangerous of all the orc kingdoms in the region (and there are many), and they regularly ride to war in the dead of night against the Galitath; it is regarded as a mark of honor and a passage to adulthood in the eyes of the Vosgathari orcs to slay a Galitath warrior in battle.

The other great threat is one which causes problems for orc and barbarian alike. The troglodytes of Zul'sin are a teeming horde which has grown so vast that the immensity of the underworld where they rule is severely overpopulated and the ecology of the underworld caverns cannot hope to sustain the fast-breeding beasts anymore. The troglodyte king, called Rapask, has decreed that their multitudinous numbers is a sign that they are destined for conquest, and he has been sending waves of his horde against all adjacent enemies, but most especially Vosgathar territory and the Galithath lands. 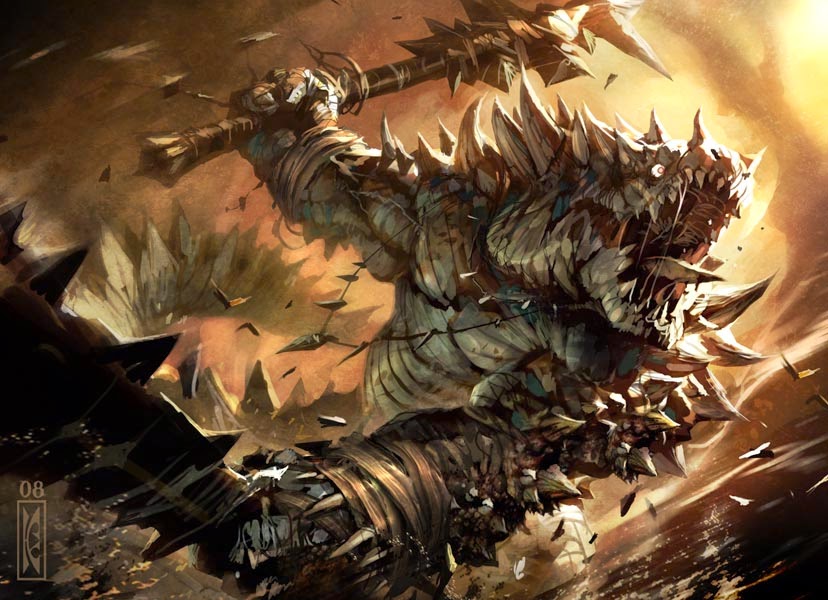 Efreet appear randomly in this region and no one know why. A few hardy tribes of lupin and wood elves make the region their home. The elves call themselves the Kinaeth, and live in a horse-rider culture similar to the Galitath, though they worship the Enkanneth more vigorously and avoid combat when possible. The Galitath call them the "fair folk." The lupin however try to avoid everyone and keep to themselves.

The Blanket Merchant: The merchant lord Kalithus of Samoskar has heard that the woven blankets of Galitath are of impressive quality. He needs mercenaries willing to travel with him to the harsh land to aid in securing a large haul for sale back home. However Kallithus is a poor planner and picks the worst time to travel to the Barbarian Lands: during the storm season, and during a new rise in raids from Zul'sin.

The Sullen Voyage: The adventurers are on a ship that has just sailed through the southern straights of Sydaren to the south into the Sullen Sea on the way to the distant Great City of Phantomax when the ship is caught in one of the notoriously unnerving deadly calms. The ship suddenly falls under attack of opportunistic shark-kin led by a trio of devious kopru.

The Secrets of Vodros: An elven scholar and antiquarian of Samoskar named Moden Raes has learned of the site of a hitherto unknown city buried beneath great silt deposits off the coast of the Barbarian Lands. He hires the adventurers to escort him there, to seek out the landmarks of great statues jutting haphazardly from the earth. On arrival, it turns out the statues are dormant meks still protecting the city beneath the silt, readily awoken once dug free of the earth. The city itself still has vast tunnelworks in a subterranean realm called Vodros, where a colony of efreet dwell. Unknown to everyone, Moden Raes is older than he looks, and remembers when Vodros was still an elven city in the lost empire of Sar...and he knows ancient, powerful magic items that could help him seek to restore that empire may yet exist.
Posted by Doctor Futurity at 6:00 AM