Unfettered! On Comics, and Other Stuff 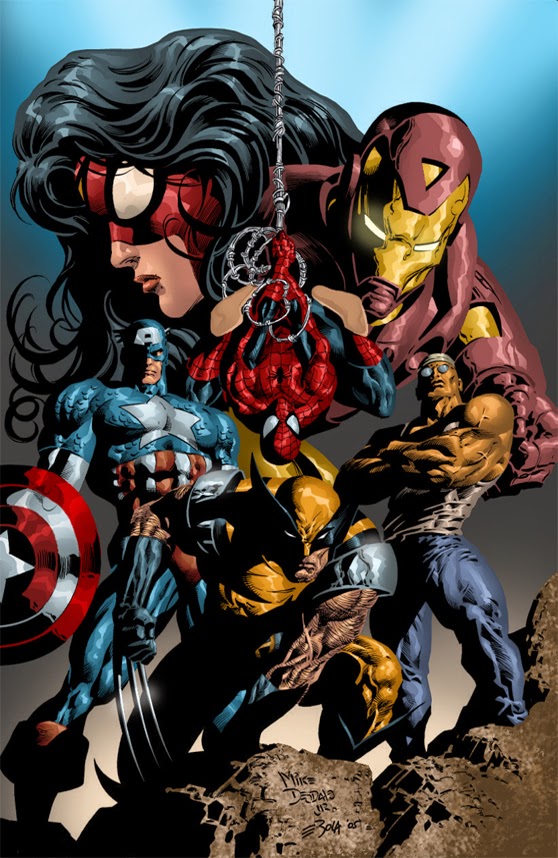 Free to write whatever I feel like for the first time in three months --following February's Savage Worlds in Space Daily, March's 13 Days of 13th Age and April's 30 days of B/X D&D....gah!-- I now have may resume writing whatever springs to mind at any given moment, including boring blog posts where I talk about not much at all.

Hidden behind the focused run for three months has been my secret "actual focus" going on in real life: comics. Lots and lots of comics. My years-long drought of staying away from the medium of comics is at an end, and thoroughly staked through the heart now. I have hoarded so many graphic novels, so many series both current and past that I accidentally booked my comic reading for the next couple of years, I think.

Hoarding is a problem that runs in my family. I like to think my manifestion of it is more benign, albeit expensive at times.

Given that I'm now subbing (via the local Comics Warehouse) to around 20 or so titles (maybe more) on top of the heaping mounds of graphic novels I have acquired, I think I have more than enough to sustain me through to the point at which I snap and get tired of it all again. Assuming I reach that point...I actually love comics as a medium, but the price point over the years reached a critically dangerous "dollars to fun" ratio that regular novels, RPGs and video games seriously outstripped. Now, thanks to the generous price point of many graphic novels (DC's pricing is very nice for its New 52 books) as well as judicious use of Ebay and Amazon it is once again possible to buy TPBs without feeling guilty, or like I should be shoveling all this money into my retirement. Even though I probably should.

So it is with all this discussion that I am implying, but not announcing, that I may be talking a lot about what's going on in comics these days. It may not all be current.....I am really enjoying catching up on the complete Brian Michael Bendis run of New Avengers, for example (acquired the New Avengers Omnibus I for about $35 on Ebay....over 1,000 pages in the damned thing!) but it's quickly becoming apparent to me that Marvel really owes Bendis for making them so great. Hope he's well paid, he deserves it!

Likewise I am neck-deep in the New 52 now, and am reaching a saturation point with DC, enough so that the visceral thrill of getting back into the swing of reading comics is now being replaced by a scrutinizing, critical eye on certain books, especially ones that someone thoughtlessly turned over to Rob Liefield, a guy who seems to be very good at damaging the IPs entrusted to his care; the travesty he made out of Grifter and Deathstroke....seriously, there's some bad writing going on in these books. Just painful stuff. I could only hope the Wildstorm characters were popular enough to get a Flashpoint/Crisis style retcon, or maybe a reboot in their own universe again....the way they were subsumed into the DC continuum with the New 52 is endlessly painful; only Voodoo's two book run really did something to make the character better than it had been. And there's no good excuse for Deathstroke, DC's quasi-Punisher type, who was getting better, more coherent stories and presentation thirty years ago in the Teen Titans as a proper villain.

Anyway....more to come, just enjoying a chance to write a blog without a chosen theme for once! 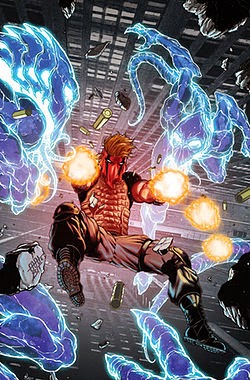 Posted by Doctor Futurity at 9:27 AM