B/X D&D Month IX: The Beast Cult Lands and the Ruins of Shatan

Continuing the ongoing gazetteer of the River Kingdoms of Anansis in the world of Pergerron, you can find the map to which these entries are keyed to here. 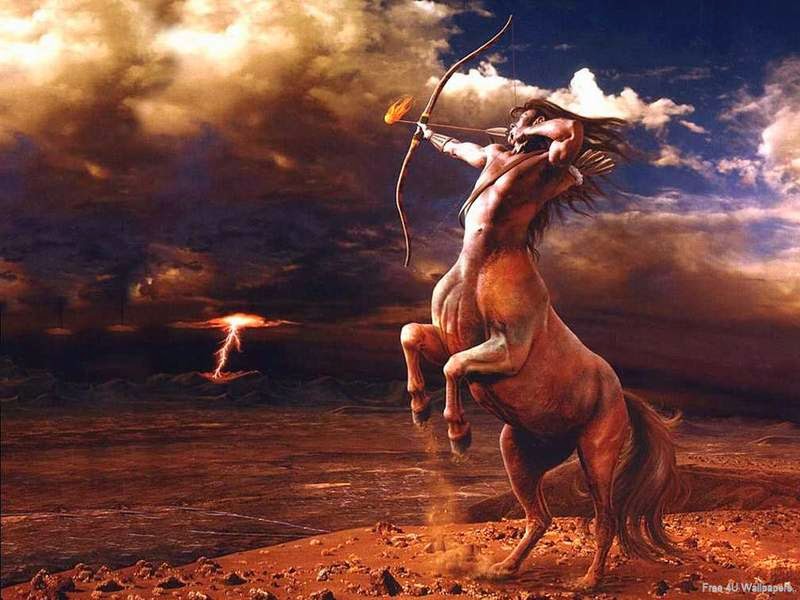 The northwestern wastes of Sar are more commonly known as the beast Cult Lands, a vast and depopulated region that is bordered by impenetrable mountains to the north and the great Western Ocean to the east. The expanse of this domain is ruled primarily by the Sis'thik (CC pg. 95), a rugged species of lizardman which can sustain itself in the hostile desert.

The eastern stretch of this region, the one identified as the Beast Cult Lands is slightly more hospitable, benefiting from the region around the Anansis Riverlands which funnels most of the seasonal storm weather north and west, into the region. Thus during spring the region blooms with low-lying shrubs and weeds, taking on the appearance of a lush but vibrant desert for a time.

The Beast Cult Lands earn their name due to several prominent factions in this region: the Aramish centaurs, the gnoll tribes, the human barbarians called the Hadumari that propogate the beast cults and finally the sis'thik who despise all creatures in this region and seek to slaughter them every season.

The Aramish Centaurs: these centaurs are a dangerous breed, hateful toward all other races save those of a bestial mix such as themselves. The Aramish patrol up and down the expanse of the wastelands in migratory herds, moving seasonally north and south. but they love the Beast Cult Lands so they can fight with the sis'thik and the Hadmumari the most. They tend to maintain a neutral alliance with the gnolls and they avoid the ruined city of Shatan as much as possible.

The Gnolls: the gnolls have a culture, and even a sense of honor in their own special way, but it's hardly visible to any outsiders. They fight amongst themselves, against the sis'thik, the centaurs and humans alike with equal impuntiy. Several thousand gnoll occupy the ruined city of Shatan, and for this reason many don't consider it a ruin at all, but a gnoll bastion instead. The gnolls in Shatan are presided over by a great chieftain named Uskus, who is said to have the ear of the lich Xamorthas himself, and it is by virtue of this relationship that the gnolls are allowed as quatters in the ruins.

The Sis'thik: these lizardmen mostly dwell in the westerlands where the driest, most inhospitable wastes can be found leading right up to the burning, salty shores of the Western Ocean. They have little affinity for one another but will move in great nomadic herds annually, often surging east to carry out immense but disorganized fights against their neighbors. They have only migrated as a horde into the region of the river kingdoms twice in the last century. 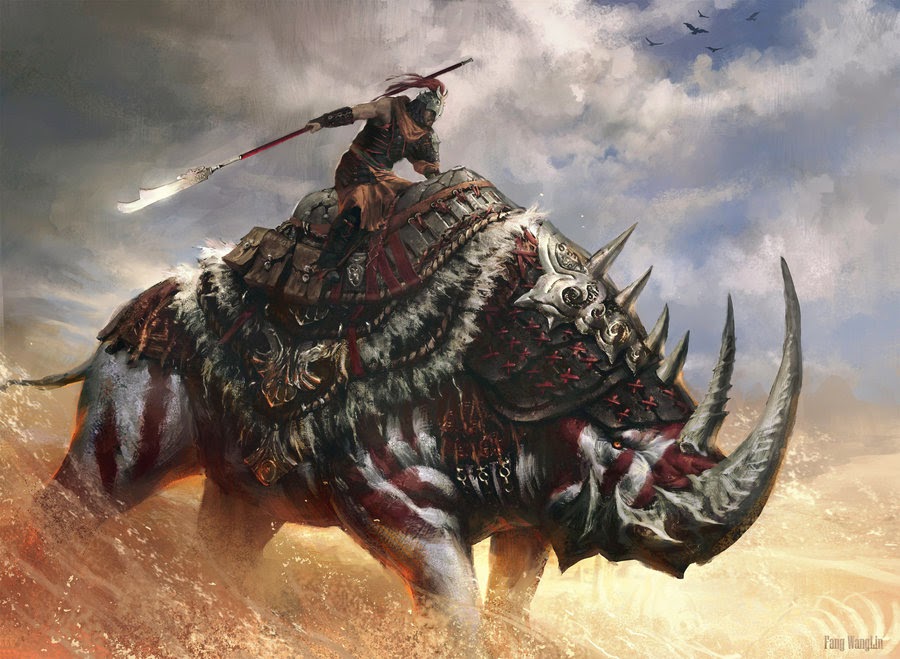 The Hadumari: these crude nomadic barbarians are cultists to two Enkanneth being Skurn and Vornen, the gods of the hunt and the wild respectively (at least as the Hadumari see it). This is not actually popularly known; most men of the river kingdoms assume the Hadumari worship the primordials, when in fact the barbarians despise the primordials as much as anyone. Hadumari are known for their use of trained war rhinos (CC pg. 86) in battle.

The Hadumari do revere the transformation of man into beast, however, and believe that those who have both aspects are gifted with a special divine greatness. For this reason it is popular in the Beast Cults to find minotaurs who were once men, made into the beasts that they now are to become closer to Vornen. Likewise, priests of Skurn transform themselves into Lupin to be closer to their own god. This process of transformation is said to involve the use of several ancient temples that exist below ground, and you must know the secret markers to find the cavern entrances spread throughout the wastelands. The high priests of the cults know where to find them. Committing to such a transformation requires true dedication, or the transformation will not work, instead turning the subject into a bargda, gnoll, lamara or worse.

The Ruins of Shatan

This ancient city was once the capitol of a vast western empire that spread all the way to the Western Ocean, and it was said that in the old days the wastelands were in fact a lush, endless forest of plenty. All that was gone now; the stories today claim Shatan was where Sarpoxas himself was worshipped, and that it was the first of the cities to be enveloped in the burning fires of the Enkanneth when they began the purge of the worship of the primordials.

Today, Shatan is a sprawling necropolis overrun by gnoll tribes, with a smattering of bargda (CC pg. 14), ogres, rogue minotaurs and other beasts dwelling in the remnants of the city as well as occupying the vast catacombs beneath it. The blackened ruins of the old temple of Sarpoxas still stand, a melted pyramidical mass which was subject to such horrible temperatures that the outer rock of the ancient temple flowed like molten glass to create a sparkling, glassy jewel in the desert.

The lich lord Xamorthas occupied this temple six centuries ago when he was still a living being, and has studied its secrets ever since. He cares nothing for the primordials, however, seeking instead the last magic secrets of the ancients. Xamorthas is served by a faithful army of sentient undead, loyal gnolls and a cadre of nagpa (CC pg. 79) agents and sorcerers who are fanatically loyal to the lich.

Adventurers are often drawn to the incredibly dangerous ruins due to the known proliferation of ancient magic to be found within its blasted temples and streets, not to mention the catacombs below, which are said to contain thousands of miles of ancient tunnels. There has been a legend for ages now suggesting that the Heart of Sarpoxas, a potent magical item in the form of a phylactery which contains the beating heart and soul of the primordial himself still exists somewhere in the depths of the catacombs beneath his melted temple.