Thirty One Days of Horror: The Devil's Rock

The films I like best are the ones I don't know about until I stumble across them by accident. Maybe I'm wandering around the local movie shop and I see a catchy cover...or maybe I spot something while browsing Ebay at random, or something pops up on Netflix that smells of unknown and undiscovered. The Devil's Rock is one of those movies. 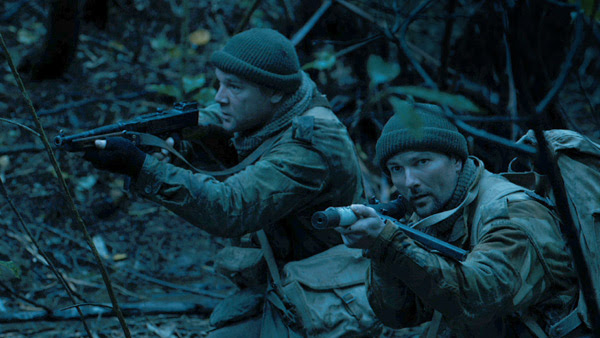 This low budget New Zealand movie takes place in the Channel Islands during World War II and focuses on two New Zealander commandos sent in to take out a German gun emplacement embedded on an island (yes, believe it or not New Zealand put its two cents into WWII along with the rest of us).

Captain Grogan and Sergeant Tane are in for more than they expected, however, when they discover that something is not right in the German artillery bunkers...there's evidence of something horrific going on, and a desperate German soldier stumbles seeking escape across the two before meeting his fate. It seems the Germans are up to their usual tricks, looking for an occult way to win the war...and as usual, things have gotten out of hand.

With a fantastic performance by the actors involved (Gina Varela does a great job of being seductive and deadly all at once) there is much to recommend The Devil's Rock to horror fans. It's got a great, methodical build-up, excellent set-pieces, some good old fashioned blood & gore using real special effects that didn't involve CGI (best as I could tell) and a plot which manages to take a traditional macabre weird tale and put a great new spin on it.

Check it out! This is one of my A rated movies.