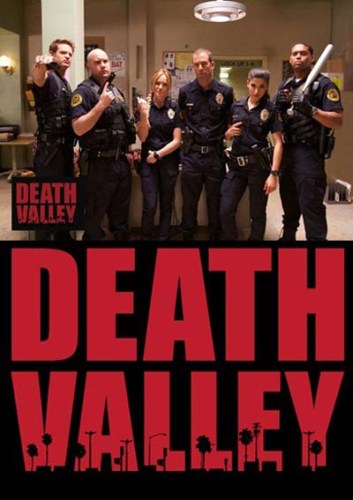 While everyone else was watching high profile stuff like The Walking Dead, or Game of Thrones, or even....I dunno....Breaking Bad (or whatever), MTV was quietly doing this hysterical horror-comedy series called Death Valley. The first season is available on Netflix right now; if you're looking for something suitably horror-ish yet also hysterically funny to play during a Halloween party, I would definitely suggest this series.

I've been told by other people (i.e. my wife and pretty much everyone else) that Death Valley borrows a bit, thematically, from shows like Reno 911 and Super Troopers, then sticks it in a blender with a mix of werewolf, vampire and horror films, a dose of Tarantino's sensibilities, then adds in a dollop of Reality TV and Cops for good measure. This is a pretty succinct summary of how Death Valley feels: like you're watching a humorous spin on cops where all the guys in wifebeaters are zombies, all the pimps are vampires, all the domestic disputes involve werewolves, and all the cops know they're on a reality show filmed by Quentin Tarantino. It is frankly amazing no one else thought of trying this first....pure formula gold!

Death Valley follows the exploits of the recently formed UTF (Undead Task Force) in Los Angeles, about a year after something weird happened and one day people started popping up as vampires, werewolves and zombies. L.A. being what it is, the net effect was simply to make it slightly more entertaining when dealing with criminals....now mostly supernatural criminals, of course. The UTF is composed of Captain Dashell (Bryan Callen), an ambiguously gay blowhard (and absolutely my favorite character), followed by the rookie cop officer landry (Caity Lotz), along with old vets Stubeck, Rinaldi, Pierce and Johnson. Everyone fits a role, has their schtick that makes them stand out, and has interweaving bits that play in and out from episode to episode.

Running gags can be found through all twelve episodes, from the persistent habit of the poor boom-mike guy to get bitten by zombies to the habitually gang/elitist focus of the vampires (the douchebags of the supernatural set) to the rules and regulations that require werewolves to have suitable "safe room" accommodations for nights of the full moon (and of course the UTF has to follow-up and make sure each registered werewolf is compliant with city ordnance). The net effect is a fantastic lineup of episodes, both hysterical and exciting at the same time.

Despite being both a horror and a comedy series, two genres that traditionally don't mesh well with "reality" in any sense, Death Valley manages to do a pretty good job of making a monster-infested L.A. work and feel surprisingly organic. L.A. was a good choice for this; plenty of other cities would have felt a bit contrived; L.A. is already halfway there in terms of chaos...and its got the monsters, just needs a few more supernatural beasts in the mix....! 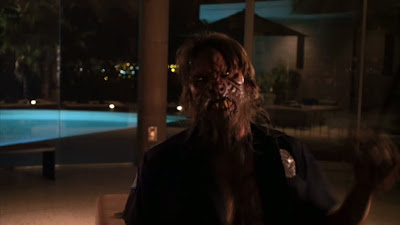 So far there's only one season of Death Valley, and what news bits I found revealed that MTV apparently didn't renew it, though the show creator is looking for a new channel to take over. I really hope someone grabs it; this is absolutely one of the best horror-comedies I've seen in a long time (Suck being the other awesomeness of this special genre) and really would like to see more.

Head over to Netflix and check it out. Another A+++ from the Death Bat! 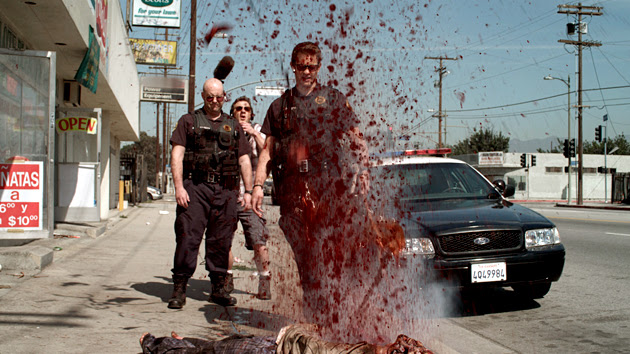