Just a few updates today (amidst the ongoing Thirty One Days of Night....I have 16 days of reviews preloaded so far, 14 more to go!).

First: two movies in a row that I thought would make good fodder for the "Thirty One Days of Horror" event did not pan out. I watched Whiteout first, a movie that was reccommended to me as a good horror flick that was "just like The Thing." Mhmmm. Somebody in my network just lost some credibility points! Whiteout was a good movie, but it was only like The Thing in the same way that District 9 was just like Hotel Rwanda. Whiteout was, in fact, a thriller and a sort of spy/suspense/mystery genre film, using Antarctica as its gimmick location. Fun movie, not suitable for the horror review fest I've got going.

The other movie was Super 8, which my wife really wanted to see and even sat down to watch with me. It was simultaneously good and bad, and the obvious effort to pander to the 80's adventure genre was actually off-putting to me. Yes, there's the spunky kid hero and his comedically distinct companions. There's the young female lead that swoons many hearts. There's the embittered dad who has a legacy to live down to while trying to repair the rift with his son. There's the 80's style E.T. monster upgrades for the 21st century and then clouded by so many J.J. Abrams-isms that if you're not intensely annoyed at this movie by the end then you have a stronger constitution than I. I think I liked J.J. Abrams better before I realized he was a one-trick pony.

Game tonight! I am working on generating excitement. I am trying to figure out why I have been less and less motivated to play RPGs lately. I think a chunk of it has to do with my son, honestly. The desire to play Pathfinder tonight is crippled by my much greater desire to go home and see my kid, help him learn and grow. Fatherhood seems to be turning into a much greater reward for me than anything else. It's nice when Real Life puts it all into perspective. 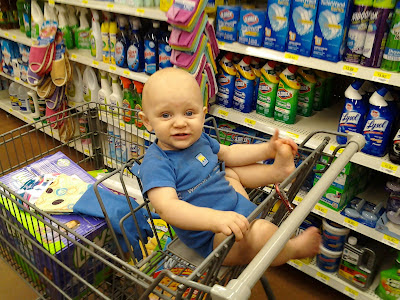 I got Resident Evil 6 last night. In a week or two you will see a review of RE 5, and I will hopefully follow up with a review of this one (or a review-in-progress, at least). I'll give you four tidbits for now:

2. The Leon campaign so far is better than reviewers are giving the game credit for. In fairness to the reviewers I think most of them are saying the Leon campaign is good, and its the next two that have issues, though.

4. RE 6 has split-screen co-op. That alone bumps it up a notch over other titles this year.

Aside from all that, there are a number of other new features in RE 6 that I like, but I'll talk more about it once I'm further in, only got a couple hours down so far.

Finally: still plowing through Rift but the game suddenly upped the ante on me with a more methodical gain to the XP pacing. This is massively impacting the odds I'll get anywhere near level 50 by the time Storm Legion arrives. GAAAAAAHHHHH!

That outfit looks really uncomfortable and not at all practical. Wouldn't it pinch?????