Thirty One Days of Horror: The Lost Tribe

This direct-to-video special features Lance Henrickson, probably the only noteworthy name in this movie. It proves that even Lance needs to eat, and sometimes doing a louse B movie is what it takes to bring the bacon home.

This movie isn't exactly bad...it's got some redeeming bits, but the film's pace and style are all wrong. The Lost Tribe has a plotline that, in the hands of a better team, could have produced a more potent and focused movie. Unfortunately, what we've got instead is this movie, which manages to captivate, annoy and ultimately discard all the good will it generates before the credits roll.

The plot is hard to describe without wanting to ask, "Why?" followed by a quick query as to who on this film has it out for the Vatican (or thought that the only thing the Da Vinci Code was missing was...literally...a cannibalistic missing link). The really quick summary is this: group of friends on boat cruise find a castaway and end up wrecking their boat on a remote island. Cannibal ape men start eating people while Lance Henricksen and his men show up as hit-men for the Vatican who have been trying to hide the discovery of living fossils...the ape men....from the public because apparently the screen-writer for this travesty thought it would be cool. In the end just about everyone dies in a sequence that has borrowed more than a few queues from the original Predator movie. 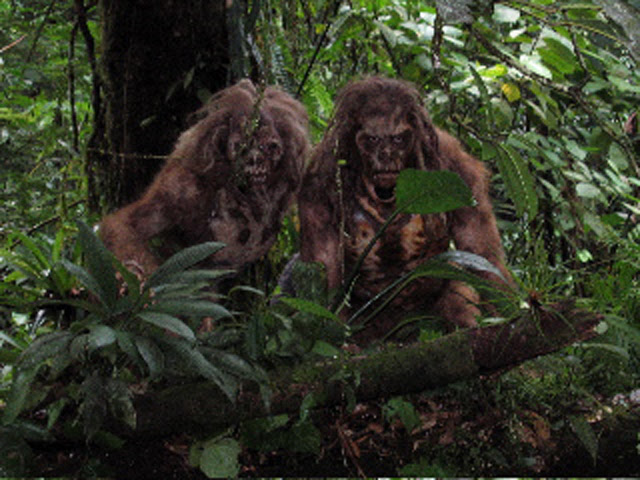 Follow that? Okay, trust me when I say that the actual movie excels at over-complicating the exact same basic plot as Descent, except imagine if Descent had a gang of Baptist Spelunkers in it trying to hide proof of the link between man and bat. Or something.

The Cabin in the Woods take: I watched this movie before Cabin in the Woods was released, which means I am forever slightly more soured on it than I might otherwise have been. Technically the "Vatican assassins" might not fit well in the Cabinverse, but you know what? They could. The Vatican is so busy purging the world of various hominids related to man, it might well be clueless about the threat of the old gods. Either way, you find the jock, the scholar, the virgin and the whore in The Lost Tribe, each waiting to be sacrificed to their chosen fate: cannibal half-men who spend an alarming amount of time pretending to act like the much more sophisticated and well-armed predator.

Slamming it with a C+! The plus is because there are some well-done chunks of film floating within the muddy morass of nonsense that this film spins out, and the creature effects are extremely well done. I'm a bit harsh on this movie, but I do admit, the FX are pretty decent.

If you need to indulge yourself in tales of primeval half-men on a remote island, however, I strongly suggest you pick up Castaways by Brian Keene. It's basically this movie, but much, much better. Much. 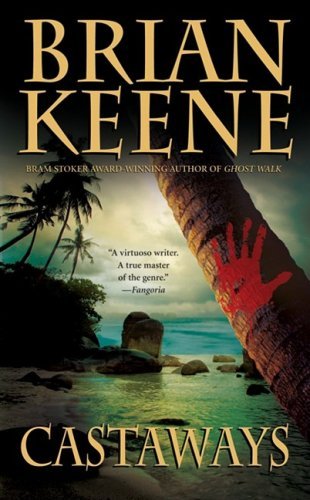