I head it on the radio while driving home today! It must be true, it was right after Hurricane Sandi reports and the stock market news. What the.....Wow.

Apparently Disney bought Lucas Films for four billion dollars or something. and announced a seventh Star Wars movie to be slated for 2015.

I wonder if in a few years fans will all remember the good old days of Papa Lucas fondly or if they will bask in the glory of a Star Wars film liberated from his force grip? 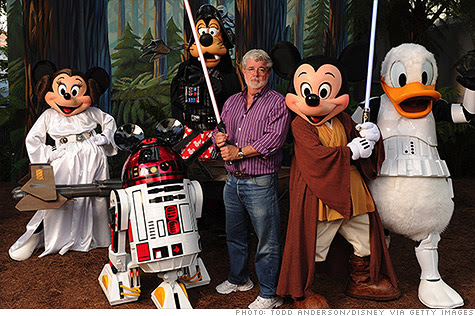 If they can do for Star Wars what they did for Avengers, then theaters across America will need to set up splash guards as millions of nerds heads' pop in exultant joy.

Posted by Doctor Futurity at 8:40 PM