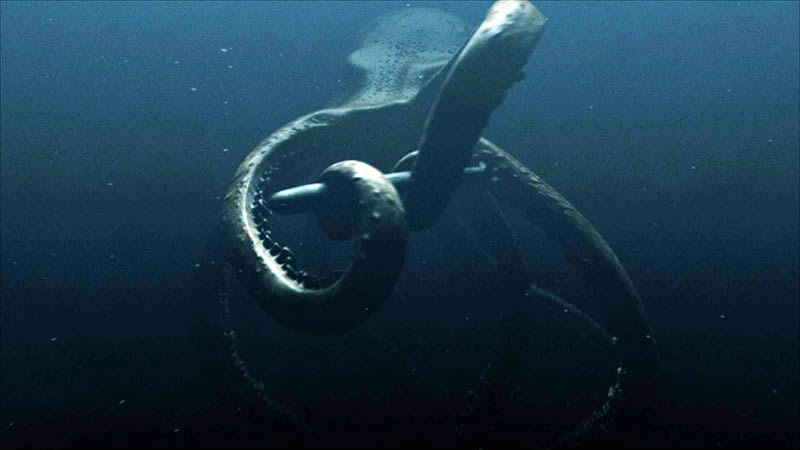 This announcement at the Geological Society of America strikes me as a bit on the speculative side, but the implications are fascinating.

I love the concept of a massive kraken-like giant octopus that slaughters ichthyosaurs and then, like the world's first creative-minded serial killer promptly decorates his lair with their bones to construct mosaic likenesses of himself (which subsequently last for the millions of years necessary for Mark McMenamin to find, analyze and subsequently discern their true artistic alchemy). It's the greatest lead-in to a horror novel or movie I've seen in a while, written by Steve Alten in conjunction with Brian Keene, directed by J.J. Abrahms for the big screen, I'm sure. It isn't all that great as science goes, however....maybe it's just a poorly written press release? Or am I missing something here?
Proposing that this was a giant cephalopod intelligent enough to imbue artistic intent in the detritus of its food? That's a pretty bold claim...maybe there's something about octopi I don't know about, though. Cephalopods are regarded as surprisingly intelligent. Still, if this suggestion of artistic intelligence were true, octopi would have had millions of years to develop that intelligence....hmmm....

Posted by Doctor Futurity at 8:18 PM