Ages of Lingusia: Gods of the Middle Kingdoms II 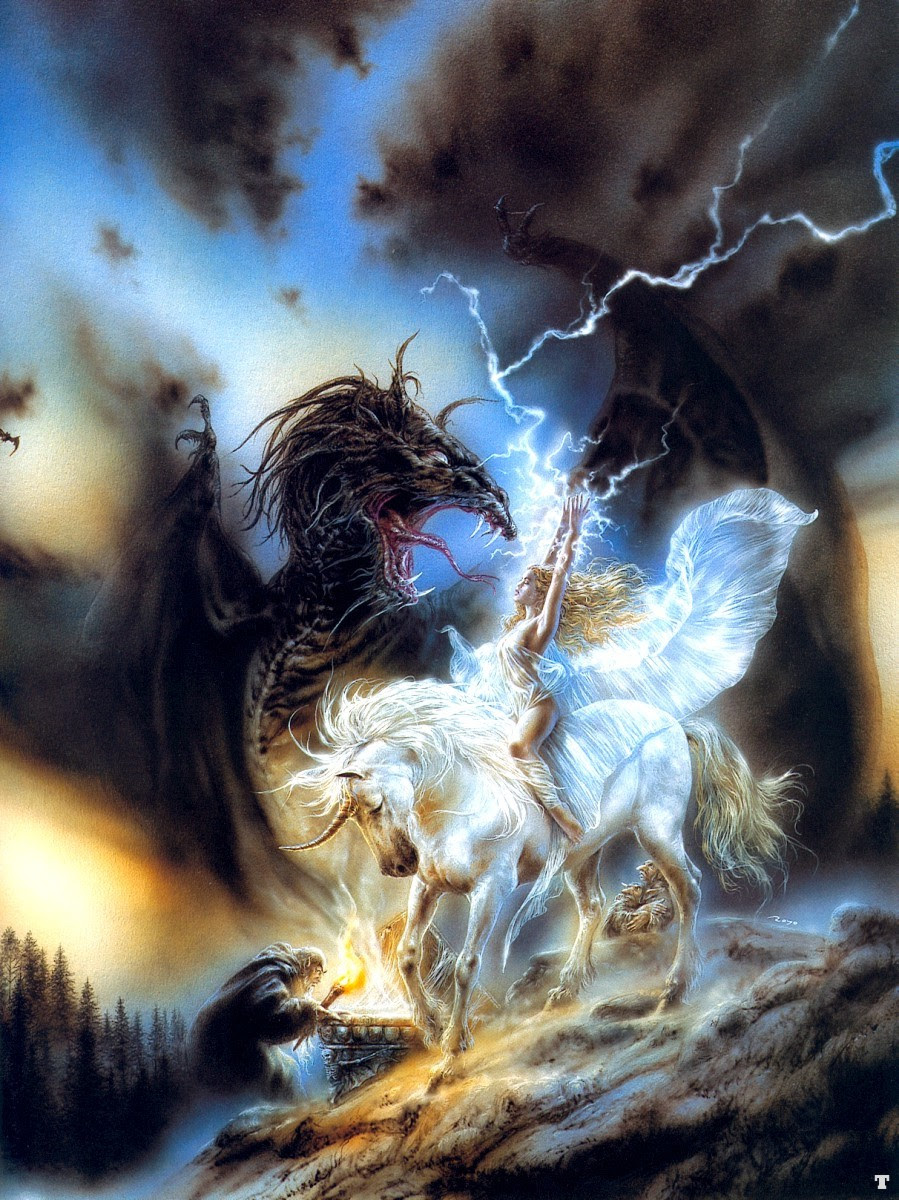 Set
Profile: evil, lies, ascension of power, corruption of innocent
Alignment: chaos
Set is the eternal prevaricator of evil and corruption, the god who has taken it upon himself to embrace the tenets of ultimate order at any price. He is not a lord of chaos, evne though he is sometimes mistaken for such. His obsessive dedication to deceit is as much an ordered process as truth, and Set’s very existence as a deity depends upon an ordered universe in which his godly powers can work against. The tenets of chaos are in opposition to any truth about which the Keeper of Lies might spin false tales.
The followers of Set are many, and the largest enclave is in the rigid empire of the Setite serpent men, Hazer’Phennis. Here, the rule of evil is ultimate, and power goes to the most treacherous and conniving. Throughout the world, the setites and other servants of Set seek to further his cause, which might, one day, be to unite the world under his banner of evil and worship.
Set’s infernal kingdom of evil is known as the Nine Hells, sometimes also called Stygia. Here, Set’s fallen seraphim, the devils of lore, serve him and his dire ends.
Set is known to take the form of a variety of desert-dwelling beasts, especially that of the snake and the jackal. His mark rests upon the races of his own creation, such as the Jackalmen of the deep deserts in Galvonar, and the Setites of the Hyrkanian Deserts.

Shandrigal
(also called Drolzaros)
Profile: lord of storms and destruction
Alignment: neutrality
Shandrigal is the enigmatic lord of storms, a weather god with what some would describe as primitive, bestial aspects. He is sometimes worshipped by dragons and their kin, though such worship is seen as heretical among dragonkind.
In the eastern kingdoms Shandrigal is believed to be a brother of Ravanos and is described as “The Demon of the Winds.” In the north he is called Drolzaros, and is a Wendigo-like banshee in tales.
Shandrigal is a destructive deity, but is still a nature god, and so does not usually attract the worship of chaos entities.

Vishannu
Profile: art of war and conflict, martial arts, the amazons
Alignment: chaos
Vishannu began as the god of tactics and warfare in distant Al’jhira of Takkai many thousands of years ago, but migrated to Lingusia, where his temples appeared in early war-torn Zued and eventually were adopted by a truly fanatical cult of women who founded the kingdom of Vyrindia deep within the heart of Amech.
In this era Vishannu is still expanding, his cult slowly becoming more popular in the Eastern Kingdoms and with the warriors of Amech. Whether he will prove to be the ultimate betrayer god in the distant future as he did in the prior timeline remains to be seen.
Vishannu wears blood-red armor forged from the heart of the sun. He is tall (9 feet) but moves with alarmingly protean speed. He is startlingly rugged and handsome and very well spoken. He has the army of the Enheriar at his command, as well as a handful of devonin who have defected to his cause. He is courting Wishupar, Ravanos, and certain other gods to serve as his agents and allies in his mysterious schemes.
Plot Hook: In 1,958 Vishannu is assassinated, being the first slain god in almost two thousand years. This coup was distinctive, however, for the perpetrators were two shadowy beings calling themselves Unarak and Phaedra. They used an unknown prehunate device to capture and vampirically siphon away Vishannu’s life force, but the process was interrupted by his greates amazon champion, the avatar Avolakita, who wounds Unarak and drives the two back in to the Shadow Plane. Too late to save her god, Vishannu imparts the last of his divine essence within her, making her a true demigod, and charges her with the task of bringing his killers to justice…

Wishupar
Profile: tricksters,  thieves, deception
Alignment: neutrality
Wishupar’s temples are still secret, and known only to the acolytes of the cult. It is not a popular cult, but has gained a quiet edge in amongst Hyrkanians, as it has become endorsed as a cult for the purposes of the Hyrkanian Throne. It’s most prominent servants and warriors have dedicated themselves to the service of the Mandragora House, and the restoration of the Empire.
Wishupar was once seen as a dreadful northern god of thieves and cut throats, but in fact Wishupar was never so hideous....the cult has always wanted to be seen as such, and propogates the rumors to insure it is feared. In fact, the cultists fof Wishupar are civic servants, worshipping a deity who espouses secrecy and deception to support the ruling class. They are mercenaries, and Wishupar is a patron of mercenaries. Worshippers may be thieves and rogues, yes, but more in fashion with a kind of secret service, one which must work conspiratorially  to serve the throne.
It is suggested by many that  the servants of Wishupar have hidden, secret agendas, and that their dedication to a ruler is not so much for the interests of that ruler as their own. Some claim that this conspiracy goes back many millennia, and that the real purpose of the cult is to gain domination over all lands and people through time, and to damage the worship of other cults, especially the kin of Wishupar’s as described in the Idean Codices (such as Hermes and Haro). Given that the Agents of Wishupar are prone to going out of their way to kill priests and servants of those gods, there seems to be some truth to this.
On those rare occasions Wishupar appears or is depicted, he manifests as a raven, sometimes as a wereraven. He does take human forms, as as a former demiurge ascended to godhood after the Reckoning, Wishupar has a living form as well as a divine aspect.

Wolfon
Profile: Keeper of the Beast Spirit, lord of the wilds
Alignment: neutrality
Wolfon is the beast lord, the creator of true beasts and the master of the feral. He is the embodiment of all that is wild. In the dawn of time, the myths of the Idean Codices tell of how Wolfon grew infatuated with the moon goddess, Selene, and would pursue her throughout the night, howling as he did, and as his beasts now do in the present. As always, Selene’s son Zingar and husband Naril would drive him away.
Beastmen of many sorts, especially the Vyrkasha, and therianthropes of all types favor the worship of Wolfon. Such worship is druidic in nature.

Zingar
Profile: hunters, rangers, justice, survival, instinct
Alignment: neutrality
Zingar is also a god of the Middle Kingdoms, said to be a brother to Death and Slithotep. His mortal crypt can be found in the Slithotendan Mountains. Throughout Niras and the northern lands he is the god of the hunt and the spirit of the beast. His divine aspect said to materialize on key days of sacred hunting, and suring the solstices. Zingar’s cult is a quiet menagerie of professional hunters, rangers (especially the rangers of Kom’Huandyr) and dedicated priests. The priests of Zingar are chosen only from among those who actually witness the divine aspect of Zingar, the Wild Hunt.
Zingar manifests as an immense being, horned and centauroid, flanked by a horde of baying wolves. He has appeared as a quiet elvish ranger on occasion, but under the moon light he is always the wild hunt form.