Juggling Systems and Expository clarification on the many Ages of Lingusia 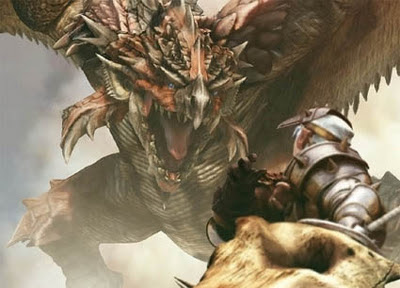 Here's the complicated part of gaming for multiple groups with very divergent tastes when it comes to D&D: I end up juggling game systems a lot. One solution I worked out was to establish certain campaigns as "belonging" to certain systems, and that makes it easier for me to stick with those campaigns specifically for those groups.

For my Saturday night group, which has gravitated toward Pathfinder, I have been running tales in the world of Lingusia for years now. The story arc in that setting moved well beyond the point it left off at in the published Keepers of Lingusia book (my first self-published work, actually--and it shows!) and has been focused for the last two years on an era that takes place one thousand years after the book's timeline. They've done all sorts of stuff, including mucking with the timeline, which led me to produce a couple short campaigns set way back in the "beginning" of that campaign timeline, which was mostly for me an opportunity to revisit the campaign world more or less as I ran it as a kid and teenager in the early eighties, to re imagine it as an older man in a newer system (4E). Inevitably however the Saturday group migrated to Pathfinder (we converted the campaign over) and I finished off my other plans for that 4E campaign with a three month weekly story arc I ran for my hardcore Wednesday 4E group.

Now, I've tried on multiple occasions to homogenize my system of choice across all groups, and I've tried to do it with Pathfinder. My relationship with Pathfinder and D&D 4E is a weird one, because I consider 4E to be the superior game system for practical purposes, and I believe it is an easier set of rules to master and also much, much more enjoyable when it comes to combat and "actual play" experiences. On the other hand Pathfinder lends itself a bit more readily to open-ended free-roaming gaming, and the heavy and deep toolbox nature of the system means that a lot of the fun to be had is behind the scenes, designing stuff. 4E can do all that too, but both game systems lack a lot of the "little stuff" that I think made older editions of D&D so much more interesting (although recent stuff from WotC is trying to change this gap, I have noticed). Pathfinder also suffers from a dense rule set that hinders more than it helps in the narrative flow, unless you are lucky enough to have a group that prefers to wing it rather than stop and reference the rules after every action. My Saturday group is very good like this, and has a good player-DM synergy. I have yet to experience any other Pathfinder groups that worked so well; meanwhile my Wednesday group has been spoiled by the smooth efficiency and economy of design in 4E (relatively speaking; they also love S&W, for example).

The weird thing is, both groups love their chosen editions, and have great experiences with each. Both groups find the other edition lacking, or failing to meet what they want for the most part (there are dissenters). Meanwhile, I just keep on running both games the same way, and avoid running the wrong game for the wrong group as much as I can.

Um, so anyway: long story short, I'll be presenting more material that I have constructed, but if you notice a strong tendency for material to bounce between Pathfinder and 4E, this is why. The current scorecard is like this:

Ages of Lingusia, also called the Empire Era: All of the material I wrote for this era of the campaign (set in 1,958 aw, with aw standing for "After the War of the Gods") was desgined for use with 4E, except for the parts I revised for use with Pathfinder after the Saturday group reconverted back over. All material for this campaign was written and run in 2009-2011. The original version from which this timeline is reimagined ran from 1980-1985.

Keepers of Lingusia: This is the core of the campaign book I wrote and published in 2008, the ostensible revision to the original KoL which was designed for use with Tunnels & Trolls in 1986. Almost all material for this setting was originally designed for AD&D, with some specific material from the 80's designed for T&T, Runequest, GURPS 1st edition and Dragonquest. The compiled edition in 2008 was repurposed for use with Castles & Crusades. This era of the campaign takes place in 2,476-2,486 aw and is largely regarded as a "legacy" timeline due to subtle changes in the timeline that transpired in the Warlords Era campaign. If I put anything more on this setting up in the future, it will almost certainly be statted for AD&D, C&C or D20 3rd edition. The length of the campaigns from this era run from 1980 all the way to 2008.

Warlords of Lingusia: This is the current era (3,500 aw) and the current default setting for all Pathfinder scenarios I run. The campaign initially started with a writeup that saw the world's end in spitting distance, due to actions from a campaign that closed in 2008. The characters had an opportunity, hard won, to serve the god of time to go back into the past to set things aright, to stave off the inevitable end of the world by another thousand years or more, and they succeeded. The results of this change in the timeline have altered many events previously regarded as canon, effectively making most of the "Keepers" era alternate history (for an imaginary fantasy alternate history, so there ya' go!)

Anyway, if as I print more of this stuff on the blog you wonder why I tie Lingusia material to either an "Ages, Keeper or Warlords" era date, this is the reason. Also, if you wonder why I seem to have an erratic tendency to dump content out with various systems, this is why.

Now, to also clarify about the Blog title: The Realms of Chirak was my big project, the development of my second major homebrew campaign that I started as a Runequest campaign back in 1992ish. Chirak migrated to AD&D 2nd edition and subsequently to 3rd edition and D20, all the while growing and developing, but the opportunity to turn it into a published setting didn't happen until 4E came along. 4th edition D&D really is more intuitive for me, a much easier set of rules to write and design for. I had a more or less working D20-period document for Chirak that I never felt comfortable publishing because, frankly, I've never found the D20 system to be an easy beast to work with. Chirak also has a working Runequest version, one which I will likely release when Legend is released and we can see what the OGL for that edition looks like. Chirak is very much at home in both 4th edition D&D and Runequest, and so it shall remain (although I have run occasional Pathfinder games in it, and it worked well in prior editions of D&D).

Anyway, I plan to put more Chirak stuff up eventually, as well, although I'm busy enough with a Companion Book to be released for the 4E version as well as the Runequest II/Legend edition that I haven't had an opportunity to sort out what of all that material I should throw on the blog yet. Time will tell!

I will save discussion on the worlds of Enzada, Irkalla, Isomular, Astrophikus, Dark Stars, the Stellar Expanses and others for another day. But they will all eventually see some light here on the blog.

Okay, now that I got that explanation out of the way....more gaming stuff tomorrow! 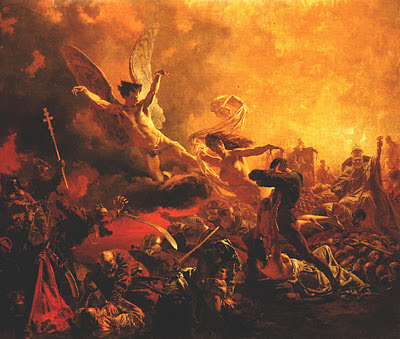 Posted by Doctor Futurity at 6:30 AM