The Ages of Lingusia: Prologue and DM's Ramblings 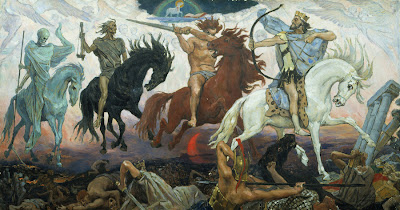 Note: What follows was intended as my original introduction to "Ages of Lingusia" from a year ago before I decided to discontinue work on it for PDF publication and instead cannibalized the manuscript for my blog.

Warning! What follows is a sort of editorial wandering that I feel is comparable to getting cornered in your friendly local game store by that guy who is going to tell you all about his 37th level half orc paladin that slew both Satan and Thor* on the same day from his high school campaign…except, in this case, it’s the thirty year old campaign world of Lingusia, and it’s an old gorgnard looking at the curious history of his hobby/obsession and how it has manifested creatively in this imaginary world-space. You have been warned!

*I was cornered by this guy. It was...terrifying.

Next: History of the Ages Era


All Text copyright 2011 by Nicholas Torbin bergquist, all rights reserved
Posted by Doctor Futurity at 10:40 AM