One of Those Days! 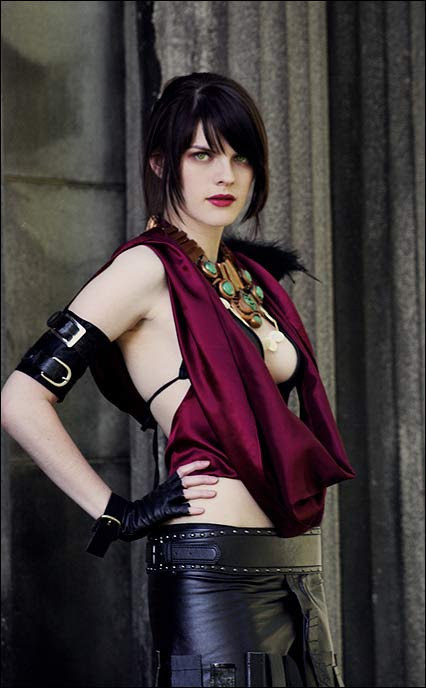 Monte's newest article is up, and internet discussions have once again ensued at places like rpg.net. I won't go into specifics, but I find it interesting that not even Monte appears to consider the idea of designing an RPG to model realistic characters and situations to be something worth mentioning. I understand this is just a game and all that entails, but it seems like the concept of emergent gameplay has taken over the concept of emergent storytelling.....like figuring out whether your ruleset supports "healbots" or dudes with all sorts of healing surges to spread recovery powers out among the crowd is more important than considering whether both concepts are just stupid to begin with and maybe someone should look for an unrelated third solution. Then I remember that there are countless other solutions, in the form of amazing games like GURPS, Runequest, Savage Worlds and so forth, and wonder if I shouldn't just heed my own inner voice, take a loooooong break from D&D and see what it's like to play an RPG I really love and respect for a year or two exclusively. And then I remember that in order to do this, I need players who are on the same boat as me....sigh....I've got a few, but not enough to make a clean break from all things D&D and Pathfinder. Hmmmm. Or do I?

So enamoured am I now of Dragon Age that I'm going to bunt down the Green Ronin paper and pencil edition. Perusal of the info available online has suggested that the AGE System is worth looking into. Plus, Legend from Mongoose should be out soon, not that I don't already have it (in the form of RQII). Maybe next year, if I actually find time for gaming post-zergling, I will find the temerity to ditch D&D* and its iterations for a good long while, head out and enjoy some more cogent game systems in which the words "optimization, system mastery, edition wars," and "build" are less relevant. Ah, that would be nice....!

By the way, it turns out that even with safe search on in google, searching for images of Runequestian broo is not a good idea. So here's a duck instead...!

*Castles & Crusades does not count! It's really more of a pure recapturing of D&D's old spirit. Nor does Swords & Wizardry.
Posted by Doctor Futurity at 9:40 AM