The Caves of Chaos Level 2: Lair of the Kruthiks

The Second Level of the Caves of Chaos:
The Lair of the Kruthiks

Note: The original version of this module used the Aspis (which first appeared in the first Aerie of the Slave Lords module and could easily be substituted back in if you are retroing this dungeon for 1st or 2nd edition); otherwise, for purposes of 4E the kruthik in the Monster Manual, modified a bit to add some Body Horror into the mix, worked quite nicely.


The most famous inhabitants of the Second Level are the metamorphic Kruthiks, great insectoid beings of hulking, ominous stature that seem to have walked from the pages of either a Lovecraft tale or Kafka's Metamorphosis,or both. The Kruthiks are, in fact, harvesting absorbed beings of other species who have been changed by the fluidic emissions of the Kruthik Queen into mindless kruthik slaves, as this queen is unable to lay eggs normally. Thus, all kruthik in this region seem to bear some vague resemblance to other beings that have been horribly changed… 1. This guard room, occupied by four level 1 orcs and 2 second level orcs is used to keep the dreaded Kruthiks from encroaching upon orcish territory. The orcs will warn anyone who enters away, but will also strongly question people who shouldn't be here in the first place. There is a large bell-chime of copper in this room, to be rung should the Kruthiks break through the door. Furniture, a bunk, table, chairs and small chest with 73 gp, are all in here as well.2. Prayer gathering room. Every day at noon and night the kruthiks within the caves will gather here, entering one at a time, and give a silent prayer of devotion to the statue of Kathack, chaos god of insects. At all times there is a single kruthik priest within the room overseeing prayers and the protection of the statue (which, by the-way, is made of pure gold, worth 1000 G.P.). The priest is a fourth level follower of Kathack. In the shadows above lurks a guardian giant spider.
The chamber itself is strewn with ornate webs, oddly inscribed paper made from the muccous skin extract of the kruthiks, and given forth as prayer, along with oddly burning incense that will cause a euphoria in those who breath it for a turn or more if they fail a Fortitude Save DC 18. This euphoria will slow all reactions, lower attacks by 1, and make all Dex or Reflex checks at -4. It has no effect on insectoids other than a peaceable sense of godliness. The walls of this chamber are inscribed with the tale of the mysterious kruthiks, about their underworld trek from the barren lands of old, and their persecution at the hands of the mysterious "Nonmen". Scholars will find this hard to decrypt, but fascinating. Locked in the tales is a clue, that the place of emergence from this world spanning cavern can be found in the fourth peak of the Chaos Mountains.3. The sacred place of growth for the kruthiks. Whenever a kruthik out-grows his old skin, he proceeds to this place to exit his old skin. The skin is then taken and burned before the statue of Kathack in room 2 as a sacrifice. This room is caked with mucous extract, and will likely have between one and eight kruthiks in the process of the change, which can take up to two weeks. Overseeing this will be one to three first level acolytes, and two warriors to guard the process.
Kruthiks skin will serve as a powerful healing salve for up to forty eight hours after it has been shed; placing it on a wound for several hours will heal ld8 points of damage. It can be used, when dried and powdered, in healing potions.4. The queen's breeding chambers. In here is the huge pulpy body of the kruthik queen (Hive Lord). She is guarded at all times by 4 kruthik warriors. The queen herself is caught up in a lotus-induced stupor and will have to struggle to emerge from her strange dreams to defend herself or interact with others. She is about forty feet long, and composed primarily of the gestation sack in which the eggs incubate. The horrifying reality of her transmogrifying powers can be seen here, as dozens of mutated victims fill the chamber. Her eggs are really the encased bodies of animals and humanoids, captured by the warriors and gatherers, then brought here to be transformed by her strange extracts. The product of the queen can be used in potions of polymorphication, and anyone exposed to the pure substance is attacked for +12 vs. Fortitude once a day for three days in a row will gradually cocoon and change into an kruthik within 1d6 weeks. Only potent healing, curse removal, or polymorphing spells (at GM's discretion) will reverse the change. 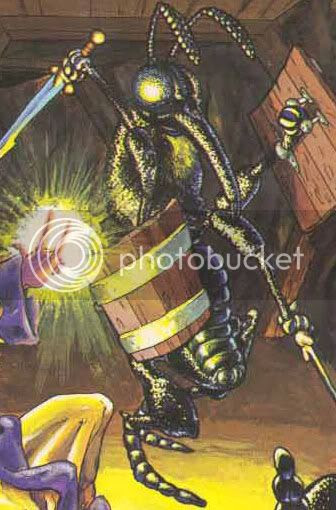 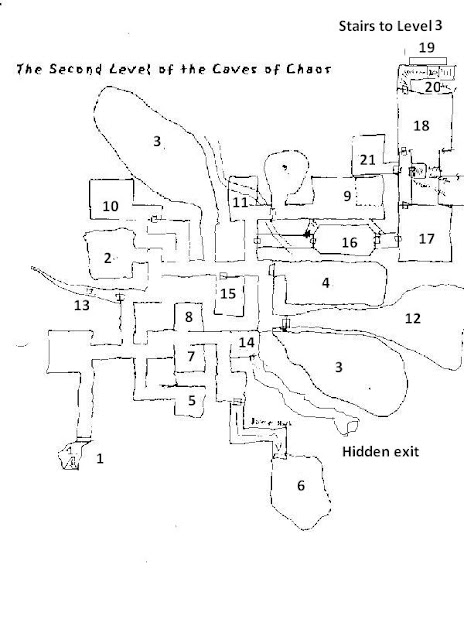 Copyright 2011 by Nicholas Bergquist, all rights reserved
Posted by Doctor Futurity at 10:00 AM