My Namesake is a real thing, and the Quiche Mayan "camazotz" means literally death bat, referring both to the Xibalban demon, a masive vorpal bat prone to stealing the head of the Hero Twin Hunahpu, lurking in his domain of the House of Night in the underworld of Xibalba, as well as the broader appelation of death bats in general. He makes his formal appearance in  myth by way of the Popol Vuh, one of the most notable surviving codices of the period.

There's a suspected link between the weird mythology of giant bats in Mesoamerican lore and the fact that, until only a few thousand years ago there may have been a real, live basis for this myth in the form of a massive bat with a ten foot wing span. Now extinct, the remains of this creature have been found in a context indicating that it likely existed, and was known to the early settlers of Mesoamerica. 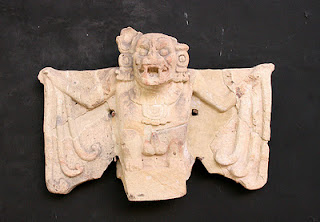 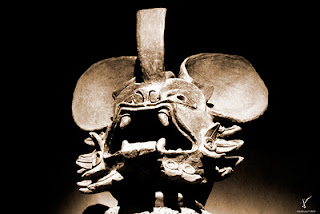 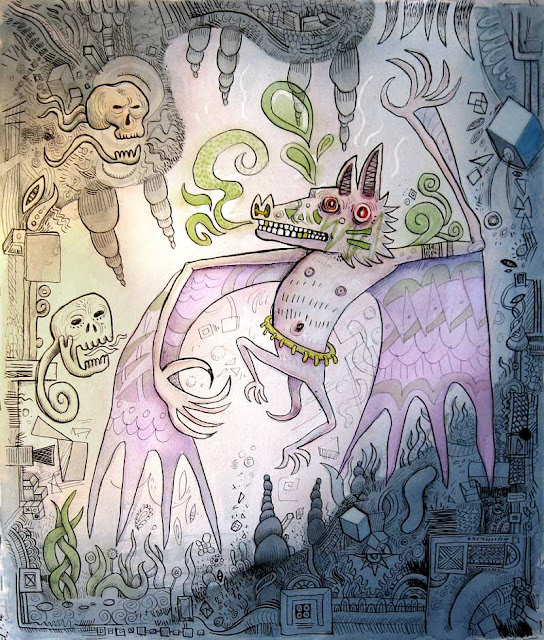