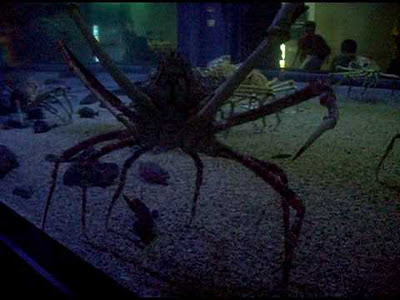 
A peculiar being, with a body and four limbs but decidedly not “humanoid”. It moves about like a crab, often in different directions. It is comprised of a blue and orangish skin, fuzzy to the touch, and one side has a lumpy bump,a sort of head, with numerous marble-like protrusions serving as sensory nodes.

Seemingly androgynous, sparsely-detailed, and extremely slim humanoids, with double-jointed limbs and digits. They lack a centralized cerebellum, and instead have brain tissue laced throughout their body in tight cords around their fibrous, flexible yet strong skeletons. Anageni developed gravitic technology over a three thousand years ago, and only within the last nine centuries were they able to manipulate wormhole technology to open low-energy portals wide enough to cross through space time. The Anageni achieved mastery of their genome and the process of genetic manipulation long ago, and biogenetics are commonplace on their worlds. They also have mastered remote probing of parallel universes through subatomic wormholes. They have been studying Progenitor technology for centuries, and have a keen understanding seen in no other species. They communicate most efficiently by touch, exchanging streams of protein chains encrypted with a vast sum of information, but the xenological Anageni and diplomats among their kind have “grown” specialized sensory organs such as a mouth by which they might communicate with humans and other species relying on audio-visual sensation for interaction. The backs of Anageni are ridged with fine, hair-like filaments that are nerve-endings leading directly into their cerebral network, and are capable of detecting and interpreting light well into the microwave band as well as motion on such a level as to create a stunning, 1080 degree image in their minds of their environment, though efforts to understand how they actually “see” what they feel in their sensory network is beyond human imagination.

Anageni are Double-Jointed in all of their limbs and digits (both legs, both arms, seven fingers and toes on each foot and hand). Anageni actually prefer to move about on all fours, and while they don’t need to, will prefer to do so whenever possible.

Anageni have no “heads” to speak of, but instead have a sensory-stump roughly where the human mind tries to place a neck and head. This stump contains the longest of the sensory hairs, which are really tendrils for close probing, and an Anageni which is struck and injured in this area is as impaired as if blinded. A similar effect can be achieved with they are hit with a sudden, intense burst of microwave energy, which could permanently burn them if intense enough, besides the usual burn damage.

Anageni do have some of the finest sensory organs in known space, however, and as such, make all Awareness broad and specialized skill checks at -2, with regards to details about the light spectra being felt, distant movement, and difficult optical effects. Likewise, they are nearly impossible to surprise, and an attempt to do so must be done with a +3 modifier, unless special precautions are taken.

Anageni may take on specialized mutations, through genetic manipulation, but do so as a practical species, and are not in the habit of gratuitous self-provement without a reason, Often, an Anageni will alter himself as necessary for a specific task, only to reverse the change later when the necessary task is complete. This ease of change is due to the amazing flexibility of their bodies, their susceptibility to change, and the peculiar way in which they, long ago, modified their genome to work almost like an input/output processor. It is not hard for an Anageni to change himself as necessary.

For this reason, an Anageni at the start of play may spend 5 skill points to begin with a mutation package. Later on in the course of game play, they may pursue such changes as necessary.

Anageni are part of their own Stellar Community, and claim dozens of worlds as their own, and many more that are under their safe-keeping. They have a direct alliance with the Free world Corp, who negotiated a trade alliance with them a century ago, and with the GICH, whom they sympathize with. They have a tentative cooperation agreement with the Federated Commonwealth, and have resisted treaties or trade agreements with all other groups. The Anageni are not isolationist, however. Rather, they have a strong sense of libertarian values, and have cosntructed a spacefaring society and government which operates on such principles. There is a great deal of concern among the anageni that this system could be compromised if alien powers are given the opportunity.

Anageni have some unusual options due to their transgenic habits as a species. Many anageni also modify themselves transgenically, adding bioware to their bodies (use the augments rules for some ideas in the main rulebook):

Extra Arms: Anageni have ful use of all four limbs, and are double jointed as well. This grants them Ambidexterity as well as a +2 Dex bonus. Furthermore, they may multitask, performing two non-combat actions at no penalty simultaneously if circumstances permit (for example, two limbs fixing a communications array on the left while the other cleans a weapon on the right). The first reaction of an anageni in combat does not reduce the initiative track by 1 (though subsequent reactions do).

Sensory Node: Anageni have a sensory node which is especially attuned to the following senses: stereoscopic sensory field on all levels: hearing, vision, smell, touch, as well as infravision, and magnetic field detection. Anageni may make observational checks normal humans could never do without instrumentation to help them out.

Not Too Tough: Anageni are physically weak and are at -1 Str and -2 End.

Scholarly: Anageni prize intelligence and education highly, and gain +1 in both Int and Edu.

Anageni are always modifying themselves through biomechanics and gene manipulation; many other unique or unusual augments can be purchased. To reflect this, Anageni who are rolling on their career paths may substitute any mustering out benefit rolls for a choice of 1 augment. They may also choose an augment in place of any attribute increase on a personal development skill, subject to referee approval.

Career Paths: Anageni value the sciences above all, and are very disdainful of the military (law enforcement positions are as close as anageni get to any sort of armed forces). As such, anageni get a +2 bonus for their first career in any Science career, but a -2 penalty to enlistment in any military branch outside of law enforcement, since they would be enlisting in a foreign agency’s armed forces.


All text copyright 2011 by Nicholas Torbin Bergquist, all rights reserved