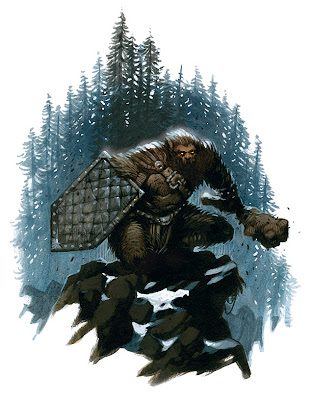 Werebloods
The werebloods are a rare, enigmatic race of beast-blooded kin that can be found most commonly in the wilderness of Autrengard and Hettanar, though they have been found in Jhakn and Ocentash, as well. Werebloods descend from lycanthropic ancestry. As such, werebloods are a rare species and are almost never found in communities of their own, usually manifesting instead as a surprise to otherwise normal parents who did not realize one of their ancestors had lycanthropic blood.
Werebloods can be found anywhere, although as indicated above they are more likely to be found in remote communities and lands where interaction between shape shifters and humans or elves is more likely. Werebloods are commonly misunderstood and often not recognized by most for what they really are.

Wereblooded Adventurers
Werebloods are equivalent to shifters in 4E, and all racial details and feats that apply to shifters work for werebloods.

The planar races consist of human crossbreeds who have been permanently touched with a bit of extraplanar ancestry. These plane-touched are a significant minority in the Middle Kingdoms. Among the planar races can be found the tieflings, aasimar and devas.

Tieflings
Tieflings in Lingusia are surprisingly common, an enigmatic race of men and women with clear infernal or abyssal ancestry. The exact origins of a specific tiefing depends largely on ancestry, but the following are common; these are available as optional background paths for your character:

Ancient Bloodlines of Hyrkania
Associated Skills: Stealth, Thievery
Many tieflings come from cursed families. These families, often Galonian or Hyrkanian, find that their bloodline suffers corruption every eight or nine generations (but sometimes more often). The suspicion is that such families may have been tainted in some way by the corruption of outsiders in the distant past. A more pragmatic expectation is that these are families descended from the era of the Old Empire and the time when the War of the Gods transpired. During that period a veritable army of demons descended upon the mortal plane, and that which the demons did not kill, they defiled. Like as not, even in families where infernal offspring were slain, the taint lingered forever more within the bloodlines themselves.
Less common are pure-bloods who find that one or both parents were possessed at some point or under the influence of evil outsiders. These tiefling offspring appear unexpectedly, unless the possessors are in it for the long haul, and this can be quite a surprise to the parents (sometimes).

Dark Heritage of Kadantania
Associated Skills: Arcana, History
Tieflings of pure blood coming from entire clans of their breed can lay claim to the heritage of lost Kadantania. This sorcerous empire rose up in Amech and dominated for a long period, during which the repulsive sorcerers of this lost kingdom struck a pact with the infernal devils of Hell, the domain of order dominated by Set and other evil gods of order. The Kadantanians sought to emulate the power of the lost Prehunates, and they failed, for the corruption of their species by the devils destroyed them from within, ultimately. All of the old noble bloodlines of lost Kadantania were corrupted, touched by darkness to become tieflings. Many tiefling clans to this day claim such heritage, and a few still believe Kadantania lives on in the lost city of Ur.

Modern Heritage: Starthias
Associated Skills: Arcana, Insight
The vile domain of Starthias along the western shores of the Bloodsea is a new proving ground, for it is here that a new era of power-seeking fools have made infernal pacts with the devils of darkness or the demons of chaos within the last two generations, transforming their kind in to tieflings. The overlord of Starthias, the dark sorcerer-king Anharak, has encouraged his people to seek power at all costs; his exodus to the Silver Mountains in the west has caused a power-gap in the kingdom, which has already come close to shattering the eastern empire with civil war.
Tieflings from Starthias are the most dangerous of all, for their corruption is recent, and their belief in its utility as a means to an end is total. They lack the humility of the Kadantanian tieflings, or the fear of the bloodline-descended tieflings.

Tieflings in the Middle Kingdoms
Life can be very hard for these half demons and half devils. Some get lucky enough to find small communities of their kind, a kindly wizard to take them in as apprentices, or a demonic parent who finds the novelty of a child too compelling to resist. Most tieflings are raised as ambivalent, hateful beings, but a few get lucky and grow up surprisingly straight and normal.
Tieflings are sometimes familiar with both their extraplanar and their mortal parents, but many can only guess at such, having been abandoned at the doorsteps of wizard’s guilds and temples by horrified peasants. Wizards love tiefling orphans; they make excellent apprentices.

Tiefling Adventurers
Use the default rules for tieflings as provided in the PHB; no additional changes are necessary. 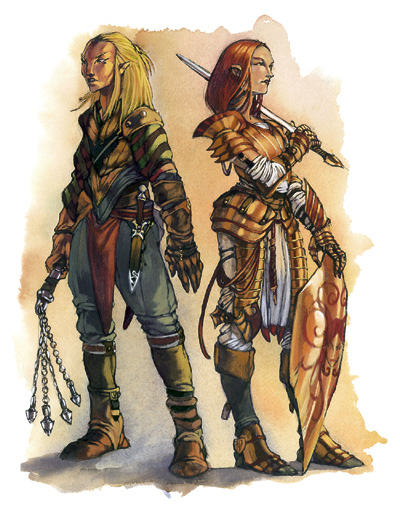 Aasimar
Aasimar are a variant race and counterparts to tieflings. Like tieflings the aasimar have a parent or ancestor with planar blood. Unlike the tieflings, the aasimar have been touched by a divine spark from a good or beneficient being such as a seraph or other angelic entity. A few may even have godling ancestry.
Aasimar are physically similar to humans, but they tend to have perfect skin, white or golden hair and eyes of liquid gold. Their beauty is unrivalled by most other mortals, though aasimar themselves are also often long-lived.
Aasimar stand out most of the time, and for this reason they often find life relatively difficult when growing up, especially if they do not know their true lineage or parents. Young aasimar are often subjugated to slavery and abuse at the hands of those who marvel and covet their beauty, though just as many may be fortunate enough to live in a caring community or have a good parent.

Aasimar Adventurers
Average Height: 5’6” to 6’6” feet tall
Average Weight: 100-200 lbs.
Languages: Middle Tongue, plus one other (usually Tradespeak or Celestial if they know their divine parent or have access to such lore)
Ability Scores: +2 Wisdom, +2 Charisma
Size: medium
Speed: 6 squares
Vision: low-light
Skill Bonuses: +2 Diplomacy, +2 Insight
Resistance: Choose one resistance: necrotic, cold, fire or psychic; gain Resist 5+Charisma modifier against that type of damage. Increase to 10+Charisma modifier at level 11 and 15+Charisma modifier at level 21.
Immortal: You are immortal in origin and all effects that work for or against immortals also affect you.
Divine Might: You can call upon your divine power to add strength and conviction to your blows. Whenever dealing damage with an attribute type modifier, you may substitute yoru Charisma modifier if it is higher, regardless of the power type or nature.

Devas
Although somewhat less common that tieflings, there are also plenty of devas to be found in Lingusia. Just as many demons and infernal extraplanar beings became trapped during the Cataclysm, so too did many angelic beings and benign servitors of good (usually called seraphs). Any entity which was born of a mixture of divine blood can become a deva.
Deva are, in and of themselves, a distinct species which have a unique a place in the Lingusian cosmology, as ancient immortals who reincarnate over time. For an especially interesting variant on Devas, it is suggested that they could be the reincarnated spirits of prehunates from the prehuman era, and that the perpetual struggle to attain goodness over the risk of slipping in to evil ways is part of an ancient curse laid upon their kind by the gods.

Deva Adventurers
Use the default rules for Devas as provided in the core rules; no additional changes are necessary. 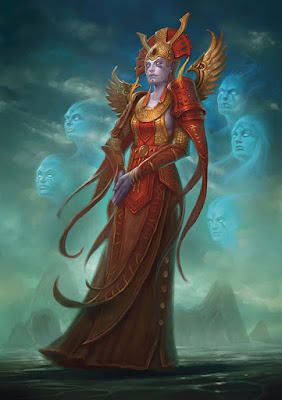