Okay, this might seem minor but after a decade plus of following Penny Arcade, I find it really interesting: a defection in the making. Penny Arcade's always been a great barometer of "things that are genuinely interesting" as well as "things that deserve mocking" in the greater spectrum of the multimedia gaming industry, so it's really fascinating to see that even as they transition away from prior ties to 4E, Pathfinder has suddenly made its presence known. It's not quite the same as being popular to show up in Penny Arcade like this....more like a statement of being relevant.

So yeah, I don't want to say its a big deal, but in a weird way it kind of is. Either way, I get to resume my own Pathfinder game on December 10th, with the wife's blessings, so there ya go. It's not100% my game of choice (cough >Runequest< cough), and I find it clunky mechanically compared to 4E, but I am ready to concede that, at least in my neck of the woods, if I want to play RPGs, I better be ready to play or run Pathfinder. 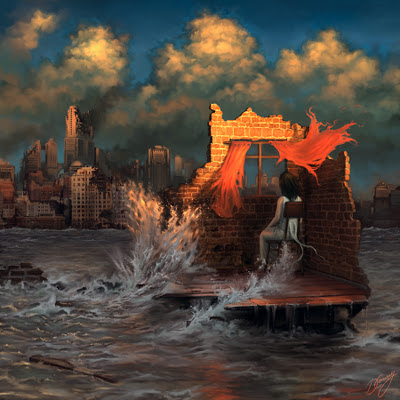 Posted by Doctor Futurity at 5:12 PM