Ages of Lingusia: Social Rank in the Middle Kingdoms 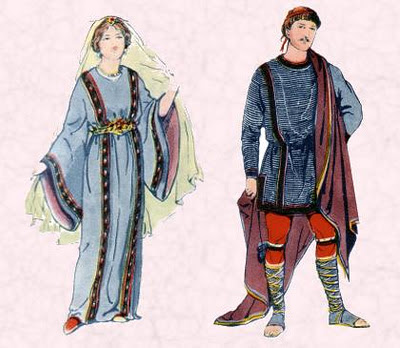 Social Rank in the Middle Kingdoms


The following table can be used to determine a character’s starting social rank in Hyrkania, Octzel, Jhakn  and abroad. To determine starting rank, roll 1D20 and add the Charisma score of your character (at the time of creation). You gain a title in some instances, as well as a wealth modifier. Characters who choose not to roll are automatically assumed to be of no rank, landless commoners (X1 wealth modifier). Nonhumans may roll on this chart if desired to establish approximate rank within their own society, though modifications may have to be made based on culture as needed.

The Use of Titles in the Warlords of Lingusia
Most titles in the Middle Kingdoms are placed between the proper and surname of the person. Thus, Duke Ruoso Aleric in the Middle Tongue vernacular would be Ruoso Gonn Aleric. This can make for some flash titles, but is not necessary to gameplay, being purely for extra flavor. You should either use the more conventional English titles in their proper English format or the Middle Kingdoms equivalents inserted between first and last name, whichever is more comfortable (or cool) to the moment.

Ranks and Titles in Galonia
The Galonians use a similar ranking system, but with different titles based on their language’s own titles, derived from ancient Galonian. You can use the table below to establish equivalent rank in Galonia, but use the following titles in place:

There are many other titles and formal means of address in the world of Lingusia. Some are derived from real-world systems, such as in Zued where the Arabic naming system is common, Caratea where the Greek method of governance and citizenship is active, or in Al’jhira where the East Indian caste system is present.