Paizo has some cool freebies on their website here. The Player's handout includes a Beginner-ized version of the Barbarian along with lots of cool options for the other core classes and some more gear. The GM's handout includes a short scenario, some new monsters (including the minotaur and lizardfolk), new magic items and discusses adventures from the regular Pathfinder lineup that would work with the Beginner's Rules. Overall nice to see some immediate resources for the Boxed Set.

I know this set is only meant to serve as an introduction and gateway, but it really is cool. There was a time not so long ago (well, maybe really long ago....man, how time flies) when this would have looked like a comprehensive full-service game (or at least part 1 of a 2 or 3 part series). I think an "Expert Set" would be a great follow-up, in all honesty, but I know Paizo needs to sell those hardcovers, so it probably won't happen.

I think that in my old age I've really disconnected with the "elite" status of hauling hundreds of pages of rulebooks around. This boxed set is precisely the kind of thing I could get some of my nongamer friends to look at and consider trying...people who might be willing to shell out for a series like this, but who might still find the hardcovers daunting.

I'm also very, very envious at the better type font, clear and precise language (ah, some day we'll get over the need for everything to read like some obscure tome of arcane lore and just accept that sometimes clarity is better) and most of all the impressive graphic layout, design and presentation of the information within. Every single page of the Beginner's Set "POPs" right out and calls attention to it. Unlike the Pathfinder Core Rulebook which for me feels like an infinite wall of dense eye-straining tiny font text. I really want a core rulebook that looks more like this Boxed Set. I am jealous of all the new gamers that will get to enjoy this game as it is intended, while I can only look on in envy as I must stick with my laborious, dense tomes since all my gamers are (most likely) unwilling to peel back the lore already divulged within those ponderous grimoires in favor of this beautific and elegant starter edition.

Or, put another way: you can't go home anymore, it seems, though you can envy those who haven't yet left. 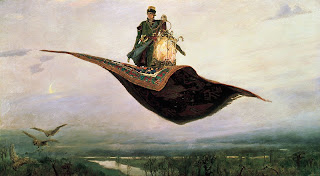 Posted by Doctor Futurity at 4:19 PM