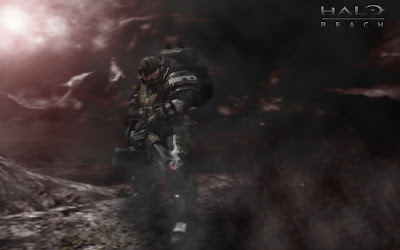 No baby yet! It's almost to the "late" stage (the 17th) so there may be talk of methods of inducement by the 16th. We shall see.

Jody has a theory that Baby does not plan to come until tomorrow, since tomorrow is Halo Anniversary day. I think her rationale is that its karmic timing, but one might also suggest that he's also my kid so maybe he's got my tastes.

As an aside, I am working on polishing up my Swords & Wizardry edition of the Ages of Lingusia. I may prettify and edit it and make it available through lulu. We shall see. I am also considering best options for the more contemporary Warlords of Lingusia, which is set in the Far Future (3,500 aw) of the campaign and features decidedly different cultural political and topographical issues. Warlords have been entirely portrayed in Pathfinder and so will likely stay that way.

I got Loviatar issues 1, 2 and 3 a couple weeks back and they are quite entertaining. Christian basically provides a sort of homage to the classic era of print fanzines right on down to classic era advertisements, all in a stapled digest package. The contents are primarily aimed at scenarios from his Pathfinder campaign that features an interesting medley of ideas and inspirations (Baldur's Gate, for example, shows up as the place of activity in the first issue) but other systems get some face time (specifically GURPS). I would like to do a proper post on them soon, but will order issue #4 first and need to finish reading issue 3.

I also got John Stater's Mystery Men. If you haven't seen Mystery Men go download it now for free right here. I've read through it and actually quite like the mechanics John's come up with to handle saves, challenges and other resolution tasks. The game is designed to be smooth and rules light, and so far the only feature that I find in the least bit odd is the more conventional XP expenditure system, which seems a bit clunky compared to, say, a more conventional point-buy system (which is what it's masquerading as) but it nonetheless works just fine.

Over the weekend while waiting as a patient husband does, watching his wife deal with pregnancy and feeling vaguely guilty for putting her through such an amazingly one-sided experience, I finished Assassin's Creed. Not 2, Brotherhood or the upcoming fourth one, but the original. Assassin's Creed has been on my "to do" list since they day it came out, but each time I got started in it I played for X number of hours, usually got to the first real assassination and then stopped, decided to get back to it later, and then never did. This time I decided, with so many games finally done under my belt, I had no excuse! So yeah, queue two days later and AC 1 is done and I have started into the first sequel, which I can already tell is a more polished, interesting experience.

But blathering about Assassin's Creed is not why I mention it. Rather, it's because after playing the first and starting the second I now know why Steve Jackson Games published GURPS Crusades and GURPS Florence....these were license-free tie-ins to the Assassin's Creed games. Clever! And both well worth checking out, by the way, if you'd like some concise and useful historical resources for your GURPS (or any other) games.

Anyway, with the exception of Batman: Arkham Asylum (which after an entire weekend of playing, at a point where I felt I must be getting close to finishing, on investigation at gamefaqs.com I discovered I was barely through the fifth chapter....about 33% of the way through!) I believe that I now see before me nothing but a field of sequels, mostly in their "2s" and "3s." Except for Rage. Although I feel like Rage is spiritually a sequel to Doom III, as it is clearly an old-school style shooter all dolled up in modern conveniences.

I also finished (for a second time) Dead Space and am working on Dead Space 2. I also read and finished Dead Space: Martyr (great read) but more about that later in its own Blog Post....I'm considering if I have time to write up a Dead Space entry that provides detailed stats and data for using the creepy future of Isaac Clark in either Traveller, Stars Without Number, BRP or GURPS. Get your rig going!

My gaming time for tabletop has been quiet for a few weeks now. With the beginning of November I decided to halt both game groups so that I could be home and available to my wife as much as possible. This is giving us both more time to prep the house (nesting, she calls it), provide emotional support and avoid any anxiety if I am out or away when the Big Moment arrives. I also plan to take a few weeks off from everything, work included, once Marcus is here.

That said, I am dying to jump back into gaming (though on what sort of schedule after the dust settles) and am taking this quiet time to think carefully about what I plan to do. I concede that I've played a bit too much Dungeons & Dragons (and its many iterations) over the last three decades. A lot of guys my age that have been out of or away from the hobby for years find a strong desire to get back in and pick up where they left off; I find myself less enthused about such, admittedly because I've never left the hobby, and have managed to get at least one game in a week for the vast majority of the last 22-odd years (before that ironically gaming wasn't quite as frequent as I'd have liked it during my youth, due to living in the middle of nowhere). So for me, I feel very...sated, I guess the word would be.

Anyway, who knows how it will go. At this point, gaming for me is the social event that lets me hang out with friends, so that's its key advantage. This here is probably the reason I find all the rules arguments, system wars, Forge discussions and so forth to be so tedious....they're effectively missing the point of tabletop gaming as a social medium. Ah well. 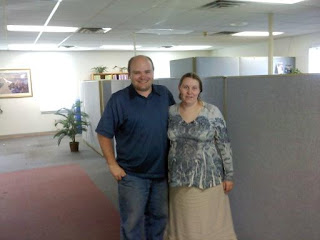 Lest any of you think that Jody and I are anything other than a typical gamer couple, or that my proclivity this season for finishing long-neglected video games is singular, I should mention that while I finished Assassin's Creed and Dead Space over the last two weekends she leveled a Guild Wars character to 18 and as of last night was just shy of making the Survivor Achievement. So yeah...
Posted by Doctor Futurity at 6:20 AM