Located in orbit around luminous Rigel A, the eccentric orbit of this earth-like planet nonetheless developed life-sustaining properties long before Earth. The Rigellian civilization which prospered when humankind was still nothing more than a distant evolutionary potential was all but erased in a cataclysmic interstellar war roughly four million years ago. In the wake of this ancient civilization a new young sapient species arose known as the modern rigellians. The refer to themselves as 'Ash, and their distinctive therapod-like characteristics are hard to adequately describe. Most humans look at them as some sort of plant-like beast with disturbing fleshlike skin, and it is hard not to feel a sense of revulsion around modern rigellians. Even more interesting is how distinctly different they look from the extinct original rigellians; so different physiologically that a new popular theory among xenobiologists is that they are not, in fact, natives to the planet and may have been an import species that thrived and evolved in the wake of the rigellian mass extinction.

Despite their importance to biologists, the 'Ash remain more curiosity than anything else; their language is primarily pheromonal, and they seem to have difficulty comprehending advanced technology.

At roughly 900 light years from Earth, Rigel VI remained unexplored until late in the twenty-seventh century when a coalition of humans, fadelik and sedassir arrived on the deep space explorer ISS Transcendent. What they discovered was a world with evidence of serious catastrophism, remnants of four-million year old superstructures, including orbital colonies still intact at the Lagrange points, and a wildly exotic ecosystem built on an aliens that manage to have plantlike, fungal and mammalian characteristics. 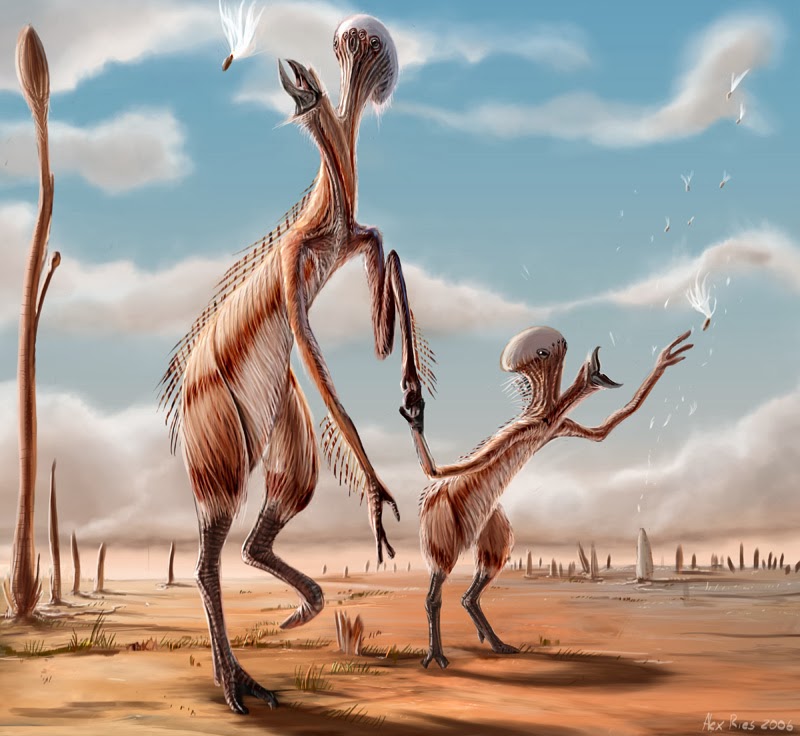 Rigel today is a thriving edgeworld colony, and the hub of activity for deep space exploration, especially in the so called Corward Expanse region where the more recently extinguished galactic remnants of a vast interstellar society can be found. Xenoarchaeologists have dated the most recent extinction of this interstellar society to roughly one hundred thousand years ago, and have found evidence of a failed colony from that lost collective. A few extremists, such as Dr. Barton Ackerly, speculate that the old rigellian extinction may tie in to the more recent extinction events, and he works furiously on Rigel VI to find evidence of this.