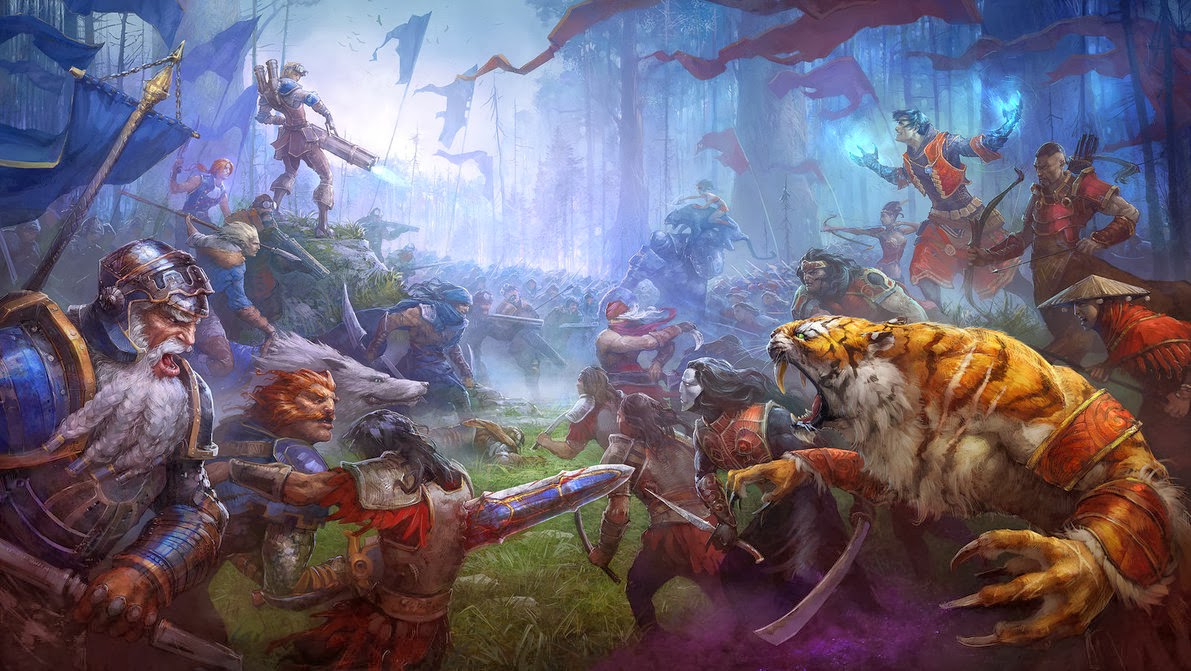 I've talked in previous actual play posts about 13th Age's advantages....now time to talk a bit more about what I increasingly perceive as a disadvantage, albeit a subjective one: the combat.

Saturday night's game was combat heavy; the previous session was loaded with plot and exploration and role play. The next session was basically two very long fights, which had the advantage of being easy to manage without more than cursory use of map and minis, but also suffering from what I would describe as a problem of feeling "gimmicky" to me. This is indeed a problem, because its really a core conceit of the 13th Age fight mechanics: lots of gimmicks which "pop" under the right conditions, often tied to the natural D20 roll of an attack or the escalation die. For some this is a huge feature, but for me, despite thinking it would be cool, I am finding it instead is creating a sense of tedium as everyone tries to track when things can or should "pop." This feels less like a tactical experience to me (ala 4E) and more like some sort of collectible card game. Ahem.

I've run a total of roughly six fights since I started this campaign four sessions ago. Each fight has felt interesting at first, then turned tedious somewhere around turn three or four. I have identified what I consider the problems so far (for level 1-2 fights, anyway):

2. Monsters don't "do" enough. They have many features, yes...but it's highly programmed; the GM isn't so much as making smart decisions for the monsters as he is monitoring for when effects can occur based on whether you rolle even or odd, or over a threshold or whatever. Put another way: I am realizing that I like games where monsters have visible depth in their description and stat block. I do not necessarily like deep math behind the stat block...hate it, in fact; but I like a monster with more options than you can see executed in one fight; that sort of monster can hold more surprises for future battles. So 13th Age, like 4E, is better for GMs that want a statblock that tells them what to do to run the creature, rather than gives them a "monsters character record" and tells them to figure it out. I guess I like the latter, even if I like 13th Age's simpler core math.

3. The fights so far have still gone on too long even with the escalation die. Around turn three or four it always feels like "these things should be dead by now," part and parcel of the too many hit points option. I think 13th Age's escalating damage dice probably solves a lot of that at higher levels....we shall see; for this campaign I have decided to ditch the incremental advancement leveling system again and gone back to awarding a new level after every couple of fights.

4. Given how holistic and freeform the background system, icons system and ritual mechanics are in 13th Age, the weird "popping effect" mechanics tied to the dice actually feel kind of incongruous. There's a great game hidden in here, that needs to be free of the detritus of 4E design.

5. I have decided that tying so much into the "natural roll" is at least tripping us up....no one's used to checking the die before remembering it may be relevant. Nor am I, so monster effects which depend on player rolls (i.e. 16+ natural on die to penetrate past skeletal resistance to weapons) get overlooked, or we have to scramble to remember what the original check was. This slows things down. I can see a future in which 13th Age is fast and smooth. I don't know if I have the energy to reach that future. Plus....I'm not sure I like this mechanic, anyway. Take the skeletons, for example; the "take half damage from slashing weapons" rule is so much simpler than monitoring the die roll all the time.

I know this is a bit of a diversion from my super positive 13th Age articles recently....but after six combats, each lasting between 1.5 and 3 hours long, I am annoyed that the game didn't fix that issue with 4E. I really want a game that moves faster, or if it doesn't move faster than I want a game that feels like it offers some genuine tactical advantages and incentives to play. I do not want a game that can only offer it when the GM deliberately jerry-rigs the fights to insure it doesn't happen.

If I put a mass of two dozen undead in a region for the adventurers to stumble across, parlay with or attack as needed....I appreciate that they have a tough fight but ultimately mow down the undead. But honestly, I am favoring versions of D&D where this doesn't take half the night, or if it does then there's at least enough interesting going on to make it worthwhile. I can get that...barely!...out of Pathfinder thanks to having run it so much for so damned long. I know I can get a much faster experience out of various older editions of D&D. I seriously hope I can get that faster play experience out of D&D 5E; the playtest experience suggests so, but we still need to see the final version.

Think I'll wrap up the 13th Age game in a few sessions and start some Savage Worlds up...see how that one fares with my off-Saturday group!

Posted by Doctor Futurity at 1:43 AM