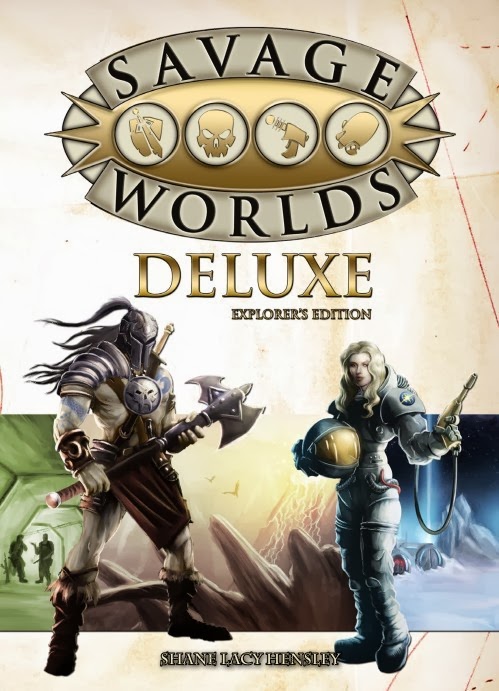 This is a very nice definitive edition of the Savage Worlds system. I'll be writing more about Savage Worlds soon....I think it's won out as my "go to" game for multigenre gaming for 2014. I acquired the Horror Companion along with the Deluxe hard cover edition of the rules, Weird War II, Nemezis, and of course I have Realms of Cthulhu. The Fantasy Companion and Supers Companion are on the way. I downloaded the Science Fiction Companion from rpgnow since it's not out in print...yet.

These new Companion tomes to the new(ish) Deluxe edition are excellent full-feature toolkit books. Savage Worlds seems to rest perfectly on that line between "ease of access" and "robust detail" that I like. I've run earlier versions of it in the past, and enjoyed the campaigns I did get to run quite a bit: one was a Space Marines adventure that demonstrated that Savage Worlds was a natural fit for space opera. The other was a weird sort of "A-Team goes to the Lost Island" theme with a mix of zombies and dinosaurs...it was a brief campaign but crazy fun.

My motivation to get back to Savage Worlds is simple: I was tired of noticing that every time I saw a really interesting new campaign setting for an RPG it was invariably for Savage Worlds. GURPS, much as I love it, is all but dead except for some "fan maintenance" PDFs and a semi-annual single print release. I don't know what's going on with Hero System and it was always a hard sell anyway. Savage Worlds, however, pumps out an endless array of gorgeous, genuinely exciting settings with a lot of adventure and imagination baked in, and a majority are available in print. Hard to resist....I'll do some reviews of these SW books soon so you can get an idea of what you may be missing if you're not up to speed on Pinnacle's multi-genre system. 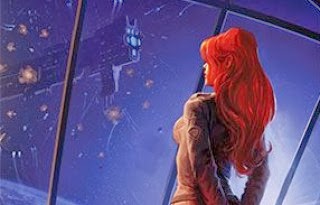