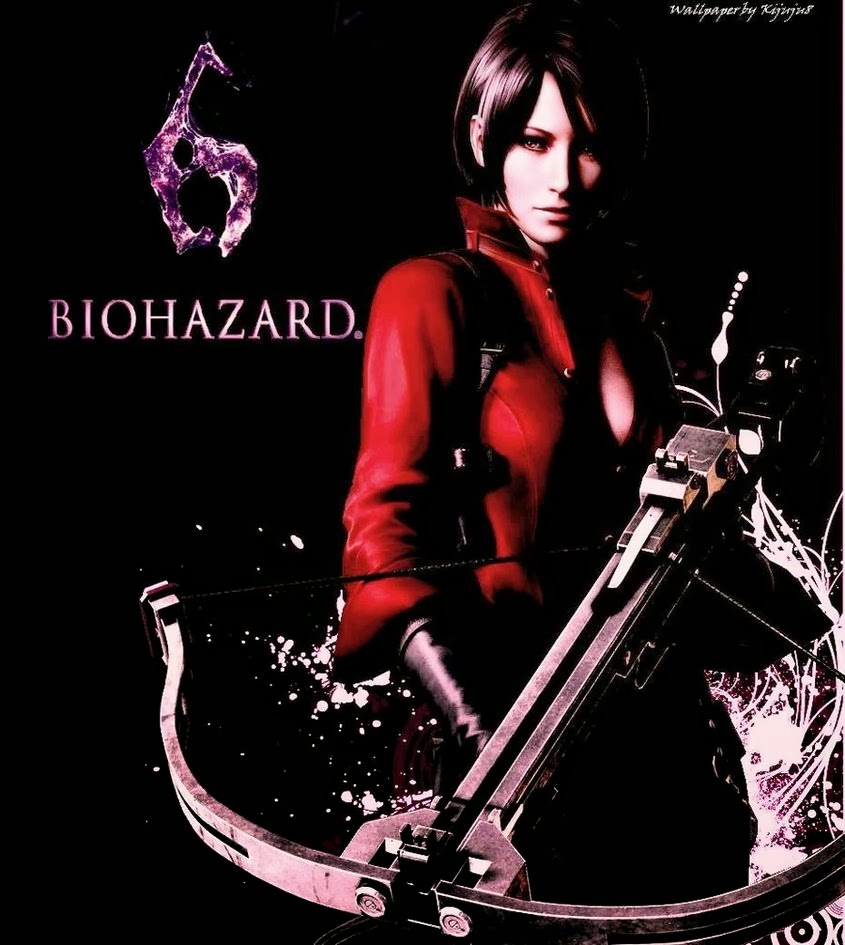 It has at last come to this. After three other reviews, along with a re-evaluation of the original review of the Leon Kennedy campaign when Capcom graciously patched the game in with a "casual" mode (read: mode for guys over age 35 with nominal reflexes) I have at last gotten around to finishing the final campaign in Resident Evil 6: the unlockable Ada Wong campaign.

Disclosure: This version is based on the PC edition, single player mode, with Casual on to make it a pleasant experience rather than a gruelling nightmare of hate and bile. There will be spoilers, too. This campaign is the one that ties the other three together, cleans up the plot holes and in fact makes the entire storyline make sense.

Ada Wong has been with the RE universe since Resident evil 2 when she was engaging in some industrial espionage, trying to steal the G virus. As it turns out, the whole reason for RE6's events boil down to two factors: a madman Mr. Simmons in charge of Homeland Defense who decides to manufacture bioweapons to keep his job viable, and one of those bioweapons turning on him: Carla, the C-Virus created clone of Ada Wong who, it turns out, spends much of the game sowing havoc and confusion for the other lead characters. 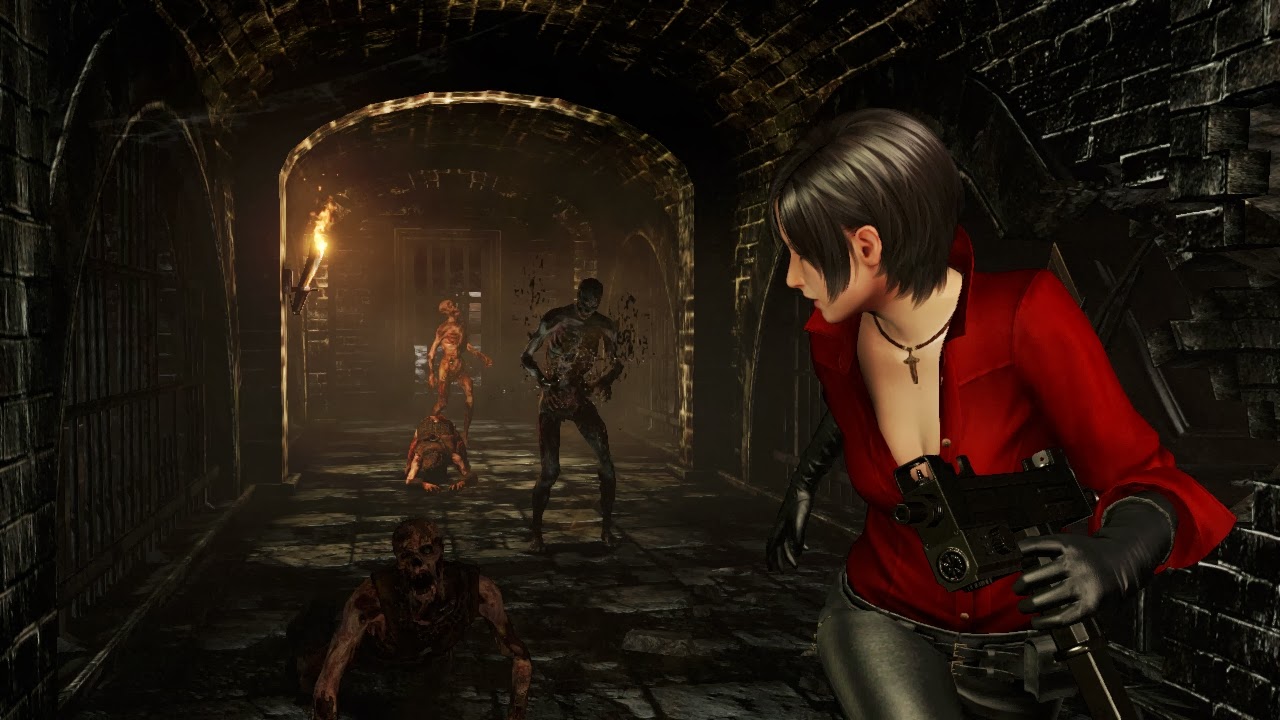 Ada Wong is brought into the fray when Simmons apparently decides to brag about what he's done, and perhaps get Ada to dispatch the rogue Carla for him. Ada begins piecing together the torrid puzzle of deceit, treachery and betrayal as she weaves through her own story bits as well as the portions of the other campaigns, interacting with all the major protagonists along the way. She's conveniently wearing a tight red and black suit, so if you play the other campaigns and notice that Ada shows up in either a purple blouse or a red blouse then you know which one (Carla-Ada-clone or real Ada) is onscreen at the moment.

Without giving too much away, Ada helps everyone out while tracking down her clone, then escapes her clone after Carla overdoses on C-Virus, then she helps put Simmons down and at last finds Carla's secret labs where she started the chaos and wipes it out. The journey (on easy mode) is actually quite fun. The most interesting part of the experience for me was seeing how Ada gets around when everyone else in the game is trudging along the hard way, one street or building infested with BOWs (bio-organic weapons) at a time. Ada uses the startlingly effective grappling hook to grab onto situationally specific key spots and keep her pace measured and overhead most of the time. She spends a lot of time up in the rafters snipe assisting Leon, or maybe in a helicopter (one of the few pleasant in-vehicle experiences in the game). 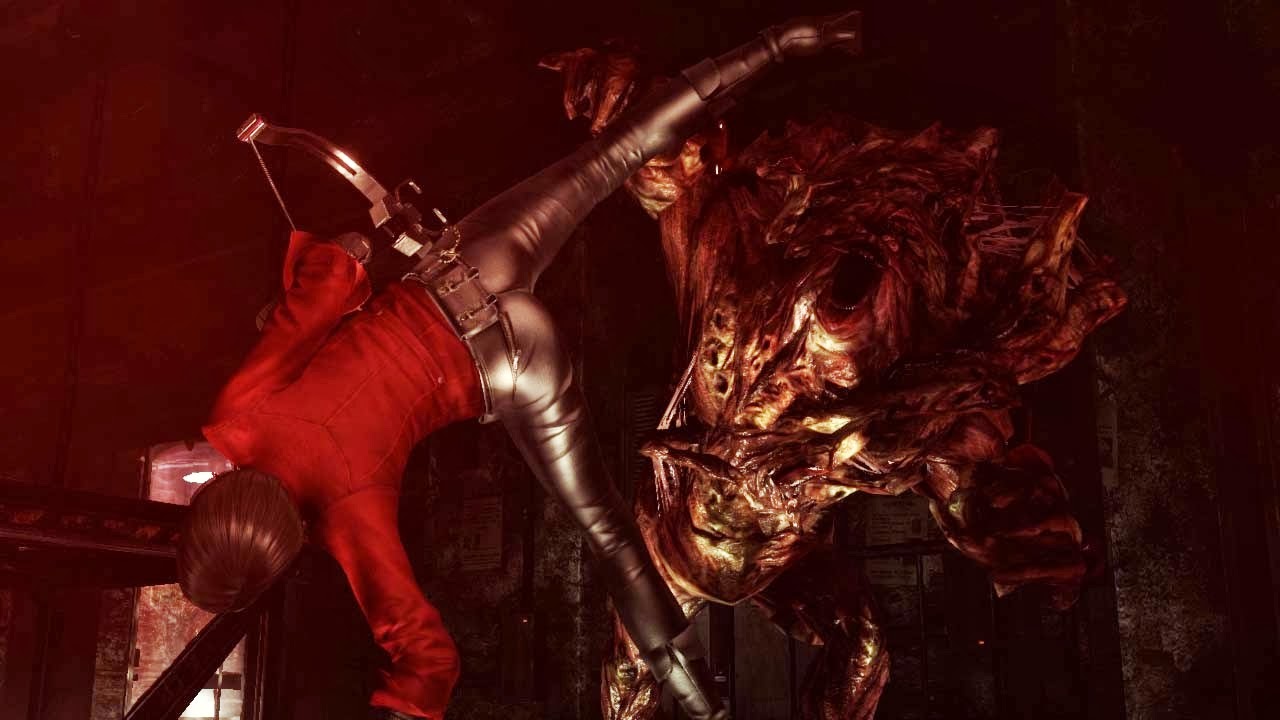 The campaign, despite revisiting many spots where she appeared in other tales of RE6 does not feel stale or rehashed; it's got its own pace and rhythm, and Ada's style carries through well. Ada actually gets to stop and deal with the occasional puzzle, something sorely missing from the other campaigns. The game does suffer a bit in that, like the rest of RE6, it's ultimately a structured linear corridor shooter heavily disguised to look like something else; you do have a few hub spots where you get some freedom of movement, but the game's linearity is still the underpinning of the design.

There are many other ways that RE6 could have been designed, and I hope that RE7 takes this into consideration. It is a fun game, and it does far better that Resident Evil 5 (imo) at evoking survival horror, but it also is a long way from the original premise and style of Resident Evil, something that is perfectly attainable in today's game design as demonstrated by Resident Evil: Revelations.

As a side note, I've played a fair amount of the multiplayer game options, and they are fun. Not "you have got to play this" sort of fun, but "I like RE and this scratched an odd little itch" kind of fun. If you have a choice of editions to play go for the PC Steam version, since it adds the Left4Dead 2 crew and monsters to the multiplayer.

It's been more than a year since RE6 was released, and I've played it in fits and spurts over that period. My initial foray into the game was excitement mixed with disappointment and irritation, but with the patches adding in casual mode, a way to pause, and cleaning up some odd bits, followed by the PC version (the superior version to play) it made the game worthwhile for RE fans. Given that you can find it for $20 or less now, it's hard not to recommend the game to those looking for something with a lot of cinematic action and a little homage to survival horror mixed in.

That said, I really think Capcom needs to think carefully about what the next iteration of the franchise is going to look like. There's a lot of competition out there, from Outlast to Slenderman and State of Decay, and Resident Evil can still pull off real Survival Horror in its own unique way without compromising its overall identity. RE6's greatest current competition is it's own sister title, RE: Revelations, and RE7 needs to be built with that in mind.