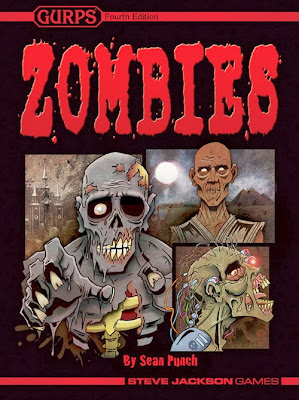 Sure, I've got plenty of Real World resolutions but this is primarily a gaming and SF/F culture blog so here are my resolutions for 2014 as relates to my hobbies and interests:

I like GURPS. I tend to get discouraged when I think too hard about the "time to play vs. time to prepare" component, but the truth is, as often as I get to play games that are not D&D and not Pathfinder GURPS is a fantastic game system for my needs.

#9 - Finally get a chance to run a Mutant Epoch Campaign

Mutant Epoch is an amazingly retro yet complex game which evokes the stuff I liked about Gamma World while coming in a fantastic, visually gorgeous package. It needs more love!

Even a short one or two session game. I am keen to explore this post-apocalyptic world with mechs that I stumbled across early last year. 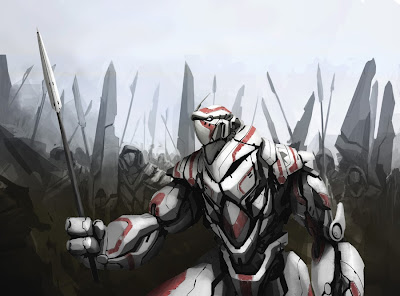 I am confident the Trolls will get DT&T out, maybe by April this year (hopefully before D&D 5th edition shows up!). When it gets here I'd really like to get a chance to play it.

It's hard not to want to embrace D&D for me, and I expect to start a full-blown campaign with the new system when it arrives. My hope is that it is good enough to sell my players who have embraced Pathfinder on the merits of the new system.

I started up a 13th Age campaign recently which will shortly resume in the new year. It's got its own thing going for it, sort of a "4E reimagined as a storytelling engine first, tactical game second" and I look forward to exploring it more before D&D 5th edition arrives and cosumes that time block. I am not sure 13th Age will survive the conlfagration of D&D 5E, Pathfinder and itself later this year.....but I want to have a full campaign under my belt when the clash of the three ensues in July or thereabouts.

My dabbling in one-shot zombie apocalypse scenarios with BRP last year only whet the appetite. Now, with GURPS Zombies, I feel it would be well worth looking into a 5-10 scenario campaign of zombie survival horror. I could use any system for it, but will probably lean on either GURPS, BRP or Rotworld.

Cryptworld is a great game for short campaigns and one-shots. I have a real hankering for some werewolf-vampire-golem-slenderman madness and this is the perfect engine for the job.

#2 - Try to give Pathfinder a break

I've been running Pathfinder 1-2 times a week for close to three years now. It's a perfect system for what I need (customizable game engine to let me run games in my own campaign settings) but too much of a good thing can lead to burnout, right? D&D 5th may be perfect for my games as well, we shall see; likewise, I really have a hankerin' for some survival horror, post-apocalypse and science fiction gaming, three itches a fantasy genre system just can't scratch. 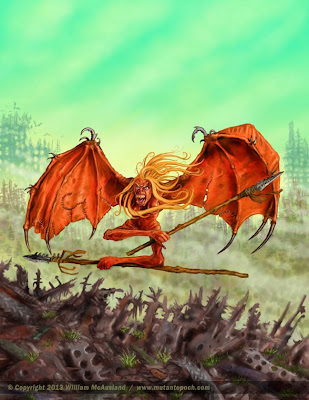 Email ThisBlogThis!Share to TwitterShare to FacebookShare to Pinterest
Labels: 2014, resolutions