Review - One Year in the Savage Afterworld for Mutant Future 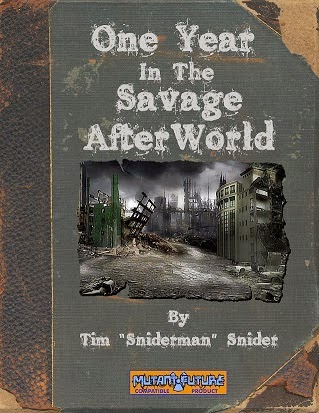 One of the many items of phat lewt I acquired during the holiday season was a print copy of One Year in the Savage Afterworld, a tome of short scenarios and encounters for Mutant Future by Tim Snider. Tim's name is one of several I have come to associate with the various OSR titles that spin out from Goblinoid Games and this book is worthy of being added to one's ever-expanding collection of Labyrinth Lord/Mutant Future/Pacesetter titles.

One Year in the Savage Afterworld (hereafter OySA) is a 106 page OGL tome that contains 52 short scenarios and encounters you can use in Mutant Future. It's pretty specific to MF, but you could probably adapt it to use with your preferred post-apocalyptic game if you applied a bit of creative finagling. Each scenario presents a place, a "start" that motivates or propels the players into the event, a location and threat/problem/foe to overcome and a resolution (usually in the form of loot and salvage). Tim indicates in the intro that he was inspired by his weekly MF group to come up with an encounter-a-week and from this idea the book materialized.

The book also includes a medley of new creatures (about 16) for some encounters, as well as a variety of robots and other items found in the book's many locales. This is appreciated; I've always felt that the core MF rules always suffered a bit from too many OGL reskin creatures and not enough distinctly "gamma-world-esque" monstrosities, Spidergoats not withstanding!

In reading the book I found that the scenarios within range from 30 minute to 1 hour encounters to serve as fill during travel times to scenario outlines which could easily take a session or three to complete. The scenarios all fit the same general core conceit of the MF universe so you could run them in any sequence without running into problems. Some example scenarios for reference:

Poached Eggs - a merchant hires the PCs to collect heomfowl eggs, but the local hemofowl nesting grounds are under assault from a crocotinae.

Out To Sea - the scavengers are looking to loot some coastal military bases, but it turns out great white gulls and cephalopoids are already occupying...

Living Nightmare - a local town is terrorized by an extraplanar creature which feeds on fear.

Dusk of the Dead - living dead terrorize the local clan and the PCs get to re-enact everyone's favorite movie house stand-off....except the twist is that the "survivors" are the walking dead!

The Ghost of Aisle 17 - a seemingly haunted ancient supermarket is actually infested with hyper-intelligent mice.

The Valley that Time Forgot - a Lost World valley in which a tribe of devolved humans with a unique mutation to devolve other creatures have accidentally repopulated the region with prehistoric beasts.

...and there are many more. Each scenario ranges from very short to quite elaborate, but the core conceit for each is that they are well-written, thoughtfully present the range of options and information necessary to run each adventure, and ownership of this book makes GMing Mutant Future--even without prepared material--dirt simple.

Personally, I'd work out a map/region Fallout 3 style, maybe a hex map, and then populate it with 52 event locations....then start it off with the PCs of some lowly little community finding a map and being asked by the elders to go on a grand quest to explore the world and report back to them in one year. This book would be fantastic for such a campaign.

Alternatively, you could draw from this at random for one-shots, or string two or three scenarios together for a longer night (or nights). The presentation is highly modular, and the hook to get PCs exploring is usually very simple (i.e. they are passing by on the old road when... type stuff).

There's one potential issue depending on your tastes and needs. First, there are no maps. I think Tim GMs much as I do...maps are something I keep copies of in spades for when I need them; the old days of my youth making endless maps are mostly over, so these days I snag floorplans, maps online from better artists than I, or just use common sense as needed to provide detail when it becomes important. The descriptions themselves contain everything you need to run the scenario without  map.

A note about the art: it ranges from okay to decent, and most of it fits the mood of an OSR product well. I think any potential customer for a MF product is going to be aware of the fact that the art is going to have that special late 70's/early 80's "thing" that makes it special.

Overall this is a great book. If you're at all into Mutant Future or don't mind adapting scenarios to use with your preferred post-apocalypse RPG, then you should check out One Year in the Savage Afterworld. It's emminently readable, filled with great ideas for fun games and will make your life as Mutant Lord much, much easier. 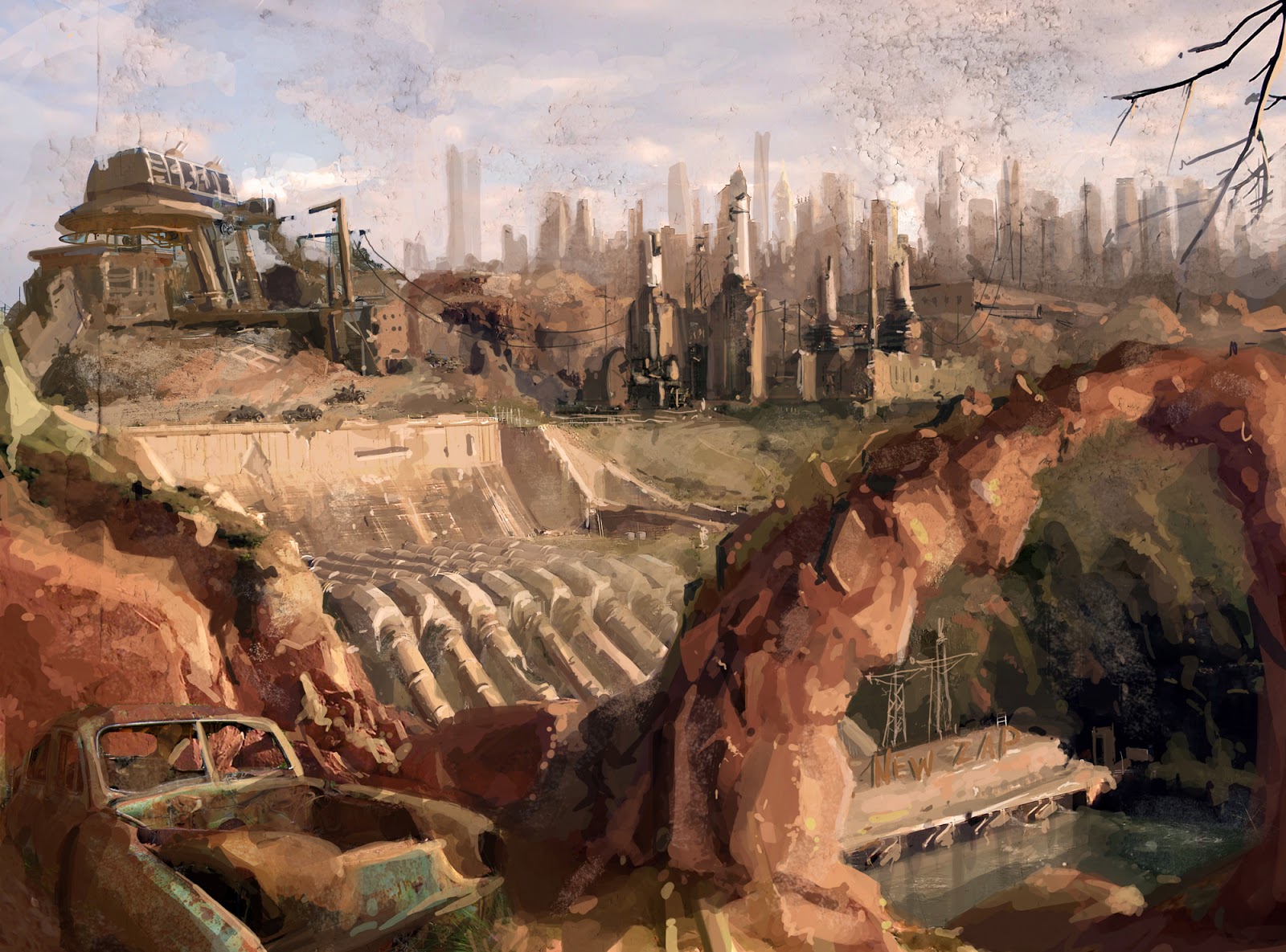 Email ThisBlogThis!Share to TwitterShare to FacebookShare to Pinterest
Labels: mutant future, one year in the savage afterworld, time snider