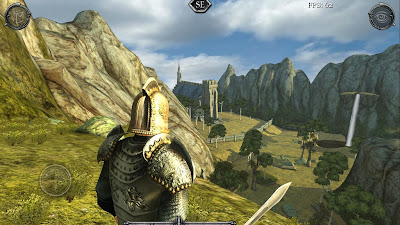 Ouya is basically a console for people who....hmmm. People who meet one of the following criteria, I guess:

1. Gotta have it all (that's me, I guess)
2. Are in that special zone of existence where buying a real tablet or real console is too expensive, but still want to play some games on the TV
3. Consider themselves hipsters but still want to play video games, so the indie slant of the Ouya is a natural fit
4. Like small, square-shaped electronic devices
5. Want a very simple console device that can serve up some easy party games

Now, my general impression of the Ouya bounces back and forth between "satisfaction once I came to terms with what it was" and "mild curiosity that I even own the thing, let alone use it." It's not a bad game console, and I did find a good dozen or so games on the machine that I enjoy, including the following:

Ravensword: Shadowlands - a sort of android version of Skyrim, powered by the Unity Engine (the same engine, fyi, that Pathfinder Online is being built with; so consider the prospect carefully that PFO is being designed with an engine specifically most suited to android games....). I've logged many hours in this game now murdering goblins and boars while occasionally prodding my way into deadlier territories; much more fun on Ouya than it was on the Nexus 7 by virtue of the controller and big screen.

AVP Evolution - arguably as good as Aliens: Colonial Marines (how's that for a left-handed compliment?), an official franchise title in which you play as aliens or predators in yet another post-shark-jump era Aliens game. Play it like it's just a random game and it's quite fun.

Meltdown - a fun little isometric shooter/adventure title which feels vaguely like "Crusader: No Remorse, the actually playable 2013/14 Android edition" to me.

Order & Chaos Online - a lite WoW clone that plays better on Ouya than it does with a touch screen on android tablets.

Shadowgun - an android clone of Gears of War at its core, but quite fun on Ouya. Also powered by Unity. 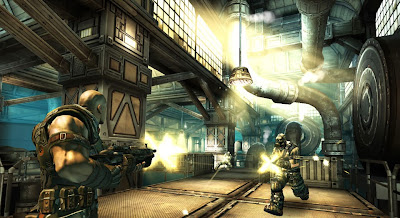 This is just a sample of the the titles I downloaded and actually bought. Ouya lets you download everything on a trial basis first, so sampling the available range of titles is pretty simple. The system also has a variety of odd apps, but services such as Netflix are not on the list so don't consider the Ouya as a substitute for some other device that can put various subscription viewing services on your TV.

Ouya's controller is also an issue. I've gotten used to it, but if you're used to a slick modern controller....or any controller made after around 2001 really, this one's going to feel a bit clunky. I've heard that they are revising the controller along with the Ouya for a second round. Either way it doesn't matter; you can easily use an Xbox 360 controller or even a PS3 controller with a bit of effort. It's very open to external peripherals.

Ouya has 4GB of on-board memory; plugging a thumb drive in to the USB port can net you more room. Most Ouya games are designed to be small downloads, so even with the 4GB limit you can get around 8-12 games loaded easily, more if you abstain from downloading Order & Chaos Online (it's a huge download, the modest size the Ouya lists is just for the downloader to get the main game).

Aside from the onboard memory it comes with a HDMI port, a short cable and an optional ethernet plug in in case you are not wifi ready (it's easy to set up the wifi connection though). Then: park it somewhere and try to remember it's a console and not a door stop.

So far, despite my reservations about it I'm enjoying the Ouya and hope more games appear worth playing. Right now for every cool game like Shadowgun or Ravensword there are two dozen tiny indie games that look (and sometimes play) like crap, but there are quite a few gems to be found in the mix with a bit of discovery and exploration. Titles such as Mirrormoon EP may not appeal to me, but you might find it to be a weird breath of fresh indie air. Likewise I make no apologies for my enjoyment of Amazing Frog and its freakish physics-testing amphibian.

If you get an Ouya, just accept it for what it is and enjoy the experience of a very low key small-budget gaming environment. It's weird fun, and a sharp contrast from its big box cousins. Ultimately I have no regrets, and more than a few of these titles have me firing up the Ouya every night now for a few more rounds. 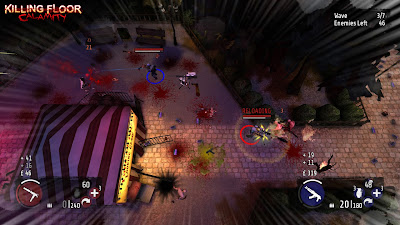