Sine Nomine - Happy Birthday to Me

My birthday's not actually until February 2nd, but I decided to put the order in anyway. In a fit of glorious excess I have ordered the majority of Sine Nomine books in print, including Spears of the Dawn, Stars Without Number (a second copy), Other Dust, Red Tide, Polychrome, Darkness Visible and Relics Lost. If I didn't order more it was simply because I overlooked something. Actually there appear to be three other print books I overlooked, will have to add them next time.

Honestly, if I had to point to three "major movers and shakers" in the OSR community who are identified by their quality, consistency and universal appeal, it would be Goblinoid Games, Frog God, and of course Sine Nomine. Sine Nomine especially since the whole ethos is that the core conceit of old school gaming can exist and thrive across a diversity of genres and settings. The only reason Frog God doesn't get more of my money is because their books are damned expensive. And huge....I've found that I am much likelier to read a 200 page book than a 500+ page book, Pathfinder core excepted.

I've been toying with the idea of some SF gaming this year, but it's very likely GURPS and Traveller will lose out to Stars Without Number. Either way, expect some detailed reviews of all these books soon! 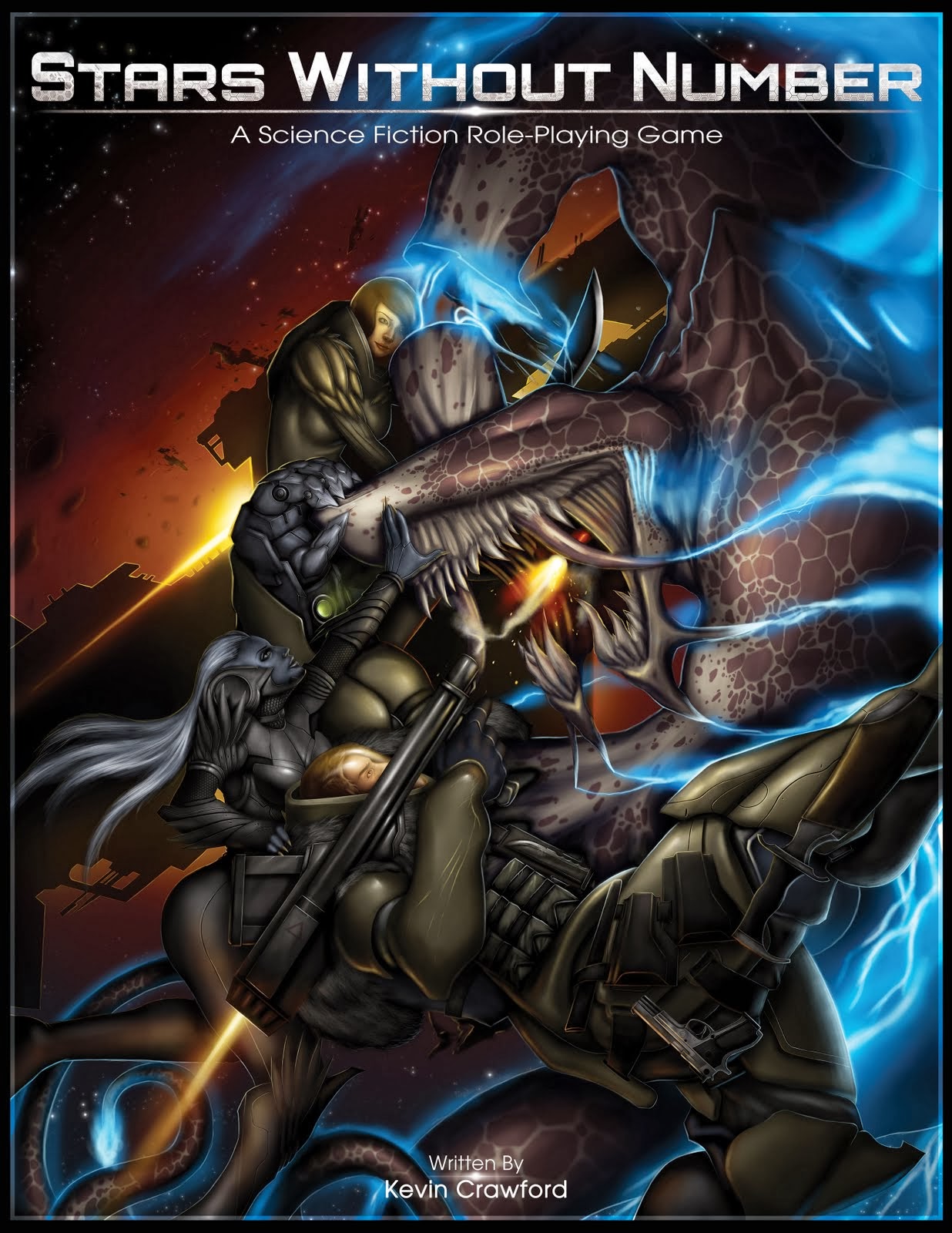 Posted by Doctor Futurity at 9:56 AM

Email ThisBlogThis!Share to TwitterShare to FacebookShare to Pinterest
Labels: OSR, sine nomine, spears of the dawn, stars without number