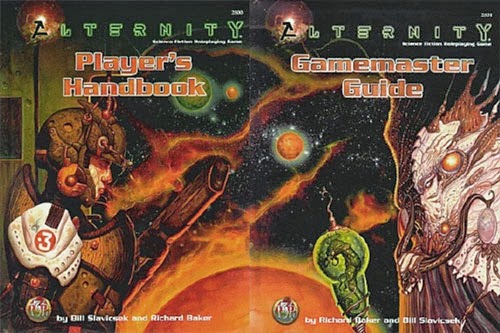 Anyone remember Alternity? I ran a few campaigns with the Alternity rules back in the late nineties; I recall it was a very solid system, with a few rules that were a bit complex for the time (calculating skills in particular caused much frustration for my players, as I recall).

Among my many acquisitions recently I snagged a new condition copy of the Alternity Player's Handbook, Gamemaster's Guide and Stardrive setting for $8.00 each. That was actually better than the typical price for these on Ebay so it was a real steal.

Alternity didn't really get the respect it deserved back in the day; it lasted about two-three years as I recall with a decent run of sourcebooks (including an Alternity-powered Gamma World and the Dark Matter setting), but when D20 arrived on the scene Alternity was laid to rest and some of its content was later regurgitated as material for D20 Modern.

I have to say, if WotC really wanted all my money this is one game system they could post on dndclassics.com in PDF format.

If any system could pull off Mass Effect in paper and pencil, I'd put my money on Alternity. Hmmm...

Alternity has one interesting tie to the OSR, after a fashion...at least what I might call the "second generation" of the OSR, alias AD&D 2nd edition: in the back of the Alternity Gamemaster's Guide in the appendix is a full discussion on converting AD&D 2E characters to Alternity, as a way of uplifting medieval adventurers into the universe at large. Alternity was one of the last such games to do this, I believe, something that was a more common practice in games prior to the 2000's and the arrival of the omnivorous world-devouring D20 SRD and OGL. 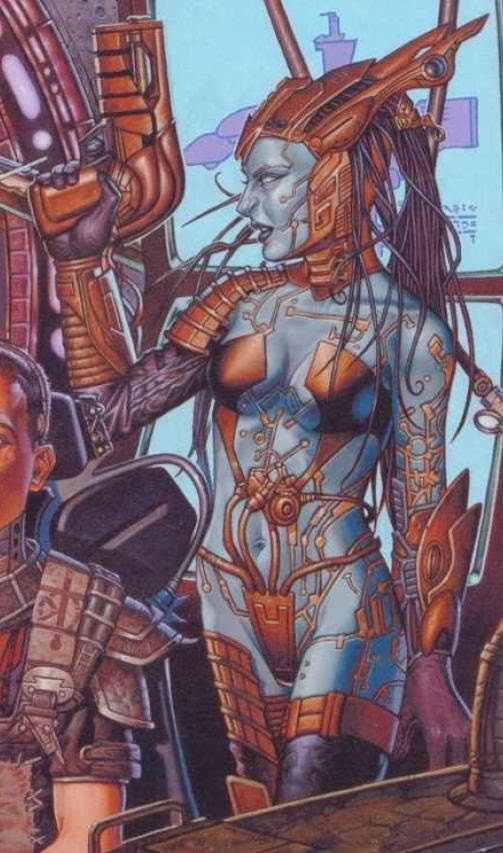 Email ThisBlogThis!Share to TwitterShare to FacebookShare to Pinterest
Labels: alternity