Comparing the BRP family of Games 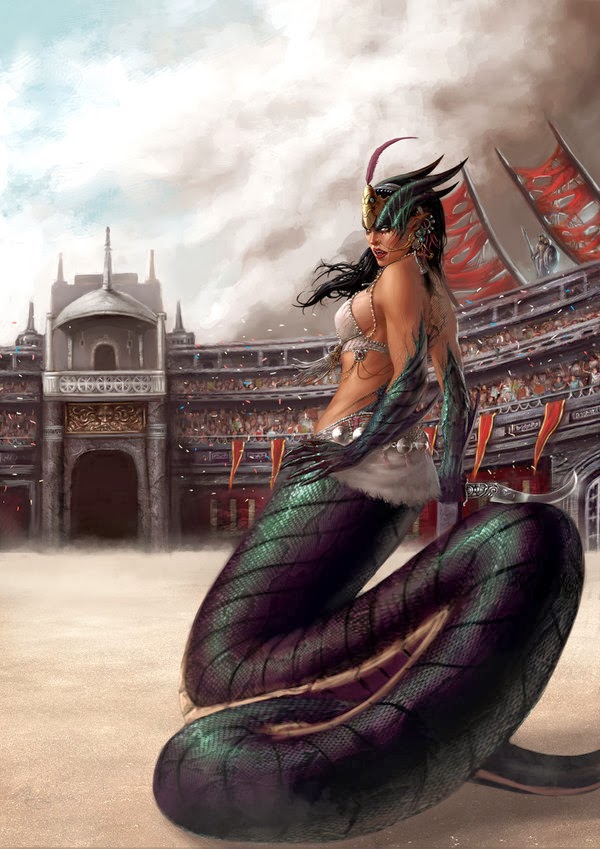 If you've never played any of these games before and want to figure out where to break in, then I suggest you start with asking yourself what are your most important needs in the game? In terms of layout, art, learning curve, support material and complexity, using a 5 point grade where 1 is abyssal and 5 is perfection, with 3 being the neutral middle ground standard for average, I would rank the various BRP-based game engines as follows:

The Unique Thing: each of the above systems have something that makes them stand apart. Here's what that thing is:

Legend: Legend is designed to be portable, and to have lots of plug-in modules of historical and fantasy settings. It's already got its own distinct flavor of fantasy going, and also has the World of Xoth in its corral. Even though it and RQ6 are functionally the same base game, Legend's written in a more conservative, matter-of-fact style that makes it more accessible.

Open Quest 2: it's designed to be a sort of cross between an introductory fantasy system and a faithful house-ruled variant of MRQ with some Legend and BRP mixed in (see Wednesday's review). It's got a few supporting books, and the core conceit of its design is Glorantha friendly.

Runequest 6: this is one of those "loveletter" games (I hate that term) but it's also the best damned version of Runequest made to date. It's learning curve and complexity ratings come from my assessment that the book's eloquence of design and presentation is nonetheless quite complex in presentation; it is effectively no more mechanically complex than Legend, but it demands that you spend more time with it, savoring it like a juicy steak, while Legend is that same steak put in convenient hamburger format. It's hard to explain....I find Legend eminently readable and quick to explain, but RQ6 requires extra care to read. Think of Legend as "Cliff's notes" to the full academic text that is RQ6.

Magic World: the fastest pickup and play experience of the lot, and keeps the core magic system focused on a retooled version of Elric's sorcery. For this reason it is the easiest to introduce outsiders to. MW's tight focus on getting the Elric system back in print as a generic setting has the side effect of making it a de facto quick-play version of BRP. I've had great success introducing completely new players to the BRP family of games using MW.

Basic Roleplaying: it's strength is in its multi-genre approach and its toolkit design. You can't go wrong here, but the other systems on hand are all the best choices for sword & sorcery fantasy gaming. However, if you want to do planetary romance or something really exotic, BRP is your system of choice.

These games each have a lineage. BRP may be the grand-daddy of the lot, but here's how the actual relationship breaks down:

Legend and Runequest 6: No surprise here as both games were designed by Lawrence Whittaker, and both come from Mongoose's RQII. While terminology and some ideas changed from Legend to RQ6, the core conceit of each game is precisely the same, and so the supplements are compatible to a 99% degree of cross-play effectiveness. Ultimately you could buy both and use them all together with minimal fuss. In fact, that's probably the best way to go about doing it until Loz and co. finally release some more supplements for RQ6; until then, Samurai of Legend, Blood Magic, Spider God's Bride and the "Cities" books are on the Legend side of the fence, but deserve to be on the RQ6 side as well.

Open Quest 2 and MRQ: While the first edition of Runequest published by Mongoose (MRQ) is no longer around, much of it's DNA exists in OQ2. This means OQ2 has a reasonable degree of cross-compatibility with Legend and RQ6 (call it 80%) but since it also borrows from BRP, it sort of runs both ways. OQ2 stands out for this reason as being the edition I most closely associate with a "homebrew version" more than anything; an example of how anyone can mash these different games together to make their own stew, so to speak.

Magic world and BRP: Magic World is BRP, just retooled and in a few spots simplified to create a focused fantasy game with a very low bar of entry. It is BRP, just eyes on the ball.

My Personal Choice: If I could choose only one, I think I'd give RQ6 and Legend some weapons and let them fight it out, then go with the victor. For me, it depends on which of these two get the most support over the next year or two. On the surface it looks like Mongoose is winning that side, but each supplement Design Mechanism releases for RQ6 so far has been a power house of cool and new stuff (especially Monster Island), which beats out Legend's retooled reprints. Still, it helps that the core mechanics of these two games are essentially identical, so one could ostensibly pick either and use material from the other game with minimal fuss. It would not be hard to use RQ6 with Pirates of Legend, for example...or port over the Monsters of Legend II beasties as well. Conversely, Legend is OGL and if I wanted to publish content that was fully OGL compatible that's dirt simple to do....so...yeah...

But you know, if I have a group that just wants to have a fun game for the night, and doesn't want to worry too much about their cultural identity and special place in the universe, I think I'd have to grab Magic World or Legend for the job. RQ6 is serious business; it requires time and dedication to savor. You could pull off fast and dirty with MW or Legend easily enough. OQ2 could do this as well, but as I've indicated before, its art is hard for me to get around, when I have other equally good better looking games lying around. And BRP will as always remain my preferred system for modelling modern day zombie apocalypses.

By price alone Open Quest 2 wins, but if you look at the list in terms of sheer volume of content for price then it's a toss up between Runequest 6 and Basic Roleplaying, with RQ6 winning because you can get the PDF and core print edition for $60.00, a better overall deal than buying both the print and PDF versions of BRP from Chaosium.