Over the Edge Bundle

Over the Edge was one of the best of the 90's era of gaming, a weird minimalist game system about surreal adventures in the vein of Burrough's tales of Interzone, on the enigmatic island of Al'Amarja. There's a ton of PDFs now available for around $17 (at last check) over on the Bundle of Holding. OtE remains one of my favorite games that I've inexplicably never actually run....I think it was a game ahead of its time, and Atlas would do well to consider properly re-releasing it in a new edtion in this era where indie and experimental RPGs are all the thing now. 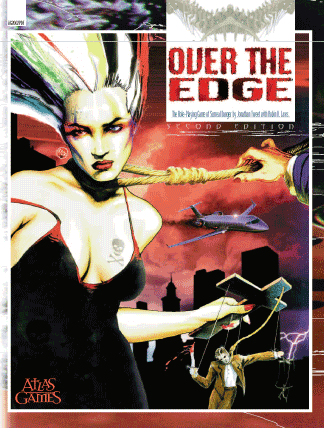 Posted by Doctor Futurity at 8:20 AM

Email ThisBlogThis!Share to TwitterShare to FacebookShare to Pinterest
Labels: bundle of holding, over the edge