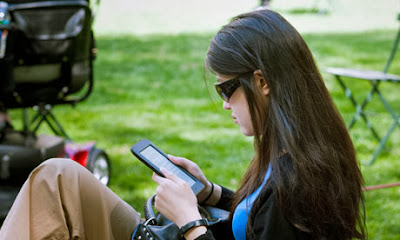 Some discussion has been had on more than one occasion about the issue of pricing in the Nook and Kindle stores. The general consensus is that the Barnes & Noble storefront for Nook is more expensive on average, and the Kindle usually has slightly better prices across the board. I thought I'd put this to the test with a comparison of books in both storefronts.

To make this work I'm going to compare three sets of titles: popular current titles, new titles, and obscure titles. I tend to buy heavily from option #3 (obscure) and as a result may see more savings on average with Kindle than Nook....or so my buying experience suggests. So lets get on with this!

For this entry I'll look at the "top listings" for each store and pick a sampling based on subject mater: sci fi/fantasy for our purposes will be the control measure, using the top seller listings on each site as of 1/3/14. To qualify each book below must be on one of the two top seller lists:

Ender's Game by Orson Scott Card: Both Kindle and Nook list it for $3.99.

The Fellowship of the Ring by J.R.R. Tolkien. Kindle has this listed for $7.69 but the one-volume Lord of the Rings set for $10 (bwuh?) while Nook has the same exact prices, including a $10 one-volume set.

Result One: the prices match, with a couple exceptions. Kindle comes out ahead a bit due to Martin's books.

For this entry I look at "newly listed" to see how the prices on these shiny new tomes appear. The source is this and this list as of 1/3/14. To be on this list it must appear on at least one of the two new lists, and be available now or preorder in both stores. Bias of Note: I am excluding any book that looks like a "urban fantasy vampire chick" novel from the test set:

The Walking Dead: The Fall of the Governor Part I by Robert Kirkman. $11.99 Nook edition vs. $9.83 Kindle edition.

Result Two: It's like this across the board....in terms of new, Kindle really wants your dollars, and B&N hasn't quite figured this out apparently.

I am a master of the obscure, as I expect many tabletop gamers are. What follows are a sample of my library, taken from both the Nook and the Kindle, for comparison:

I tried comparing recent favorites of mine such as Zombie Pulp and The Hive both by Tim Curran but they aren't even on the Nook store it turns out.

The question I might pose to those who self-publish and release books through both storefronts is: why is this? What policy is in place that ends up with a higher mark-up on the ebook at B&N than at Kindle? Do authors and publishers have much control of their pricing, and does Nook have a more difficult "discounting structure" than the Kindle, assuming that's a tool available to publishers? Is it just a market share issue? According to a recent article Amazon holds a 67% market share....could this be the reason? 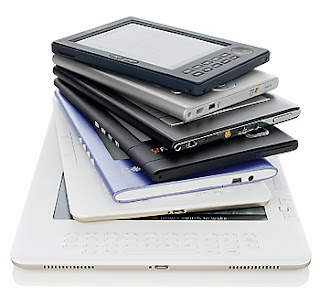