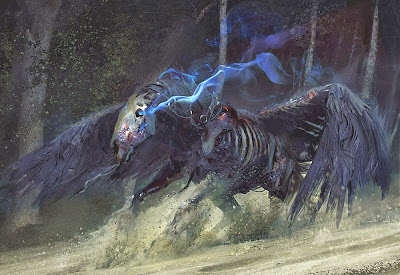 This is a short one as I spent most of the weekend relaxing, playing with the kid and enjoying my PS4. Here, then, are five little factoids and lessons I learned in 2013:

When any serious PC gamer looks at the product of a PS4 or Xbox One, he will notice that the new consoles appear mostly to have caught up with the default expectations of the PC crowd. There are a lot of older gen releases which look great on PC but which are clearly inferior, displaying subpar graphics, framerate or even controls in their console counterparts. I expect a lot of "ultimate edition" ports of older games to appear on the new generation of consoles next year.

Factoid Learned: To console-only gamers this will just look like a stunning improvement, however...because it is! The consoles are once again on equal footing with PC standards, for at least a year or two.

Just enjoying it, staying away from toxic gaming forum sites, and focusing on the community I've got locally has been one of my great pleasures of 2013. That I can still find time at all to game with the job and family is great enough; the last thing I need is to be letting the often pessimistic, toxic attitude of certain sites online foster pessimism within myself as well.

I only buy gamebooks, artsy tomes and comics in print these days. There's simply nothing a print media book has to offer me anymore that a tablet ereader doesn't do better. Sure, there are still a few quibbles to work out (DRM issues with some books being one, along with the theoretically draconian consumer "ownership" trends set by Amazon) but by and large I can now read any book with a degree of customization and accessibility I could only dream about in decades prior. Lesson learned: not buying any more print books unless they are entirely unavailable in ebook format.

I linger over their section in the retail stores. I study Ebay and other sites online just to compare deals. I haunt Best Buy and Office Max to see try out their floor room models. This despite the fact that I own a mix of no less than five ereaders and tablets right now, never mind what my wife owns. Lesson Learned: in 2014 I have sworn not to buy any more tablets, unless it's to replace and upgrade an existing one! (so, no lesson learned)

I'm not talking about Minecraft, which is best described as an "open world crafting game." Rather I refer to those titles where you get opportunistic and powerful heroes for whom a grand city (or cities) are their playground of destruction and adventure. If I learned one lesson better than any in 2013 it was just how much more fun it is to play these games with a bit of heart and spunk. I was already addicted to Bethesda and Bioware games....adding Saint's Row III and IV along with Sleeping Dogs, the Assassin's Creed titles and Far Cry 3 into the mix pretty much has made my appetite for open-world sandbox games insatiable.

Factoid Learned: I can still enjoy a good corridor/linear path shooter, and the current big dogs of the genre (CoD, Battlefield, Killzone and Crysis) are certainly entertaining.....but just imagine a CoD-style game in a Far Cry 3 world, or Crysis set in a ravaged New York that offered as many options as Steelport City. 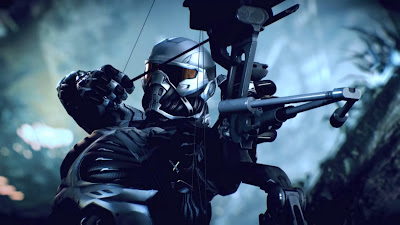 Email ThisBlogThis!Share to TwitterShare to FacebookShare to Pinterest
Labels: 2013 year in review