Y'know, there are a lot of modules out for 5E now...(oh and skills are back in)

I've been pouring over all that has manifested for, around or in relation to 5th edition D&D and suddenly realized that for a game which isn't technically out yet, and for which the playtest is in constant flux, there really is a ton of actual content for use with it right now in one form or another:

There's the playtest packet itself which contains The Caves of Chaos, The Mines of Madness, The Isle of Dread, Reclaiming Blingdenstone and the Mud Sorcerer's Tomb.

There's the S-Series Dungeons of Dread which has a full stat-block 5E booklet available in the playtest packet.

There's the A-Series Secret of the Slavers modules which includes a new lead-in and also has a fully statted enhancement for use with 5E in the playtest packet.

There's The Ghosts of Dragonspear Castle which was a GenCon exclusive but due to my contacts I got a copy without paying an arm and a leg. It has four more modules and the rules inside are as current as the June playtest packet. I haven't had as much time to read it as I'd like (see earlier posts bitching about why) but what I have read has piqued my interest and tempted me to move the book from the "collectible" pile to the "use it" pile.

Lastly there's Murder in Baldur's Gate, which I picked up this weekend and which has a downloadable enhancement for 5E (as well as 4E and 3E). Speaking of which it's a pretty cool module....more than half of it is just campaign content on Baldur's Gate, and a generally cool resource at that. My only complaint with it is the books could have used heavier cardstock covers instead of the flimsy magazine covers they actually have.

So all in all that's 19 modules ready for use with D&D 5th edition. Not bad for a game which hasn't even settled down in its development cycle yet! 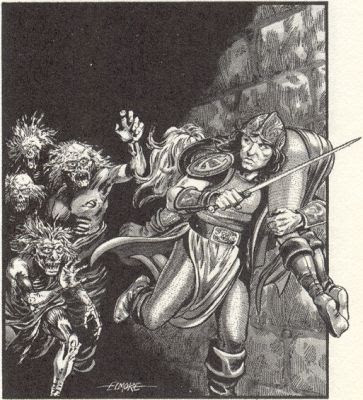 In Mike Mearls' latest post he outlines the return of a more specific set-rank skill system that from the description sounds like it will work well for everyone except those who wanted no skill system at all. Good....now, if I can just see some multi-classing rules...

Posted by Doctor Futurity at 11:38 PM