This one looks easy on the surface but in truth it's a bit hard. I'm interpreting it to mean "a character one of my cohorts has played, which I was impressed by." There are a few worth mentioning...such as my sister's character from back in the day, the wood elf thief and mage Womie who stole from the gods and anyone else he could. There's my friend Mark's many characters, including his most recent, the barbarian half-orc Skullcrusher. There was Maretz the CoDzilla from 2006, or Jeff's Marlonius Kord, madman fighter with a chaotic taint. So many cool characters over the years!

Of all the amazing characters I've seen in action I will give this honor to my friend Dave's Mardieur Mardieux, the dirge-singing tattooed Huron Minotaur of Chirak, a ranger by profession and ex-slave making his way throughout the world of Chirak with his axe and wits to guide him. Mardieur started in 1996 with the AD&D 2nd edition revival of Chirak, and remained a principle character in almost every Chirak game through 2005. Mardieur had a very good run, and was semi-retired (sort of, his journey technically awaits a continuation) at level 27, with some multi-classing into wizard, and a divine zodiac stone in his possession.

1. big hair minotaur, who tattooed himself with memories of particularly impressive victories
2. sang dirges while battling to aid the freshly slain on their speedy journey to the afterlife
3. founded "Villa Mardieu," in Mercurios, a winery and hospice for wayward adventurers
4. Owned the Cannadad Dei for much of his career before giving it to allies and taking off on foot
5. Came to possess the Akquinarios Stone, and began the path of the avatar toward godhood
6. Was killed mid-career and his body possessed by the spirit of the betrayer god Minhauros; his soul was captured and given to the lich Halistrak as a gift; Mardieur and his cohorts had to spend a year in captivity learning how to convince the errant familiar of the lich to release their souls into unformed homunculi bodies to allow them to come back to life (and seek revenge)...this was a huge plot twist and I lost one player over it
7. late in life once took on a colossal scorpion and killed it in 2 rounds; once took on 400 orcs lead by 12 level 20 warlords and killed them in four rounds 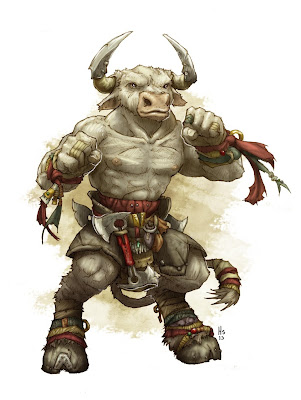