I tend to stick certain magic items in most campaigns (bags of holding, true-seeing devices, the occasional Deck of Many Things). But there is one device I love, but have used only once: The Apparatus of Kwalish. This bizarre artifact is just weird and cool. And it requires more than a little work by the players to figure out. The version I like best was the one described in 2E's Book of Artifacts. This artifact is an excellent way to get the players into some aquatically deep action: 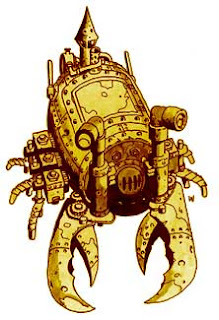 The Apparatus is only the runner-up though. My true favorite, the book which has been the center of entire campaigns, is the legendary Codex of the Infinite Planes itself....this device is the lynchpin of many events in my Chirak campaign, the source of desire for liches and wizards everywhere and a general thorn in everyone's side, as well as an artifact that curses players who cannot resist using it! 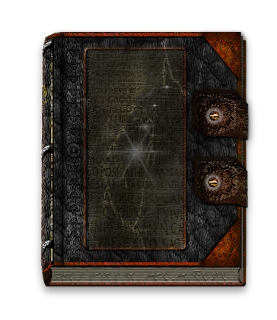 Email ThisBlogThis!Share to TwitterShare to FacebookShare to Pinterest
Labels: 30 days of dungeons dragons, apparatus of kwalish, codex of the infinite planes