This is another tough one, because as GM I've seen a lot of crazy stuff but I feel it's not fair to include stuff I orchestrated or expected, so I'm going to look instead to things my players did which utterly surprised me and even derailed the entire anticipated outcome of an event. These are the moments I love best, when the players come up with a solution that changes everything, and keeps me on my toes (and I never railroad, I actively encourage these sorts of things):

I think the moment I most enjoyed came when I was running Runequest a few years ago and the players, who had been working in Pelegar, a demon-haunted land in western Chirak, toward stopping the malevolent incursion of some chaos god named Molabal from escaping the Plane of Dreams into the mortal world. The players had established that Molabal had been imprisoned for eons in his demiplane, and was the cause of much of the corruption and madness in the land. His minions in the mortal plane, led by choronzon demns and lamia, were intending to free him so he could rule the world or do whatever it was he had been thwarted from doing so many eons back.

When the players reached the point of confrontation, where they could effectively fight to seal the prison bonds of Molabal once more, while the chaos lord sought to diplomatically convince them his freedom was a good idea and his lamia minions tried to carve up any who would interfere with his escape, the players, rather than fight, went into negotiation mode. In a surprising turn of events (because I'm used to players seeing my suave silver-tongued villains as objects to destroy) the players suddenly got this wild idea that they really didn't...couldn't....pass judgement on the chaos lord. Sure, he may be a bad guy in some ways....but freeing him literally meant freeing their land from the pallor of madness his imprisonment had cast upon it, and while he may walk freely in the world once more, other, bigger heroes could take him down, they rationalized.

So in the end they literally freed him of his shackles and helped him get out, in exchange for his leaving them all alone so they could settle down as wealthy men in Pelegar. It was...shocking. It was like Frodo had taken the ring to Sauron and given it to him, on the reassurance that Sauron would leave the Shire alone.

Needless to say, I was perplexed but delighted. The entire conclusion to that campaign created two more campaign arcs that I used for future games, one of which included another group of adventurers who at last had to put Molabal down for good, and had to travel both backwards and forward in time to do it, witnessing his imprisonment, escape and his attempt to destroy the world by merging it with the Far Realm in the process. This, of course, is why the unexpected actions of players can lead to true greatness, and a wealth of additional plot ideas! 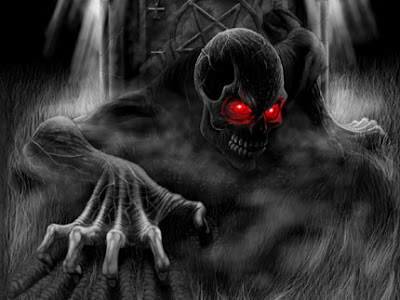