I want to say "what I'm reading" but I haven't had much time for reading anything lately. I did miraculously manage to run a BRP modern zombie one-shot for an old friend and his girlfriend this weekend, who is spanking new to RPGs (the girlfriend, not the old buddy). We got a convert, and I had a great time playing something that was not Pathfinder for once...! I think I've been running too much Pathfinder. But it was nice to play a game with very mortal, fallible characters trying hard to survive terrible circumstances, and for whom something as simple as a zombie bite was a big deal.

I got Runequest Monster Island in print along with Conspiracy X 2.0: Conspiracies in the mail from frpgames.com at last. Excellent! I shall now add them to my enormous pile of "to be read soon" followed by adding them to my "wish I could find time and players to run games for soon" pile.

That pile includes Numenera, as well as the first three releases for Void. I've actually been plowing through Void a bit...it's got all the bells and whistles I want and is an easy read. Not sure I'd qualify it as "hard SF" though the Cthulhu part is spot on. Hard SF doesn't just mean "we lack FTL and it's set in our solar system." Hard SF also means things like "researching how we could theoretically colonize Venus in a manner consistent with the time, effort and cost of a near-future society is likely to invest in such an effort." Underground cities on Venus are actually a much costlier and more difficult undertaking than one could conceivably imagine, and any hard SF future might look more realistically at something in orbit, or the atmosphere instead....but in the universe of Void they've got underground colonies on Venus. There are other examples, but this one annoys me (would have helped if they'd tried to explain why underground colonies on Venus were cheaper in the Voidverse to make than orbital or atmospheric colonies). Despite issues like this I do like Void and what it sets out to do.*

With work in such a state of flux (long story short I jumped ship from one employer to another who made me a more compelling offer, but with the caveat that I was going to earn every penny) it may be a while before I get any reading done, but we shall see.... 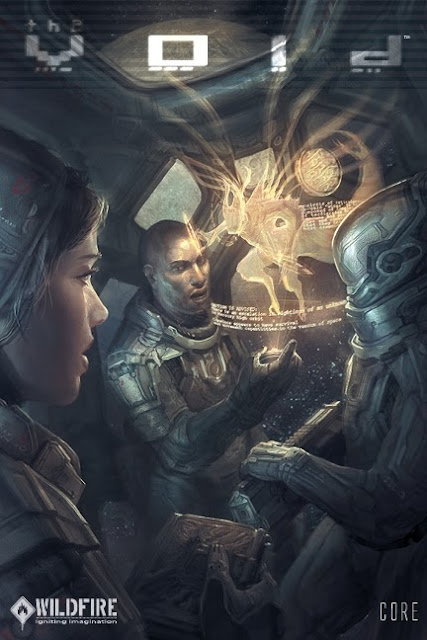 *It's also worth noting that I realize that a hard SF fan's objections are extremely particular, bordering on the pedantic in contrast to what a more ordinary SF fan might worry about. To this I say "don't use the hard SF label unless you're ready to be judged by it." But Void isn't that bad, it just has little things that annoy. So far.
Posted by Doctor Futurity at 12:34 AM