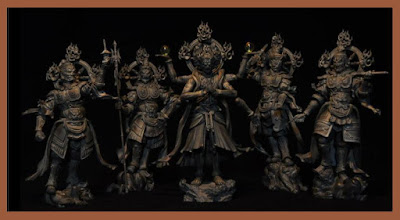 Wen’dathan                    Lord of Beasts
Chaotic Neutral               Neparese Spirit
Wen’dathan is the spirit of beasts and tricksters, a curious entity which manifests in the form of many animals and is said to walk the lands of Nepar causing trouble and strife where it can.

Terenosh                          Keeper of the Hunt
Chaotic Good    Neparese Spirit
One of the divine spirits of Neparese lore, Terenosh is the spirit of the hunt, revered by huntsmen throughout the land, a spirit to whom offerings are paid in exchange for success.

The Three Hundred and Thirty Three Rabbits
Various Alignments;Animistic Spirits of Nepar
Most of the spirits of Nepar are regarded as lesser spirits, commonly called the Three Hundred and Thirty Three Rabits, though actual priests of the land say there are an endless number. These are the spirits of the common objects, animals, tools and elements, each one actually a number of spirits which embody those items and insure they are healthy. When an item or creature loses its spirit, misfortune or destruction is sure to follow. 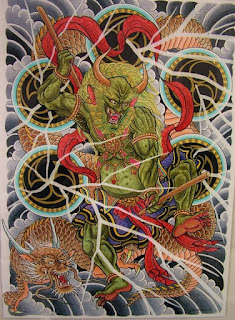