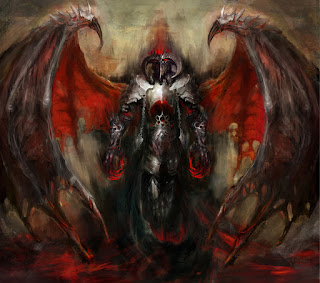 Sheledentan                    Hubris
Chaotic Good    Mazadrani Deity
Hubris is an important concept among the warrior cults and warlords of Mazadran, and Sheledentan is often invoked to remind those warriors of their own failings.

Envirol                              The Sun
True Neutral      Mazadrani Deity
Envirol is seen by some as another aspect of Sol Invictus in Selindar, but Mazadan worshippers regard this ancestral god as the first true king to ascend to godhood, and become the embodiment of light. They harshly reject the entire Selindari “super pantheon” of the rest of the Hub of Etyri.

Pallec The Fire
Neutral Evil        Mazadrani Deity
The god of fire is regarded as a mildly malevolent spirit of the lands of Mazadran, to be feared more than worshipped. 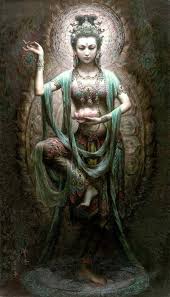 Priullan                            The Spirit
Neutral Good    Mazadrani Deity
The god of the spirit is a strange one in Mazadran, who recognize the spirit world of the In-Between, and feel that Priullan, the first mortal scholar to study that realm and subsequently perish, became its patron and serves as guide to those mages who seek to plumb its secrets.

Shegraeth                        The Terror
Chaotic Evil        Mazadrani Deity
There is one old king of Mazadran, a terrible warlord known as Shegraeth who is believed to have ascended in death and become a god. Shegraeth is the embodiment of death, terror and the out-of-control potential for man at his worst.


Every Mazadrani king must prepare for an afterlife in which he is tested and, if he passes, he ascends to the ranks of lesser godhood. Not all kings make it, and the priesthood dedicated to this process has an enigmatic method of determine who did and did not. Of the last One hundred and seventy three Mazadrani kinds, only fifty three are said to have ascended. This priesthood is engrained in Mazadrani society, and this prospect of true deification in the afterlife is part of the reason the land remains torn between powerful warlord, all seeking the coveted title of King of Kings to gain the right of ascension. Indeed, it is not uncommon in Mazadran for a warlord to sieze the throne, be anointed by the priesthood, and then seek death in mortal combat (taking one’s own life exempts that person from the ascension) specifically to initiate the challenge ascension.
Posted by Doctor Futurity at 6:00 AM