One concept I worked up both to emphasize how cosmopolitan Enzada's beliefs were, and how influential they could be was the concept of astrological signs which have a measurable impact on the daily lives of mortals. This manifests in the form of a patron deity who wants you to succeed, and an antagonist deity who wants you to fail....more on the pantheons soon! 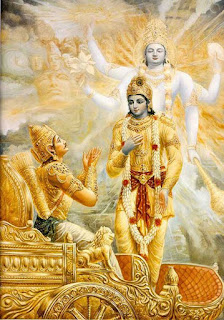 The Divine Aspects: The Patron and Antagonist Deities of Enzadan Astrology


Enzadans believe strongly in the fates and the whims of the gods and spirits as having a direct impact on the destiny of a person. Each person in Enzada has a patron deity and an antagonist deity. Characters can roll at time of creation on the above chart. If the character rolls the same number twice then the character is “special” to that god in an unusual way.
Characters who wish to roll from the alternate deity table for a patron and antagonist may do so, but must make a DC 15 Charisma check to demonstrate that they are sufficiently interesting to have attracted attention from more than the “Big Gods.”

Story Benefit: in situations where the deity might have an influence either favorably or negatively, then events will tend to go for or against the character in some subtle (and occasionally not so subtle) fashion.

Mechanical Benefit: A number of times per day equal to the character’s Charisma modifier (minimum 1), when the player feels that he is doing something that will benefit him he may call upon a favor from his patron; this typically calls for a DC 12 Will save, to demonstrate sufficient strength of character to gain the favor. The favor will typically grant advantage or a +2 bonus. If the attempt fails by 5 or more, then the antagonist god intervenes (usually with disadvantage or a -2 penalty).

Inspiration: When a character engages in an action that is especially compelling (i.e. it either provokes the antagonist deity or pleases the patron deity) he may gain inspiration immediately.


This list is ever expanding, but what follows are a sample from which to choose patron and antagonist deities that are not the principle gods of the Hub (see the earlier chart). Note that while each of the principle deities has a constellation of stars dedicated to them, each of the following gods has only a single star in their name (although some deities on this list once had one or more constellations to claim in eras past, when they were more important).