Five Basic Roleplaying Sourcebooks I Would Really Like To See 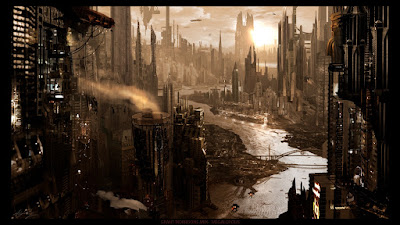 With the recent changes at Chaosium, followed by the Big Ass Sale which has cleaned me out as I acquire all remaining BRP/CoC books I don't already own, it got me to thinking about what Basic Roleplaying still could use in the way of sourcebooks. Here are five tomes I would like to see in BRP's future, and maybe you would, too:

#5. BRP Zombies
We have GURPS Zombies which, like most GURPS books, works well as a sourcebook for any RPG (although 4E is slightly less useful in this regard than the old 3E sourcebooks, I admit). Sure, there are also dedicated zombie apocalypse games out there, but BRP's baseline "rules of realism" work exceptionally well for zombie apocalypses. I ran a BRP zombies campaign not too long ago that was an amazing experience, and introduced at least one new player to RPGs in general...it's a brutal genre, but an in-depth guide would be well worth exploring.

#4. BRP Bestiary
It goes without saying that one of the strengths of D&D is it's ability to produce copious quanities of creatures for adventurers to fight. Although your average BRP game is going to be about more than just slaughtering monsters and taking their stuff, that's a style of play that nonetheless resonates well, and having a large volume of monstrous foes to pick from has always benefited those games that need it...hell, look no further than Malleus Monstrorum for Call of Cthulhu to see an example of how this works for the horror genre.

#3. BRP Post-Apocalypse
Rubble & Ruin is a great monogaph but it is more like a taste of what we could have. I'd love to see a book for BRP that gets the Will McAusland treatment, but powered by BRP. Just imagine what that could look like...or even something robust enough to support an in-depth Mad Max styled campaign without any extra work on the GM's part. Rubble & Ruin was a good start: we need a glorious, full color finish! If we can get an amazing pirate book like Blood Tide, I think BRP Post-Apocalypse should be a no-brainer.


#2. BRP Cyberpunk/Transhumanism
Although the rules say you can construct cybernetics from the super powers rules, and having done so I would say yes, that is a reasonable work-around, it's still better to have a dedicated system (or extrapolation) on cyberware and wetware, along with a detailed world/setting guide that discusses the future cyberpunk dystopias and transhumanist singularities that we could build stories around. I'm thinking of more of a "world/setting creation book" than a premade setting....too often author bias makes the specific setting books of limited value. We need GURPS Ultratech and GURPS Biotech but for BRP, essentially....along with some glorious world design rules.

#1. Future World
This is the top dog....and it could even include the aforementioned cyberware/wetware rules. Magic World works as a great intro game because of its focus on fantasy. A SF-focused rulebook or even toolkit guide for SF gaming would be a much needed addition to BRP. Something which includes cusomized professions and skills, world generation, star travel, ship design, trade and commerce, exploration rules, alien design, cyberware, robots, androids, wetware and more. A "campaign design" book rather than a single setting book like we've been getting...something akin to Savage World's Science Fiction Companion, which as you all know is one of my favorite little toolkit books. 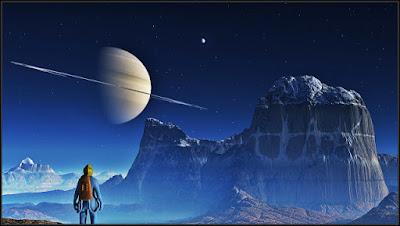