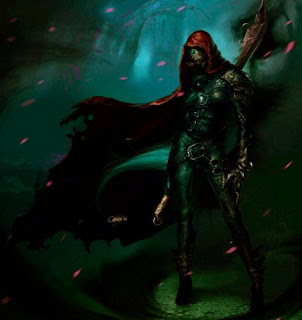 Dual-classing is an option that appears in 1st and 2nd edition Advanced Dungeons & Dragons, but was not so far as I am aware in 0E D&D. It’s a way for human characters to multiclass, but in a fashion which doesn’t work in the same way as traditional multi-classing, a feature reserved for demi-humans.

One reason you could opt to allow dual-classing is to accommodate smaller groups. If you are playing a game with only one or two players this will let them have more options for their characters, and help them to fill more than one role. Another reason could be story-driven; you could include monasteries, warrior’s school, wizard’s insitutes, temples, thieves’ guilds and other such institutions which can offer training for the right price (and right skill). This could be another option for players to explore with their characters.

Dual-classing is basically a “career change” option in which the character decides to shift focus from his existing class to a new one. It’s a bit convoluted as presented in AD&D (both versions), requiring significant base attributes to qualify, followed by specific rules on how the XP gain works, depending on what abilities are used. Logisitically it’s a bit of a mess, because you have to track whether the PC was using his old class abilities or his new class abilities in a given instance, or limit what abilities can and can’t be used, and the old class can never advance after a dual-class transition. The system I propose below is a reductionist view, cleaning up this process for ease of use.

Dual-Class Requirements: a human (and even any demi-human at the GM’s option) can choose to dual-class in a secondary class at a later date. When he does so, the following rules take effect:

Prerequisites: the character must qualify for the prime requisite XP bonus in both the old class and the new class in order to dual-class. Example: a magic-user that wishes to dual-class as an assassin must have an INT, DEX and STR of 13 or better.

Optional Training Cost: the GM may want the character to spend 1D6 months and 1D6X100 gold pieces training before gaining level 1 in the new class, to justify the development of the new abilities at level 1.

Hit Dice: Hit dice are based on the old class level and do not improve until the new class’s bonuses would exceed the old class. For example: a wizard (level 5) who cross-classed as an assassin would not gain new hit dice until he reached assassin level 6. He would use the better of the two attack chart options for his class.

Saves: use the better of the two classes saves. In our magic user/assassin example a level 5 magic user has a Saving throw of 11. He will go to Save 10 when his assassin class reaches level 6.

Attack Rolls: On attack rolls use the better option of the existing class levels vs. the new class. So, to look at our magic-user level 5 who dual-classes into assassin, his chart is the same for both classes, so when he reaches assassin level 6 he’ll advance on the attack table like normal. A level 5 magic-user who dual-classes into fighter has a magic-user THAC0 of 18 at level 5, which means his THAC0 goes to 17 when he reaches fighter level 5. If you use the attack bonus and ascending AC option on page 44 of S&WC it’s even easier to figure, and according to that chart a level 5 MU has a +1 attack, while the fighter improves to +2 at level 4, so our dual-classed MU 5/F 4 has +2 attack.

Armor and Weapon Proficiency: when dual-classing the character gains the additional armor and weapon skills of the new class. However, the character still suffers any special restrictions regarding the use of such weapons and armor in the old class; this means a magic-user can’t cast spells in non-magical armor, and a thief can’t use thieving skills while wearing anything heavier than leather (just like multi-classing restrictions).

Optional Continued Class Advancement: The GM can optionally allow the dual-classed character to advance in the old and new class once both of them are the same level. At that time, continue to divide the XP into two parts, but both classes gain the XP. This requires keeping track of two separate XP totals. For example: our magic-user level 5 reaches assassin level 5. He had 25,000 XP in magic-user when he decided to dual-class in assassin. Once he reaches level 5 (12,000 XP) in assassin he may now proceed to advance in both classes, tracking XP separately but dividing all XP earned equally between the two classes. Once he reaches this point all multi-classing rules in the main book now apply.

Vastor Redscar was a student of the dark arts out of Asvinar under the tutelage of the wizard Taraman Dazaes when his master was assassinated. He was spared by the assassin, a woman named Rapineleth, who was impressed at his resourcefulness. She indoctrinated him in to the Guild of the Riven Flesh, an esoteric order of cultic assassins dedicated to the mad god of darkness, Ghaol, where he has prospered ever since. 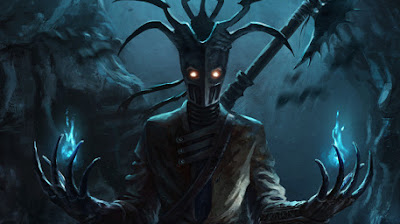