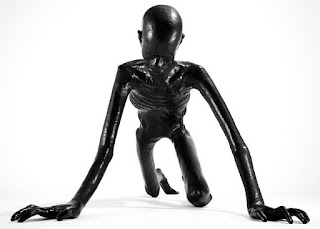 Silgur Skinmen
CR 4 (1,100 XP)
CE medium humanoid aberration
Initiative +3
DEFENSE
AC 13
HP 55 (10D8+10)
Immunity: necrotic, poison and poison effects, disease
Vulnerable: radiant
OFFENSE
Speed 30 feet (20 feet in a corpse puppet)
Multiattack the silgur may strike once or twice with its razor claws.
Melee Attack – Razor Claws +7 (reach 5 ft, 1 target), 2D8+3 slashing damage and target must make a DC 15 Constitution check or become paralyzed for 1 minute. The target may make a new save each round to shrug off the paralysis.
Stealth Attack: silgur skinmen are natural stalkers and gain advantage on stealth checks to sneak up on victims unawares in dark or shadowy environments. They add 3D8 damage to strikes against a surprised opponent against whom they have advantage.
Statistics
STR 17 (+3), DEX 16 (+3), CON 12 (+1), INT 8 (-1), WIS 12 (+1), CHA 10 (0)
Languages: common, one other
Senses: superior darkvision, blindsight, Perception +3 (passive 13)
Skills: Stealth +7
TRAITS
Regeneration: Silgur skinmen recover 5 hit points per round. Damage from radiant sources will halt regeneration until the end of the silgur’s next round.

Corpse Puppetry: any small, medium or large target that reaches zero hit points to which the silgur is adjacent may become puppeted by the silgur as an action. This kills the target if it was not already dead, as the silgur will cut a hole into the victim’s corpse and enter with chilling speed, wearing the body almost like a skin. While wearing a “corpse puppet” the silgur can escape casual detection (DC 15 perception check) although those who are aware of the silgur’s presence previously may be suspicious and roll with advantage. If the corpse puppet sustained heavy damage prior to death it might also grant advantage to those observing the puppet’s motions. Silgur skinmen cannot puppeteer a corpse more than an hour or two old, however.

The silgur uses corpse puppets to sustain additional damage; the corpse puppet can sustain 40 points of damage before the silgur takes damage (60 HP for large puppets and 20 HP for small puppets), at which time the corpse falls apart due to the loss of structural hit points. While worn, the silgur can benefit from using any weapons in hand of the corpse puppet, as well as any armored AC due to armor worn by the victim.

Silgur are an ancient race descended from the stars. The stories are that they were a servitor species of an ancient star-traveling realm, used to manipulate test subjects by their vile masters. One day a silgur escaped into the wild, and as its species procreates through the seeding of a corpse puppet host it laid eggs and propogated before it could be caught. Now the silgur are a threat everywhere.

Silgur skinmen get their name from their slender, gaunt appearance. A sligur’s skin is black and leathery with a glistening wet sheen, with sharp silver knife-like fingers. They have no visible eyes, mouths or noses. When the silgur kills a target it rapidly cut an incision in the victim’s back and slides almost effortlessly in to the body, creating disturbing protuberances beneath the skin. The silgur then puppeteers the fresh corpse, its skin somehow manipulating muscle and bone to do it’s bidding.

Silgur can only manipulate a corpse for one to two hours, and as rigor mortis sets in they must leave the body or go into a state of torpor from which they do not awaken until all nutrients in the body have been absorbed, a process that takes nearly as long as the body normally would to decompose. Silgur in this state of torpor usually awaken when they sense the presence of a new viable life form approach within three hundred yards of their location.

Silgur, though intelligent, still behave strangely due to the programming of their lost masters. A silgur, left to its own devices, will seek out victims, slay and puppeteer them, and drop the corpses off in a sort of eerie charnel house as if it is gathering bodys for the research of its lost masters. Despite being able to speak, silgur do not seem capable of deep thought or questioning their own behavior beyond the insatiable need for freedom and the gathering of corpses. 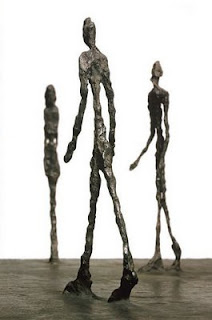